I can type again today without pain, huzzah, though I’m going to try to minimize it for a while longer, I think, given that yesterday, typing still hurt a bit. Hand doctor appointment yesterday was interesting — he showed me the calcification on the X-ray (at the leftmost point of the wrist, see the ghostly spot?).

It’s been improving steadily with immobilization (hooray for the Walgreens brace Kevin picked up for me); I can almost cut vegetables again too, though I’m still mostly having Kavi and Kevin do that for me. The wrist is still weak — I was trying to transfer lentils into the green tomato chutney yesterday, and ended up dropping the pot into the chutney, so that wasn’t ideal. Make haste more slowly, Mary Anne.

But definitely getting better. Doc says to watch it for a month. If it gets worse, let him know — there’s a sequence of treatments they can try: physical therapy, then if that doesn’t work, steroid injections, then if that doesn’t work, surgery. But if it’s improving this much on its own, I probably won’t need any of that. Fingers crossed. (I can cross my fingers now too. 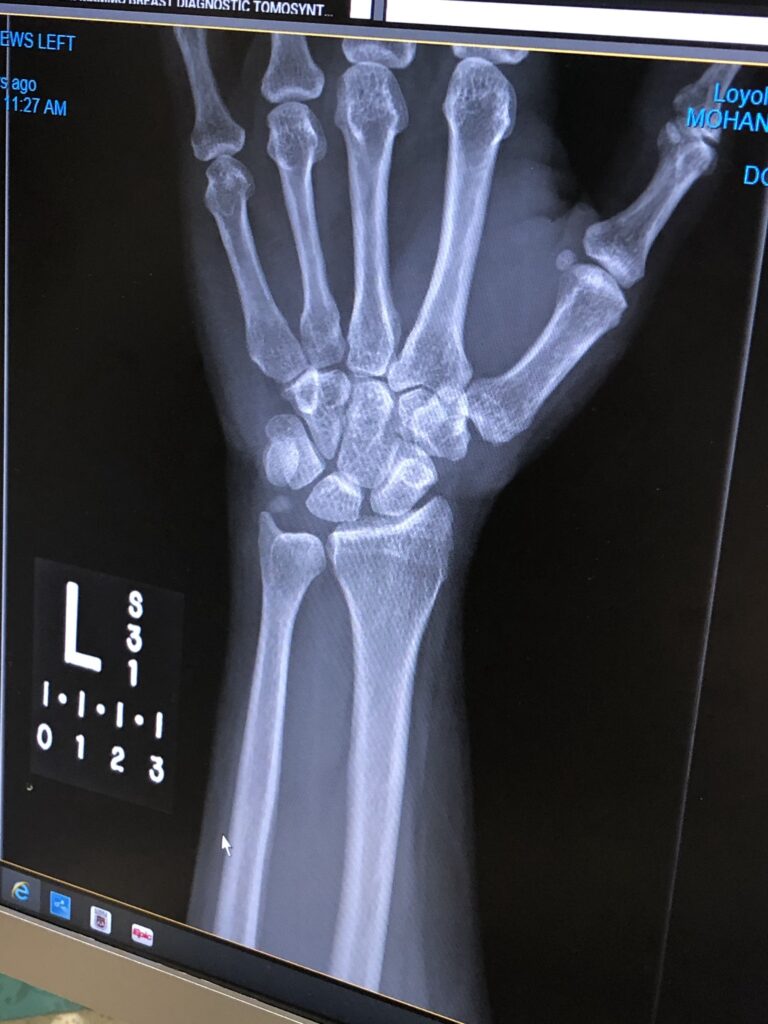