One nice thing — Kavi came to me around 3:30 yesterday and asked if I wanted to play a board game, and I put aside the work I was going to do and said yes. Teatime is the perfect time to ask me to do something fun, because that’s usually when I’m losing energy for work and need to break for a few hours.

We made popcorn, Kevin joined too, and I taught them Ticket to Ride. (Anand was invited, but didn’t feel like playing.) I’m very bad at this game, so as I expected, both of them STOMPED me.

I’ve now downloaded the iPad version, though, which is very good, and I’ve played a bunch of games against the computer, and I think I’m seeing a little of where I was going wrong before.

It’s a little like Pandemic strategy, I think — in Pandemic, you need to focus on trade in for cures, rather than eliminating disease, and it’s easy to get caught up in the latter and then lose the game. In Ticket to Ride, it’s easy to get caught up in completing tickets, but while it’s important to complete high point tickets so you don’t get penalized, you may get a lot more points by putting down longer segments, so you shouldn’t get fixated just on completing tickets.

Anyway, Kavi may be in for a surprise when we try a rematch. Which we’re going to do in about five minutes, when she finishes the show she’s watching. Stay tuned! 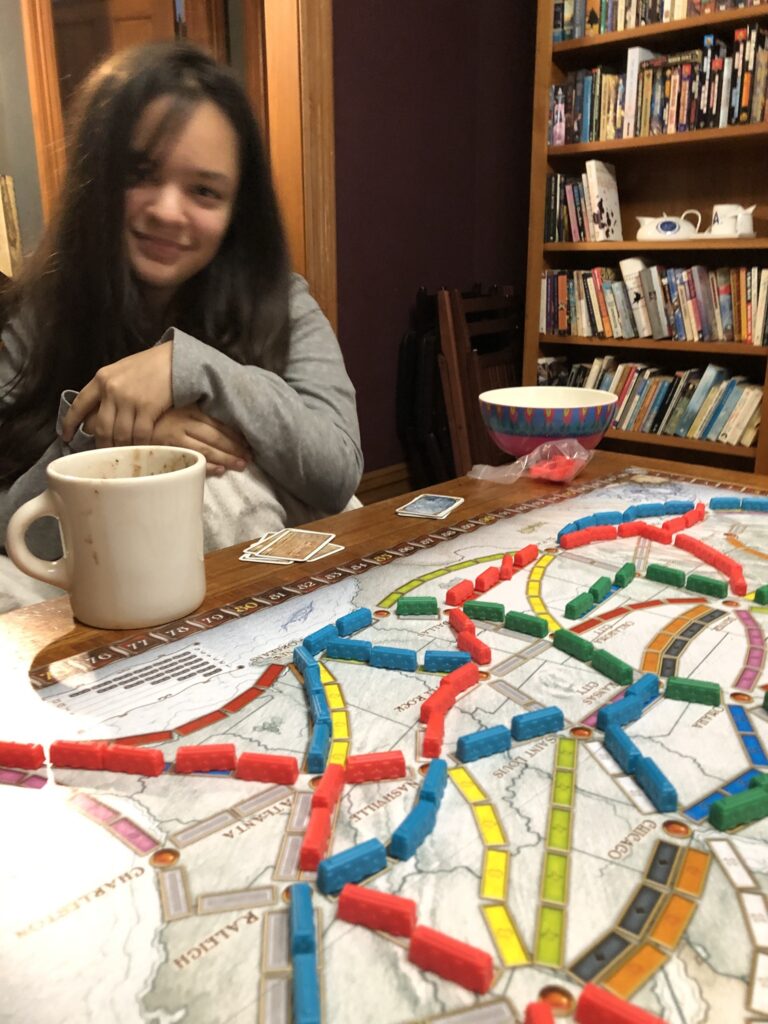