Well, I didn’t finish this tea towel in time for the challenge — teaching had to take priority, alas. Not that it really matters, given that I tend to come in around 700 on the voting! But I’m reasonably happy with this draft, I think. I thought about filing in some of the white space, but there’s enough going on with the design itself, I think it’s probably better to leave it. I’ve ordered a swatch, so we’ll see how it looks in person!

If I’d drawn the letters thicker, I think I’d have had a little more room for doing interesting design things with each one, but some of them are pretty complicated on their own, and I was worried about compromising readability.

I embedded a little language joke in here, that may only amuse me — the letter that makes a sort of ‘e’ sound, I made up with elephants. But of course, elephants don’t start with ‘e’ in Tamil.

It’s not a very good joke, because that letter is actually mostly represented with ‘i’ when transliterated, but oh well, it made me laugh. 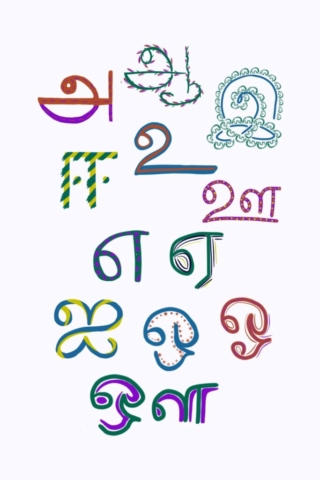 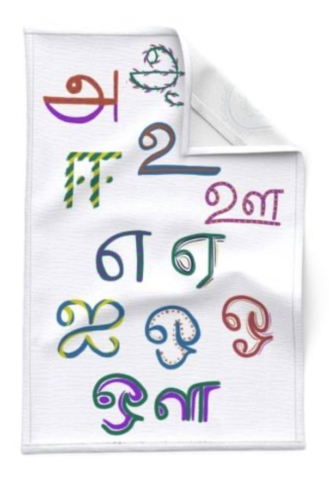 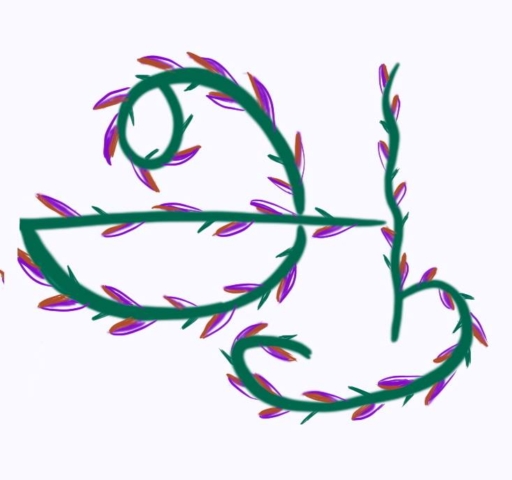 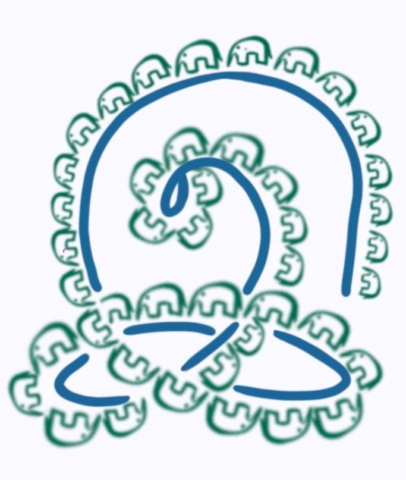 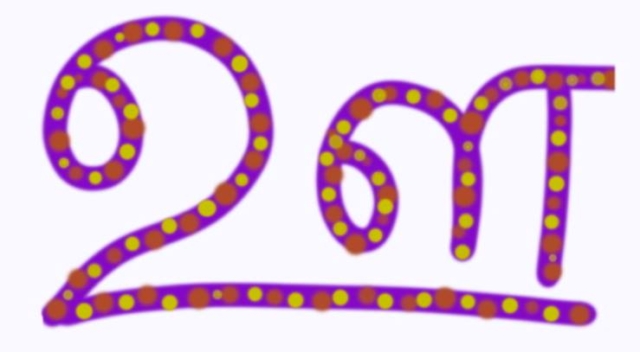