Drizzly but not cold this morning, which is pretty much my favorite weather. Made me miss the Bay Area, where we had three solid months of this, January to March. We might try to retire there, in a decade or two. Housing prices, though!

Mostly working on teaching stuff today, though hoping to get back to story drafting at some point — I added about 800 words to a story yesterday, and I think it just needs 1-2 more scenes to finish the draft. And I’ve started getting comments back on the story I was having trouble with, and I think I’m getting a better sense of what’s wrong with it. Which doesn’t mean I can actually fix it, but y’know. It’s a step.
We did have a little kid e-learning stuff to manage — Anand had a minor meltdown over his English schoolwork, which was kind of funny, because when he tried to complain to me about it, specifically about how annoying it was that they used complicated words like ‘theme,’ I, of course, just started explaining it, and he cut me off and said, “I guess it’s sort of pointless complaining to an English teacher about how annoying English is.” Sorry, kid!
And in fact, now that I know this is an obstacle for him, we’re probably going to take a walk sometime soon and I’m going to talk to him about jargon and the usefulness of specific language for more advanced concepts and conversations. If I can convince Anand that his teachers aren’t being difficult for no reason, it’ll probably go a long way towards getting him to actually engage with the material.
There are some unexpected advantages to e-learning — at this age, 5th grade, Anand can mostly work on his own (thankfully), but just being around, we have a much better sense of where he’s having difficulty and can help out more effectively.
I took a break around lunch (leaving Kevin to supervise the e-learning) to swing by Roshani’s house and help her brainstorm back garden design — I think she knows what she wants, but sometimes it helps to have a friend to bounce ideas off of. And then we swung by Luurs and picked up some little mums and celosia and such for fall planters — it’s a little more expensive there than at the big hardware stores, but it’s a family-owned small business, and I want them to stay in business through Covid, so happy to throw a few extra dollars that way.
Swung by the bank, deposited the Mascot check (woot!), and then came home to find Kavi coming downstairs, weeping because her very pink eyes were hurting so much. We had a family confab, and decided it was almost certainly seasonal allergies — she’s had that happen at school before. So I had her put a warm wet compress on her eyes, and take some chewable Benadryl, and told her she could be done with school for the day. She just had art left, and she says they’ll post the assignment and she can do it later.

So now we’re curled up in bed together, watching the next episode of Lucifer. The Benadryl does seem to be working; her eyes are looking better. I have to keep working on e-mails for a few more hours, but I can do it curled up with her, with Lucifer running. There are some advantages to e-learning. 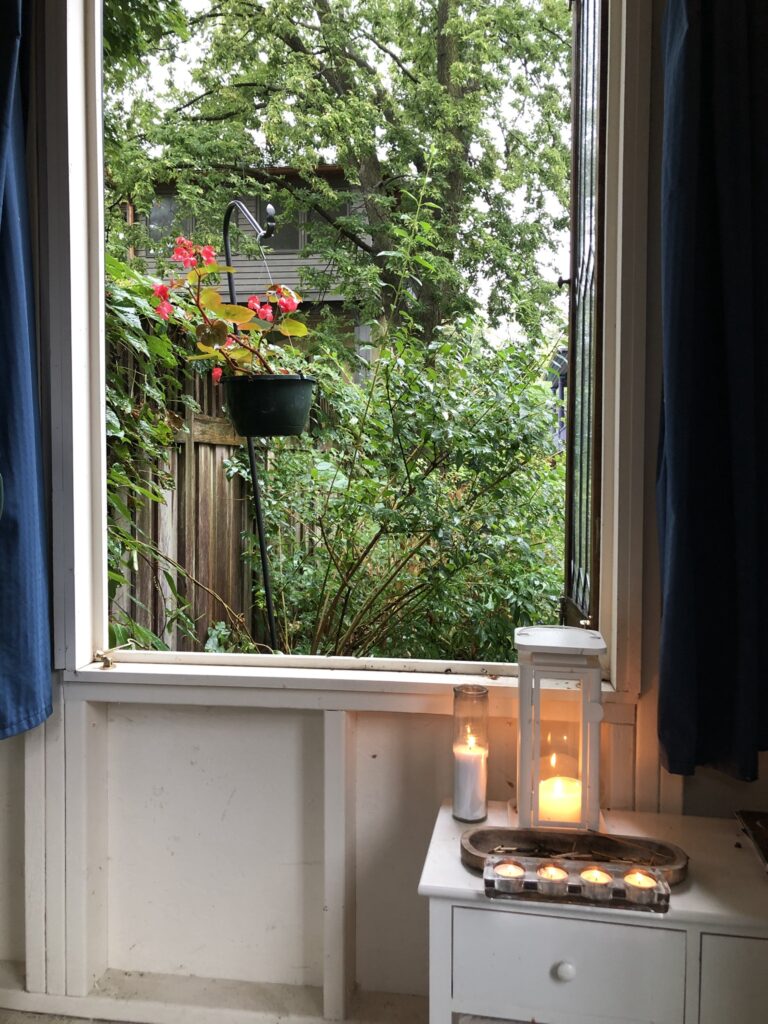