Feeling grateful that Kevin and I both have work-from-home jobs. We’re able to swap off keeping an eye on Anand and helping to keep him on track, which is clearly going to be important.

I think it’s time to call his doc again and talk about maybe meds for his ADHD — the inattentiveness is really challenging for Anand, and now I’m seeing it up close. He’s fine in a one-on-one, or in a small breakout room with a task and 2-3 other kids to work together. But as soon as he’s back in the big room, he has an incredibly hard time paying attention to the teacher.

I’m glad I picked up this lap desk, so he can easily work on the couch too, because there was no way he was going to be able to sit at the kitchen table all day, clearly. He made it about an hour.

And honestly, I think it’s better for Anand if he’s moving around somewhat, and that may be a bit hard to accomplish. (The Spanish teacher had a macarena video break, which was great, but we had to coax him to actually get up and do it — I ended up doing it with him.)

Note that he brought one of his fidgets with him — fidgets are clearly going to be KEY for him.

I looked for a yellow lap desk for Anand, and ended up paying a little more than was necessary for this Hogwarts Hufflepuff-themed desk from Pottery Barn. (Yes, I know, Rowling, but putting the transphobia aside for now.) The kids both like it — the top slides open so there are storage compartments on left and right, which may be useful. But mostly it’s comfy and sturdy. Plus, yellow! 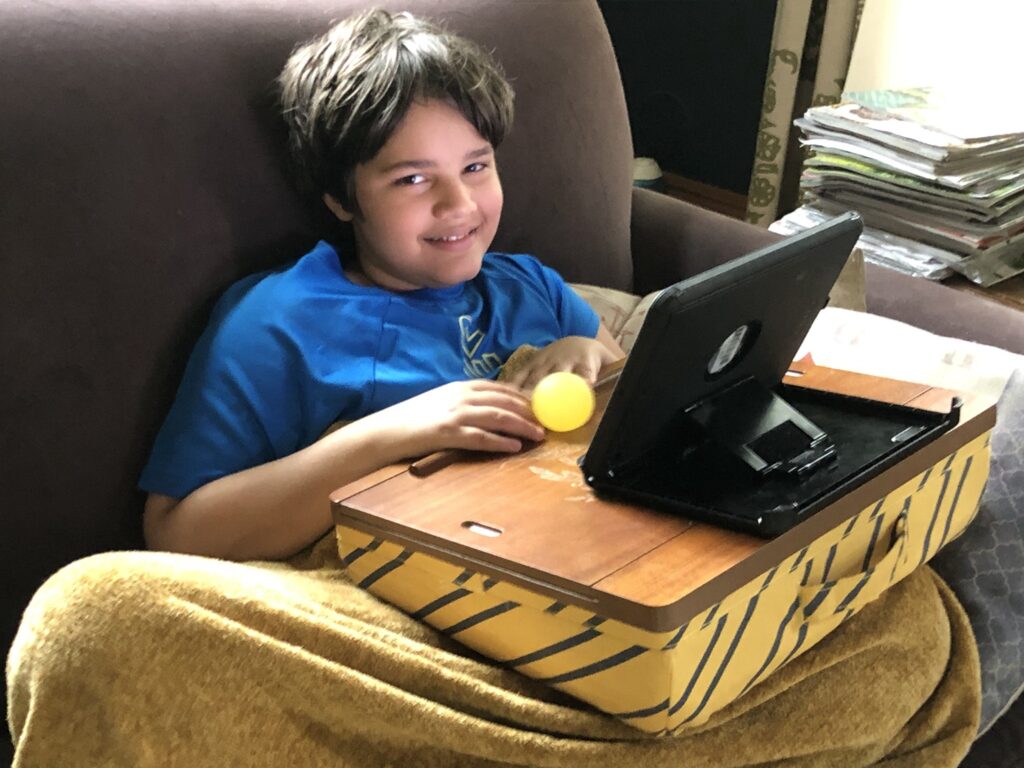