This is long. Writing + finances + life choices. Thinking about how to maintain this level of writing in my life going forward, without quitting my job. I really can’t just quit my job — we need the money to cover our base expenses. I could go on Kevin’s health insurance, but that still leaves a significant income shortfall.

I could try to do what N.K. Jemisin did, and build up enough in Patreon support to enable me to quit and just write (well, you know I wouldn’t ‘just write’ but write fiction daily, working towards at least a novel / year). Let’s do the math:

My take-home pay is around $4000 / month. My Patreon currently makes, oh, $275 / month. So, um, I’d need to significantly increase my Patreon support to match our current expenses. (I do not have as many fans as dearest Nora Jemisin, possibly a little bit connected to not actually publishing fabulous novels yet. Hmmm — chicken, egg.)

Kev and I could, in theory, trim back some on expenses, but honestly, not that much without feeling the pain, and I wouldn’t want to be in the position of longing for my day job again.

And I do make other chunks of money from writing, but they’re very unpredictable — it could be $2000 one month, or very rarely $5000, but much more often, it’s more like $500. On the task list for this coming year is getting control of my backlist and getting it on Amazon to sell direct to readers, which should provide another steady revenue stream, but that’s going to be a process. It’ll take at least a year, I suspect, to see a lot of progress there.

(Let us not consider the massive chunk we sunk into Feast, which may or may not break even; we’ll discuss that another day. And all the money I bring in for writing and mask-sewing and treat boxes and such right now pretty much goes right back out again to pay my part-time staff for social media management, video editing, indie book production, bookkeeping, etc., but that’s just complicating, so let’s set it aside too. I’ll do another post about all that at some point; our new bookkeeper (hello, Cara! we love you!) is getting the indie press finances in order which will make it much easier to do that post. Spreadsheets coming, woot.)

So I think, realistically, I need to plan on another year or two of day job at least. And maybe much longer — I do actually love teaching, and being a professor is a career I adore, that I’ve worked towards for a long time, so maybe the question isn’t how to stop teaching, but how to adapt the work to make space for writing. (I mean, if UIC *wanted* to let me teach one class / year for the same salary, I wouldn’t say no, but I think you’ve got to be way more famous than me to get that kind of deal, alas.)

So, carving out time to write. Our kids are older now, so it’s not the same kind of question it was when they were little. They’re mostly self-sufficient, minute-to-minute; we need to put a certain amount of daily time in with them (and want to — Kavi will be leaving me in just five years, AUGH), but these days, they’re really quite flexible about when that is. And it’s more like 2 hours / day of our time, rather than 20 kazillion (that’s what it felt like when they were little).

I think for me, having mornings clear is going to be key. I had a few morning appointments this week, and it turned out okay. I got my day’s words done, but it was still a little stressful. If I can schedule it so nothing’s in the calendar before 12, then that gives me up to 6 hours for writing. More realistically, since my ‘start getting up at 5 a.m.’ plan didn’t quite take, 4 hours for writing?

Which is honestly fine — if I allow a little ‘getting into the work time’ and some ‘staring out at the garden and plotting’ time, and only manage 2 hours of actual writing, well, that’s when my fingers start needing a rest anyway. And 2 hrs writing / day = 2000 words / day = 60,000 words / month, which is the first draft of a short novel. If I did 2000 words every day, I would feel a lot more like a working writer than I normally do these days.

I mean, I kind of think that’s what I want for my life going forward, for the rest of my life. Two hours every morning writing. Let’s say it big:

Should be possible. Maybe that’s the goal for year 49; figure out the systems that will make it possible to do that that for year 50 –> onwards.

So that raises the big question of teaching, because I can avoid meet-ups with friends and business calls in the morning relatively easily, esp. if I’m willing to pack my afternoons solid and occasionally go into the evening / weekend. (And maybe sometimes say no to things? Shush, Mary Anne. That’s silly talk.) But what about classes? Occasionally I only have afternoon classes scheduled, but often I have morning ones.

Well, once we’re back in the classroom, I think I start actually requesting afternoon classes when possible. I’ve been at UIC 10+ years, and mostly, I’ve been super-flexible about when they scheduled me, figuring that it didn’t matter that much to me, and my department would appreciate a little more scheduling flexibility. And they still might need me to take a morning class or two some semesters, and if so, so be it.

But right now, we’re teaching remote this fall. And even if there’s a vaccine in January (which I have some hope of), I expect there to be distribution limits, etc., so I wouldn’t be surprised if we’re remote spring semester as well. I hope not, but it could happen.

If I were doing synchronous Zoom in my normal class time, then teaching remote would save me some commute time (which is not negligible when you add it all up), but I’d still need to teach at 9:30, so that really would mean trying hard to get up at 5 a.m. to keep a 4 hr swathe free in the morning for writing.

But I told the department to list me for asynchronous teaching instead this semester. I actually did that for equity reasons — the more of us who can teach asynchronously, the easier it is on student’s schedules, because they’re going to be juggling jobs and parent care and who knows what else, in a tough economy and a tough season generally.

Of course, it’d be way easier to just drop into a Zoom class at my normal class time every Tues / Thurs. Asynchronous teaching is going to require a higher effort to maintain engagement from me, but I knew that going in, and I’m okay with it. I’m hoping to build out strong asynchronous modes of engagement for them, and also offer some optional Zoom times to come hang out with me. I’m even going to try Minecraft again, see if I can figure out how to use it without getting queasy…

But I think this is the plan. I talked to my agent yesterday, and Russ thinks if I can get him a book to look at before the semester starts, he should be able to look at it in a few weeks. I told him I was halfway through drafting another book, and he said he’d like a break between the two (presumably he has other clients’ books to read, so totally reasonable). So I’m setting myself these goals and this plan:

– by Monday, August 24 (sooner is better), finish Liminal Space and send it to Russ. I think this book is actually really good and I rather love it; if he doesn’t like it, then I think he’s maybe not the agent for me. We’ll see.

– Tuesday, August 25: classes start — take a break from writing for a week and focus on getting the semester off to a good start, getting to know my students, lots of extra engagement, memorizing of names, etc.

– Monday, August 31, open up Indenture novel, half-drafted, and start working on that. Aim for 2K words / day, so about 3-4 weeks to finish a first draft.

– by September 30th, have a first draft of Indenture, send it to Russ. (Hopefully will have a response back on Liminal Space by then.)

That’s pretty intensive work — I may stick a week of non-writing vacation in there sometime in early September, depending on Kevin and the kids’ schedules. We can do remote teaching and learning from a lake house in the woods, after all. Or I may find that very conducive to writing; hard to say.

But this feels good, feels right. I have books to write, people — the more I work on this one, the more I want to write other books too. Liminal Space was originally supposed to be book 1 in a series, and while I’m shaping it as a standalone right now, I can see the arc of the series it could be, and I’d love the chance to write that.

And Indenture — oh, that’s a big, scary book, taking on big, scary ideas. I might have to sneak up to it, and likely wrestle a lot before getting it into shape. And then there’s that memoir about domesticity and resistance. Maybe a poetry collection. More Jump Space short stories. More Wild Cards short stories. Maybe a Wild Cards novella.

All of which takes time. And the time isn’t going to just run up and present itself — no, it has to be carved very deliberately out of the rest of my life. Oh, it’s possible Russ will sell a multi-book contract for me, bringing in enough money that I can take a few years off teaching, but the smart plan is not to count on that. If it happens, great. If not, I want to be writing regardless. Say it with me again:

Okay. We have a plan. Hold me to it, peeps. (I almost want to start up a club with that name. Although not everyone is a lark. TWO HOURS EVERY DAY WRITING? Hm.)

And local friends, if I say, “Oh, let’s get together for open-air masked coffee Wednesday morning, that’d be fun!” I’d very much appreciate it if you’d respond with: “Aren’t you supposed to be writing in the mornings? How about afternoon tea instead? Or maybe an evening drink?” 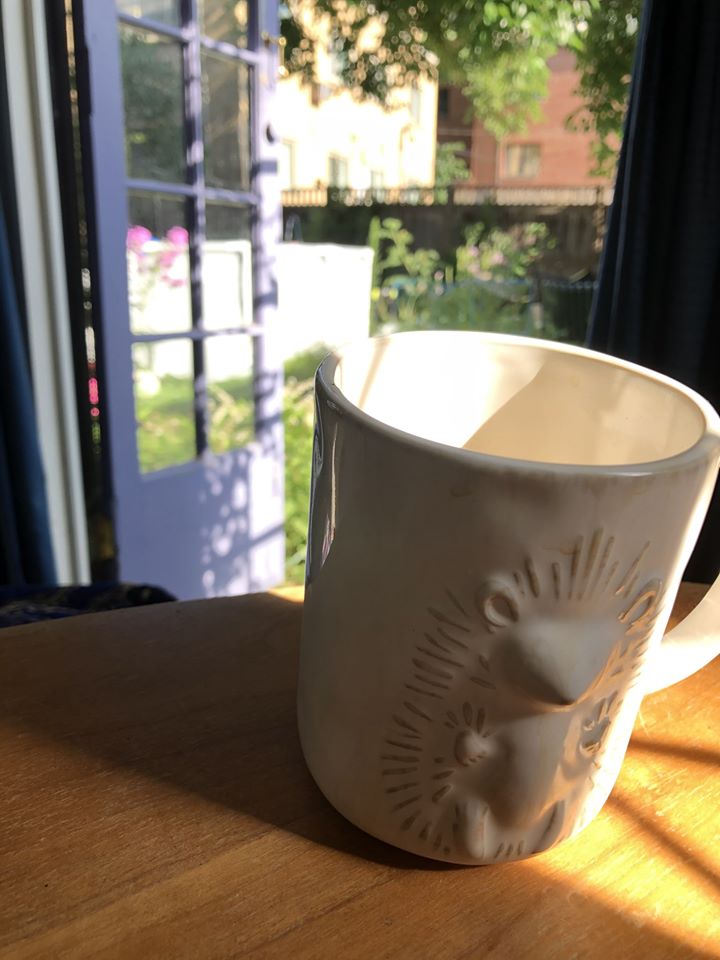