Our compressor ran out of charge partway through filling the dragon, but the kids really didn’t want to wait for it to re-charge and finish filling — they insisted it was full enough. And they were right, as it turned out; the dragon was perhaps a little more tippy than intended, but that just made for more fun, tipping each other out.

Kavi hadn’t even put a suit on, but when she saw the dragon, she just went in the pool anyway. (We’ve been telling her it’s really fine to do that in our backyard pool, but she didn’t quite believe us, I think. Until now!)

We must have spent a solid two hours in the pool after the fire last night — I actually got tired at 8:30 and went to put myself to bed, and Kevin took over hanging out with them because they weren’t ready to stop yet.

Not pictured was the water pistol battle beforehand, because I was participating — or rather, I was being teamed up on by my children, who unmercifully attacked. I held my own, though — one pistol in each hand. Ka-boom! I should’ve called Kevin to take pictures, because I think it must have been pretty funny looking.

When our unicorn floaty arrives (being shipped from Uncle Jed’s, where we’d left it after the last California visit), and the pool noodles I ordered, I predict some epic battles will ensue. They’re going to take up most of the pool, but that’s okay! 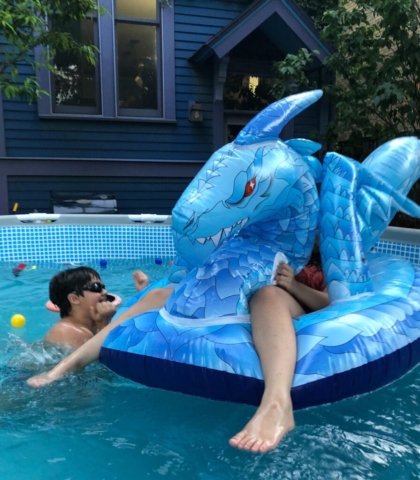 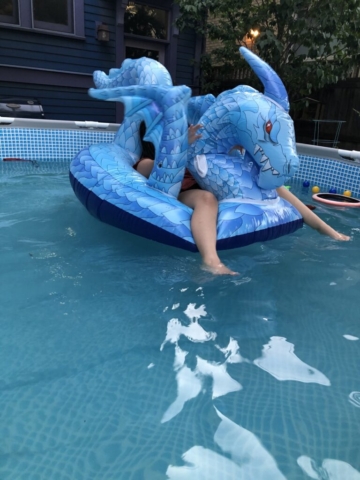 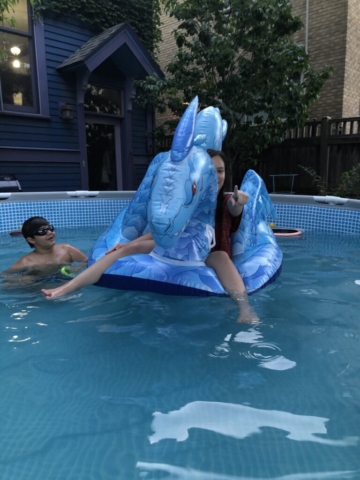 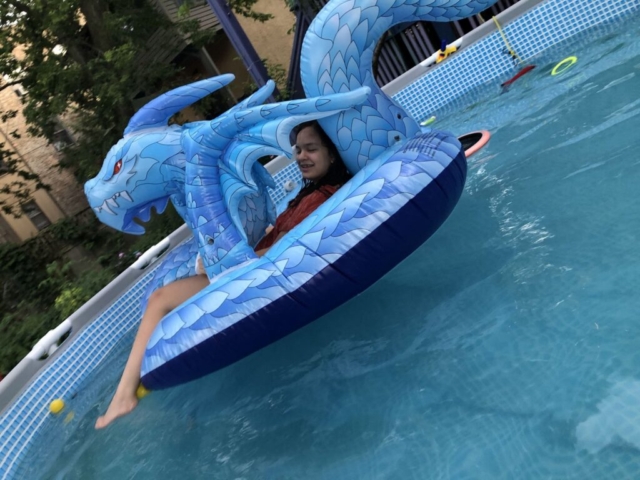 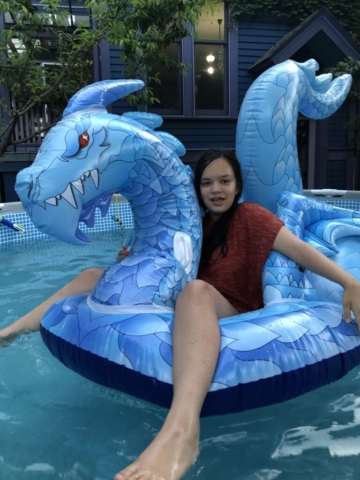