Sigh. I’ve been watching Madam Secretary while sewing masks recently, and the current episode is on Sri Lanka (season 4, episode 13), and as you might expect, I was excited to see how they’d engage with the complex Sri Lankan political situation…this could be really juicy.

There’s certainly PLENTY to engage with on a political show, even if you stick to the previous decades of ethnic conflict and don’t try to bring in the current Sri Lankan administration or the recent elections, which I admit might be tricky ground for an entertainment show, but you could totally bring in the current situation with China buying up so much of Sri Lanka’s shoreline, which would tie in well to the ongoing U.S. / China rivalry thread on the show…

Until I realized that oh, no. The entire episode is going to be focused on the Sri Lankan President’s tasseographer (tea leaf reader), and how the spirits have told him that this trade deal cannot go forward. Just, gah.

This is just such lazy orientalist writing. If the producers had bothered to get a Sri Lankan writer as a consultant on this — me, or Sugi Ganeshananthan, or Nayomi Munaweera, or a host of others, we could have helped them write SUCH a better episode. Seriously disappointing.

And the dialogue, gah:

The Sri Lankan president: “Ranuga is going to grace us with a reading. He will tell you things about yourself you never knew…”

Ranuga: “In truth, I say nothing. I am merely the earthly chalice the spirits have chosen to fill with their wisdom….” 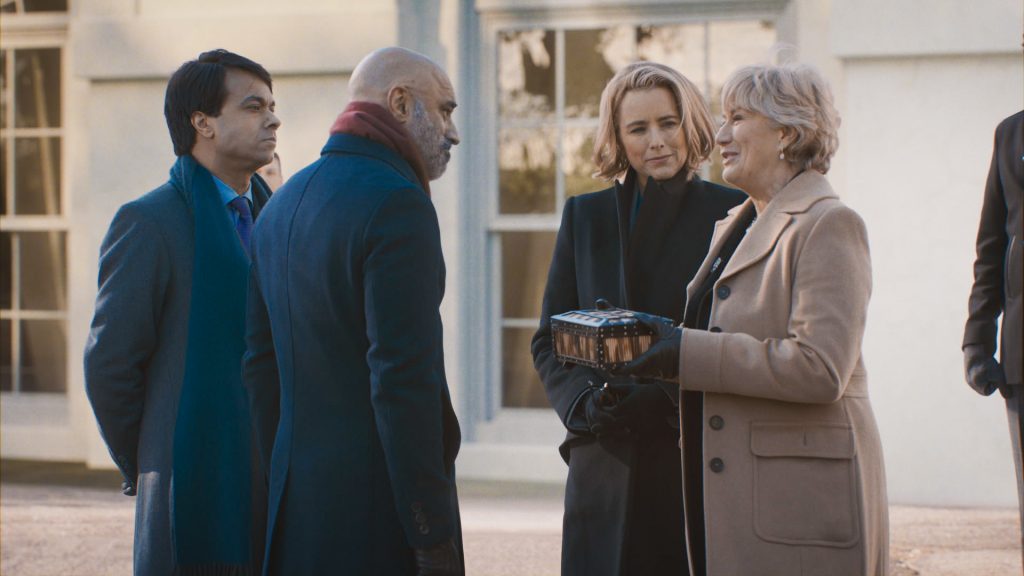