Early morning garden project, before it got too hot — I finally got around to leveling the base for the little bench I put in the parkway. I admit, I stuck it in there a few months ago, knowing it was likely to sink into the ground, and lo, it sunk. If you peer closely at the first picture, you can perhaps tell that the back legs have buried themselves a third of the way into the soil. 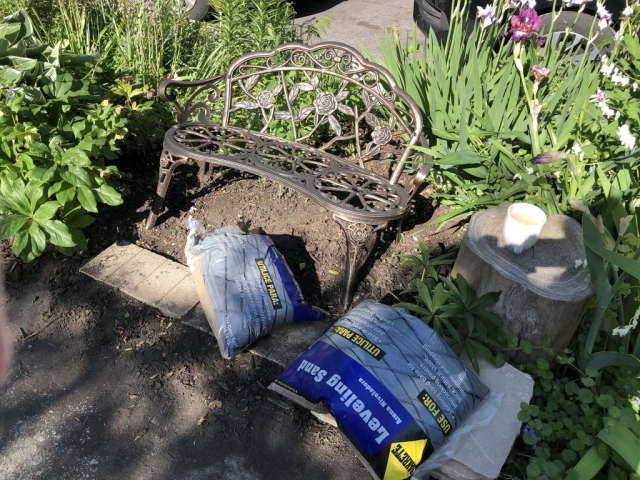 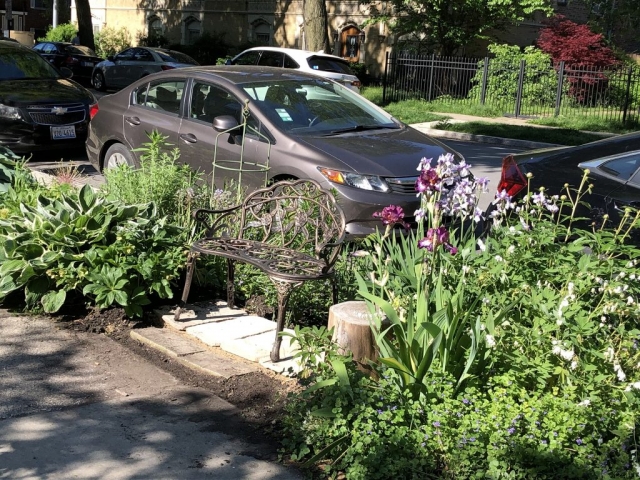 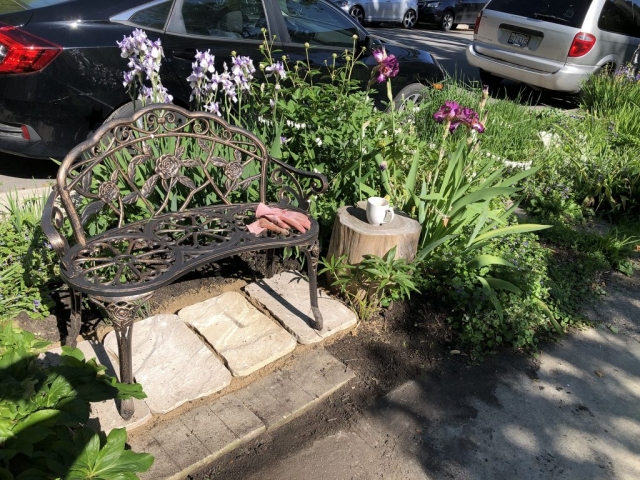 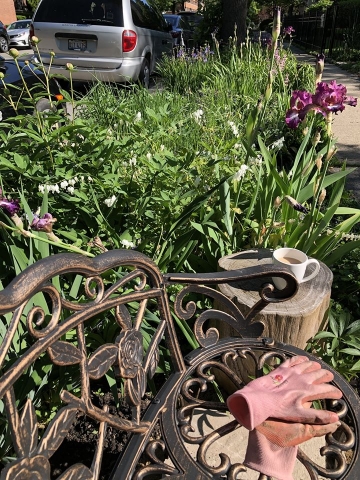 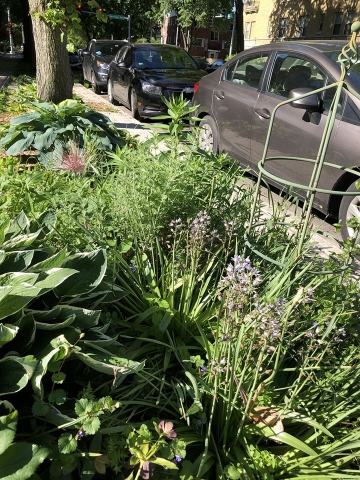 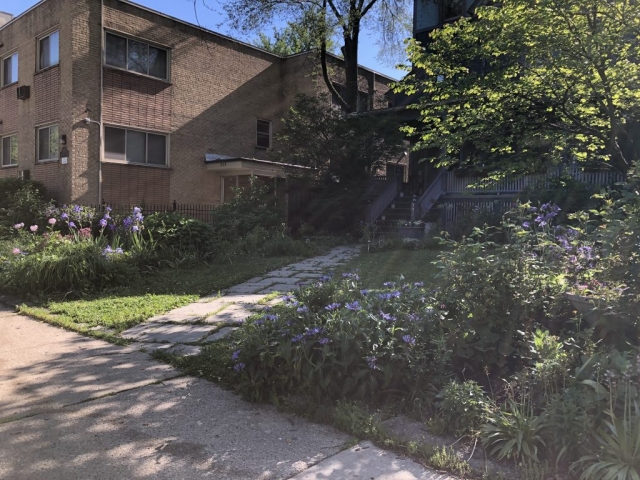 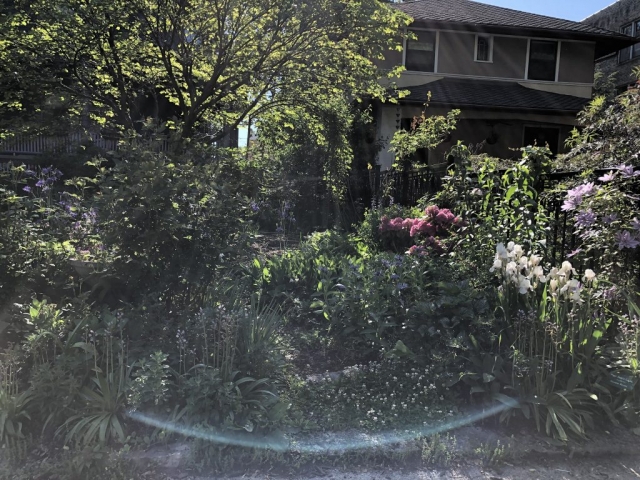 You *could* sit in it, and people did — I frequently glance out the window and see seniors and kids sitting there. But they were halfway to the ground!

I didn’t really know what I was doing, but I got some leveling sand (those small bags are HEAVY), and some stepping stones. Used a flat shovel to even out the area (after weeding it), spread a layer of sand (just ended up using one bag), and placed the stones.

I could have dug down a bit more, to make it slightly more flush with the ground as an end goal, but the bench is so small (I admit, I got the least expensive metal bench I could find, in part so I would be able to afford to replace it if it walked away), I decided that it would actually more comfortable if it were up a bit, and I think that’s right.

I’m going to get some more mulch soon, do a bit more weeding, and that’ll neaten the area up a bit. But overall, happy with the end result — I’m including some views of what you can see right now, if you sit on the bench and look around!