So, I survived a critique of my SF novel, again. Someday I’m going to write a novel that people really love, right? One where I bring it into workshop and everyone says, “This is perfect, ship it!” That would be nice. It’s hard not to feel disheartened after two solid hours of critique. (Maybe I shouldn’t schedule this kind of workshop at the end of a long workday. It might be better on a bright Saturday morning instead…)

I admit, sometimes I do wonder why we put ourselves through this. Next time, I’m going to tell my workshop that they have to tell me all the things they like first, before they tell me everything that I still have to fix. I want to be lavished with compliments, please.

The good news is that they actually don’t want radical changes, I think. They mostly want me to make the emotional character arc more explicit, make the stakes clearer, show us how the protagonist changes — I thought I had, but apparently it is not clear to most.

Unpack, Mary Anne. Your readers don’t live inside your head.

The other good news is that as it stands, the novel is only 60K words, so even if I add another 20K words of filling out all the missing bits, then I actually will get to normal novel length. So there’s plenty of space to work with.

I kind of want to dive into this right now, honestly. I still have enough backlog + teaching + meetings that I don’t think I can. But I’m actually completely unscheduled on Sunday — maybe I can block off 3-4 hours, try to start making some progress on it. We’ll see.

I think I’m at the point where on a short story, I would retype the entire thing, so I could be really free with the hopefully final draft, open to changing and refining the language, characters, even plot as much as needed, which is harder to do while just editing.

But oof — typing 80,000 words is a big commitment. I mean, I type about 120 words per minute, so if I were *just * retyping, that wouldn’t be so bad. A little over 11 hours. But of course, it’ll be much slower than that if I’m actually drafting & revising, probably more like 80 hours. Intimidating… 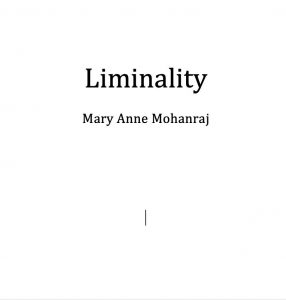