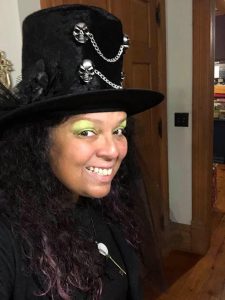 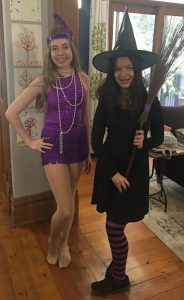 Kavi and me. Witchy! 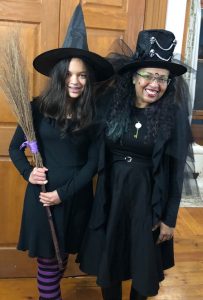 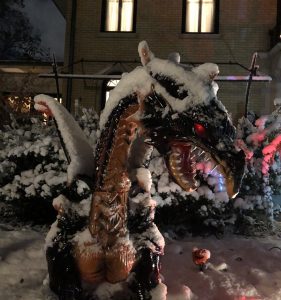 Anand was Percy Jackson — one house gave him double candy because he was a character from a BOOK.

Anand was a little bummed because he got cold trick-or-treating so came home early; as a result, he only got half as much candy as his sister (44 pieces to her 84, and yes, we counted), who kept going with her friend. But the holiday was saved by going to Roshani‘s party, where he was thrilled that so many kids were excited by the Mario level he’d made — it’s what he calls his ‘troll’ level, because it’s super-hard and full of invisible blocks and other secrets and tricks. They didn’t want to stop trying it when it was time to go and he was SUPER PROUD. 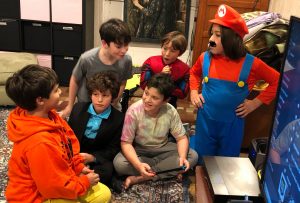 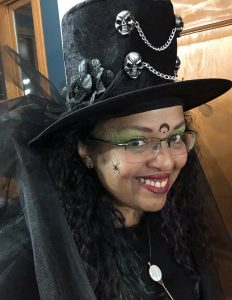