Facebook Instagram Youtube Twitter Patreon Shopping-bag
Menu
We rolled into D.C. about half an hour after schedule — my sister kindly came to pick me up as I staggered off the bus. It really wasn’t so bad, except for the fact that my feet don’t quite reach the floor so my knees kept waking me up all through the trip. Oh, these bodies. But all discomfort was forgotten when I joined the stream of people (mostly women, but not entirely) leaving the parking lot — it was exhilarating, even those first few moments. 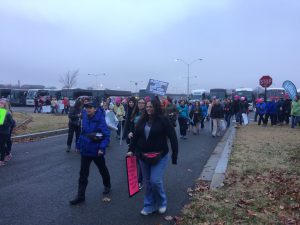 Of course, most of them weren’t going to go spend their first hour in D.C. with such adorableness as I was. Note Veera modeling Sharmi’s pink hat and her “The Future is Female” t-shirt. Tagore looks on approvingly with those huge eyes of his, that seem to gaze deeply into your very soul, asking what kind of future you planned to provide for the pair of them. 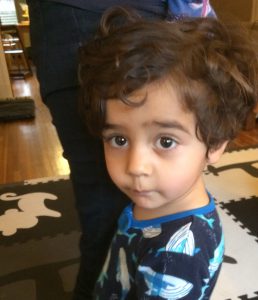 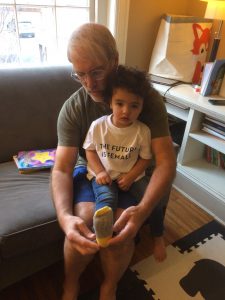 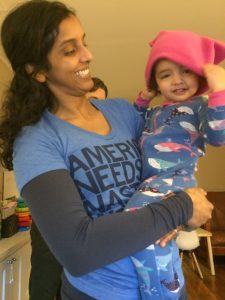 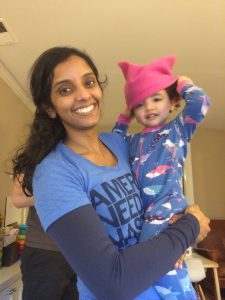 Could you disappoint those eyes? I submit that you could not. And so, we marched.
Getting ready to march. Wearing the right t-shirt is apparently important to us (me, Sharms, Katie), even if it’s going to be covered by a jacket for the entire march. 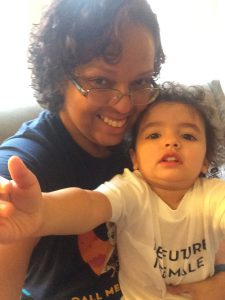 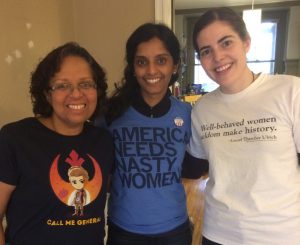 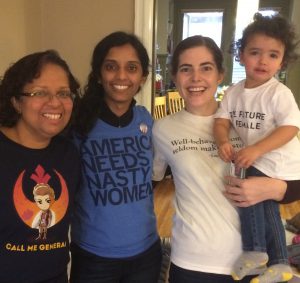 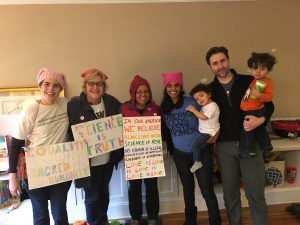