I wasn’t planning on going to D.C. for the Women’s March because I assumed it would take too much time, be too expensive. I was going to march in Chicago instead. But I went to a presentation at the library from Suburban Unity Alliance, and learned that the buses would be leaving Friday night and returning Sunday morning, which meant a really compressed timetable, that we’d be sleeping on the bus (hopefully), so no need to find a bed in D.C. near inauguration, and that the ticket would cost $220. Given all of that, it suddenly seemed much more feasible, and last night, I put in a tentative reservation for a Rally bus, which is now confirmed.

I don’t think the buses will be available for much longer, so if you’re interested at all, do take a look and consider it. I know that one of my real regrets is that on the night of Obama’s election, I could have gone down to Grant Park, and chose to sleep instead. I missed the chance to be part of something historic. I’m not planning to miss this one. The room last night was packed — they had to open up an overflow room because the line was way out the door half an hour past the start time. This one matters. 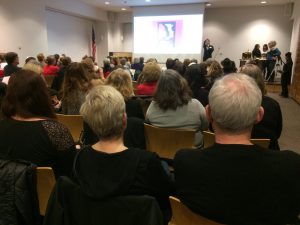