Last-minute Christmas shopping; the kids wanted to pick up some gifts for Jed and Kevin. Luckily, the Book Table was easily able to provide. 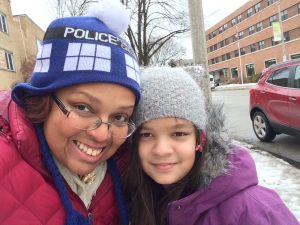 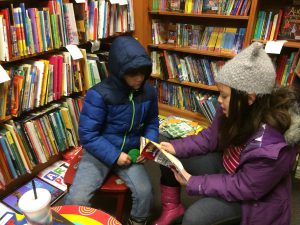 Christmas Eve dinner; hooray for takeout Chinese food. 🙂 Thanks to Jed for helping me make it festive (we finally put away the Thanksgiving serveware, and pulled out lots and lots of candles). 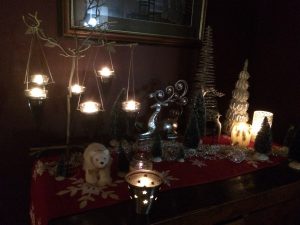 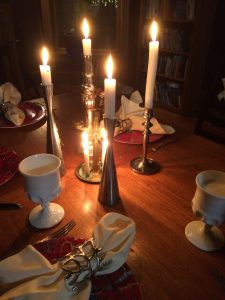 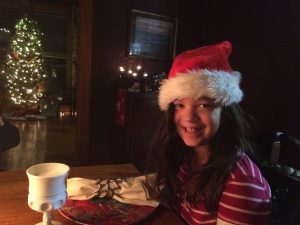 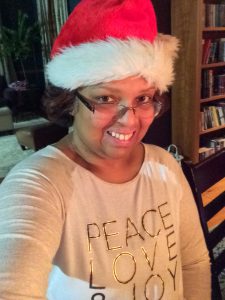 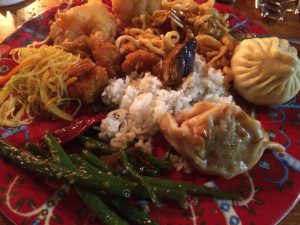 The dinner guests were amply entertained by a taking-turns-round-the-table Christmas story. A fog came up on Christmas Eve and Rudolph was on vacation, the horror! Wild hijinks ensued, involving elves making flashlights, batteries going dead, the Rudolph signal, Rudolph coming down with an illness that knocked the glow out of his nose, a magical call going out to the other holidays for help, the Lepus from Terraria intercepting the Easter Bunny’s call, which led to a boss battle with Anand summoned to the North Pole with his Terra Blade to defeat Lepus, and I admit, I was sort of losing the thread somewhere around here, but I’m pretty sure both Clash Royale and Mega Man X were involved before all was said and done and Christmas was saved (as it turned out, they’d gotten the date wrong, which was why Rudolph was on vacation in the first place…). Whew. 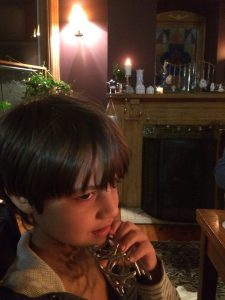 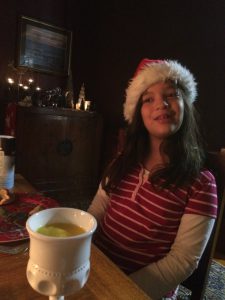 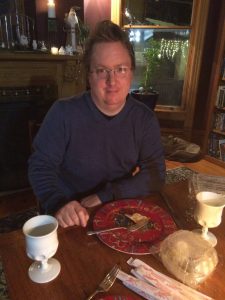 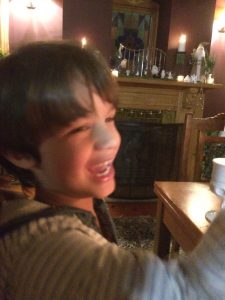 And now we’re off for the last round of present-wrapping, to be followed by opening our new books and pajamas and taking some chocolate with the books to bed. Good night, folks. Merry Christmas, Happy Hanukkah, Joyous Solstice. Wishing you light. 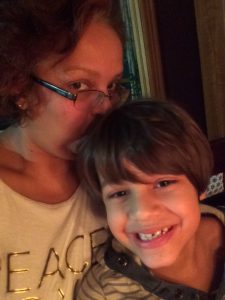 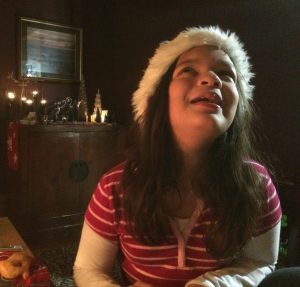 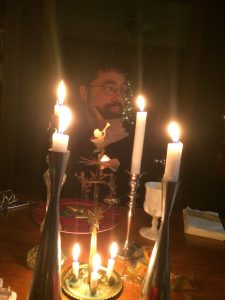 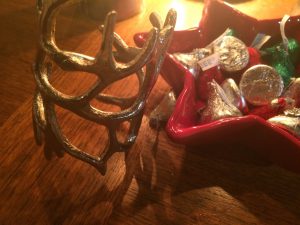