These don’t actually work so well, the ears tend to flop over, but they’re so darned cute that the kids and I are agreed that they’re still worth doing. And you get to eat all the failures… 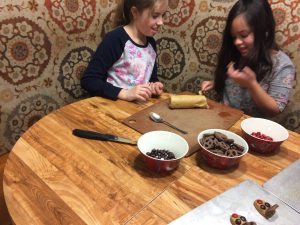 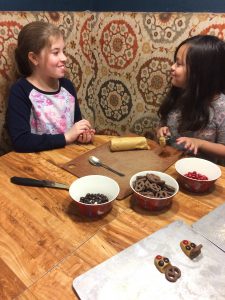 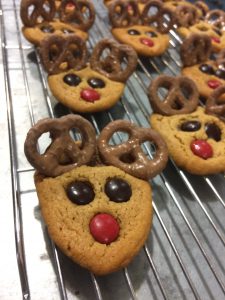 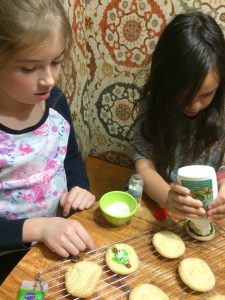 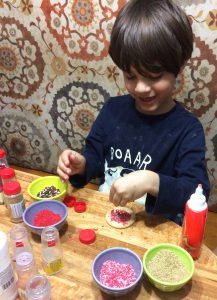 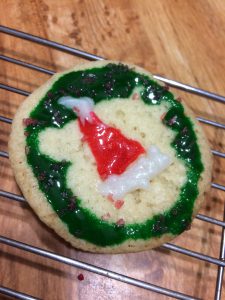 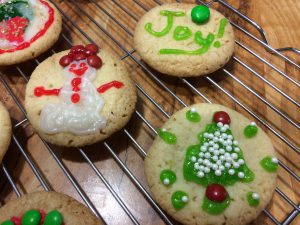 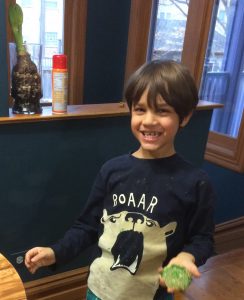 The snow meant that some people cancelled on my neighbors’ holiday party, which means they had too much food and sent me home with two large containers stuffed full of pierogies, blintzes, sausages, and meatballs in gravy. The snow also means that Kevin’s flight home tomorrow will likely be cancelled, and he won’t make it back until Monday or possibly even Tuesday. We’d rather have Kevin home, but if the snow taketh away, at least it also giveth some comfort food to ameliorate our sorrow. 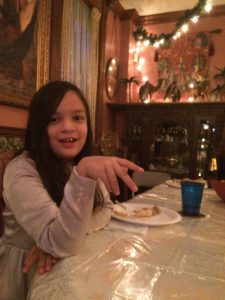 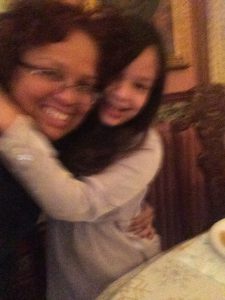 Anand insisted on trying to kiss me while I tried to take that selfie. Sweet, but made the photo-taking more challenging! 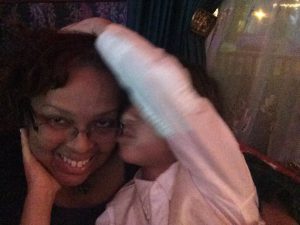 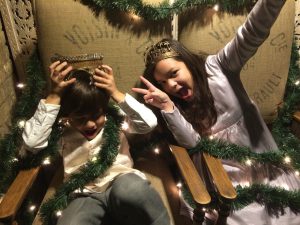