The weather today is just as perfectly autumnal as it looks in this photo. After a couple of years of cold and snowy Halloweens, this one was idyllic. 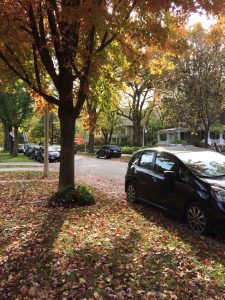 I’m pretty sure Anand ‘flexed his muscles’ for the entire school parade. 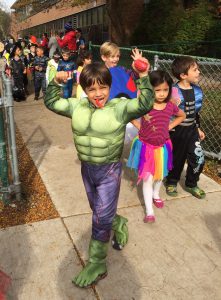 This sequence is Kavi being happy to see me, and then confused, because she didn’t realize I’d be back in town in time. Fun surprising her.

Unfortunately, she burst into tears later because I was the last parent picking them up from after-school activities, which I should have realized would be a cardinal sin on a holiday when they’re all out of their minds with excitement, waiting to go trick-or-treating.

Ah well — parenting. Win some, lose some. She’s got a bag full of candy now, so she’s happy. 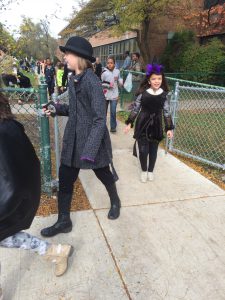 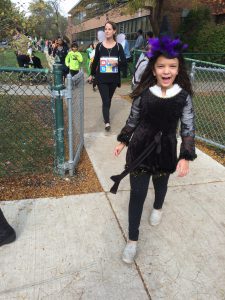 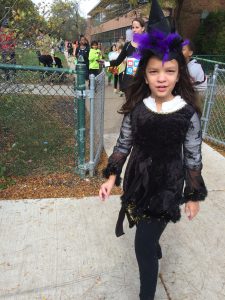 Kavi the witch, her best friend Cleopatra, and the photobombing Hulk. 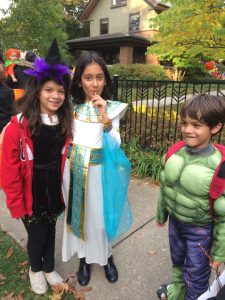 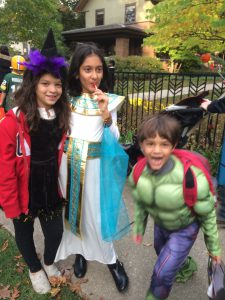 I am in love with that little bat. Thanks to John Mason for carving pumpkins with the kids while we were away! 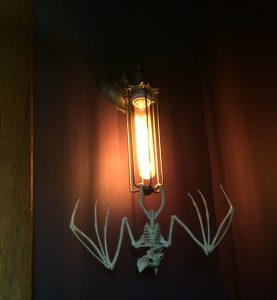 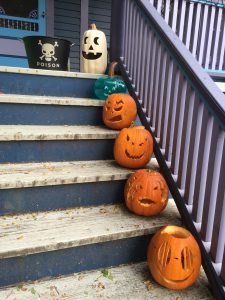 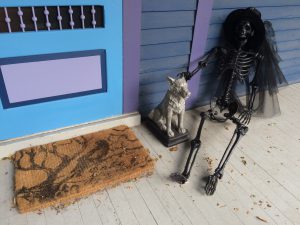 We didn’t do a big party this year, because it’s a school night, but we had a few friends over to trick-or-treat with us, and I put out a little food. Almost no actual cooking involved, but I did have fun molding purple chocolate into Halloween shapes to decorate the store-bought cupcakes (done last week, since I knew today would be a bit hectic due to travel), and turning crescent rolls into witch’s hats. Nice with spooky pate. Pumpkin macaroons, chocolate pumpkins and caramel chocolates courtesy Trader Joe’s. Kevin made a big pot of mac-and-cheese and we called it good. 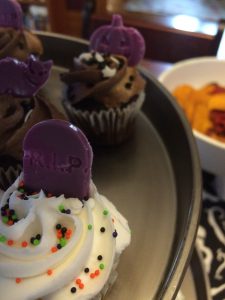 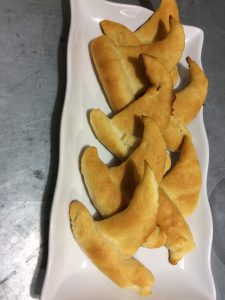 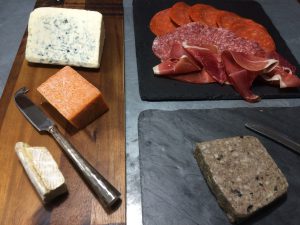 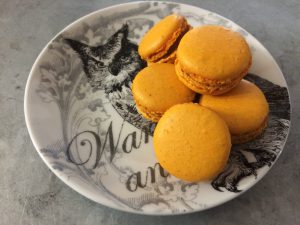 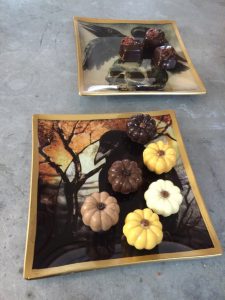 We had something of a snafu when the large metal bucket of candy I’d left out on the porch for half an hour while I got the kids from school and set out snacks was stolen right off the porch. I grumpily went off to the CVS to get more candy, thinking dark thoughts about…well, about teenagers, I’m afraid.

But my faith in humanity was restored somewhat by the nice man who loaned me his CVS number, so I could get the sale price on the replacement candy, saving a full twenty bucks. And then, when we went out trick-or-treating, we found the bucket out on the sidewalk, and since it cost as much as the missing candy, that was a relief. And we were charmed to find a woman walking her dogs and giving out candy while she walked, and then a policeman stopped to give out candy too.

So a nice night overall, despite the brief disagreeableness. So many cute kids, so many cute costumes. Happy Halloween! 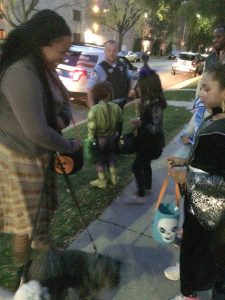