I said potluck for Sat board game nights so I wouldn’t feel obliged to cook much, but sometimes, you just want to cook. Winter is coming, and something in my bones is telling me to cook all the things. It’s a grey, misty sort of day, so I’m doing Roshani‘s beefy chili accompanied by the Fannie Farmer cookbook’s rich corn cake recipe (with extra corn added). I have sour cream and jalapeños and guac and cilantro and chips, so people can amend that as desired.

Also our standard egg noodles and reheated frozen meatballs, which reliably feeds the kids, and I picked up some hot dogs in case anyone wants to roast those by the fire along with marshmallows / s’mores. Might bake a loaf of pumpkin bread too — if people don’t eat it, my kids will happily have it for breakfast for the next few days. And of course, the various chips and popcorn and cheese and crackers we usually put out, plus tea and mango juice and beer and cider. And three pies (though we’ve made good inroads on both the pumpkin and apple in the last two days).

So — maybe today there’s not so much need for people to bring potluck food. But if they do, then there’ll just be more leftovers. It’s all good. Food. Food good. 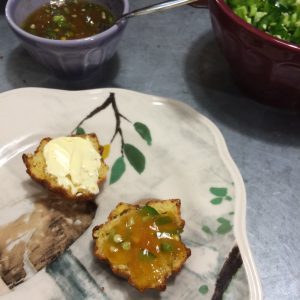 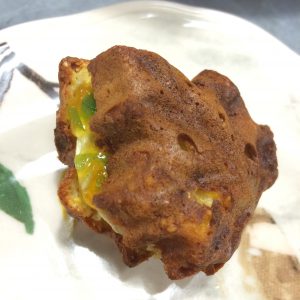 I’m pleased with the effect of adding chopped jalapeños to peach marmalade, slathered with butter on cornbread. (I left the jar out unadulterated, for those who don’t like spice.) Habañeros would’ve been even better, I think, but I had jalapeños on hand. 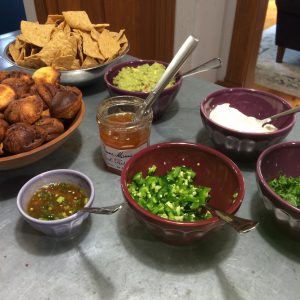 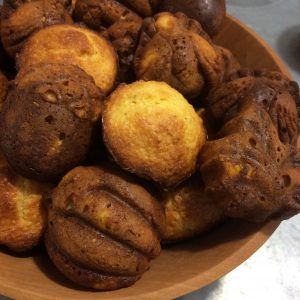 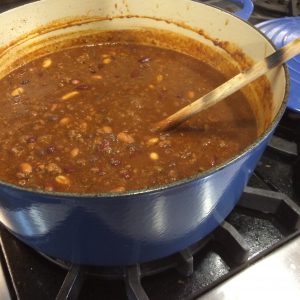