We have achieved backyard fire. I told the children to look spooky, but some of them were more amused than scary. 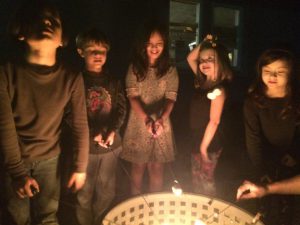 I was just going to have them toast marshmallows over our first fire, but the kids begged for s’mores, so I acquiesced — but s’mores are too sweet for me, so I added raspberries to mine. Recommended!

We just used the classic Hershey’s chocolate, but next time, I think I want to try Ghirardelli raspberry-filled chocolate squares, and Kavi wants to try their caramel-filled squares. Because apparently her s’mores weren’t sweet enough? 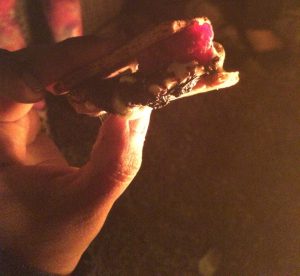 I tried to take nice photos of people around the fire, but I admit, one of my favorites is the blurry one, because it looks like the children are engaged in some strange druidic ritual of autumn. And a child shall lead them, with a marshmallow held aloft. 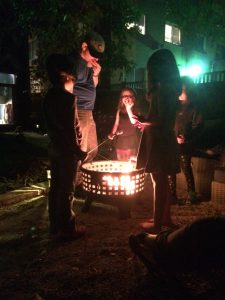 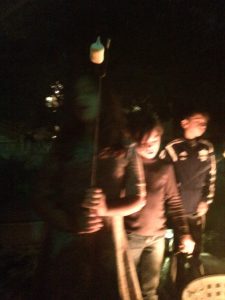 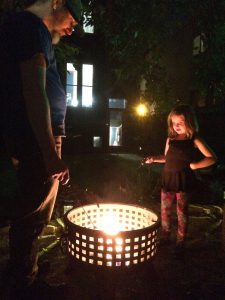 If you look carefully, you can see the expanding, exploding marshmallows on the log. At first, they landed there accidentally, but eventually, I think John was doing it deliberately, just to watch them go floomp. 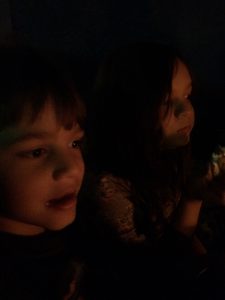 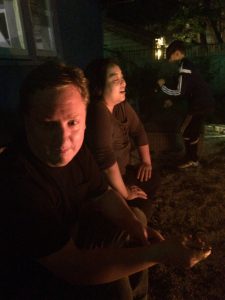 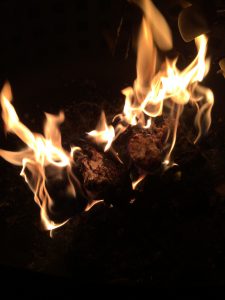 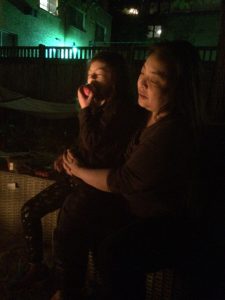 Now the fire is out, the kids are in bed, and I am fighting the urge to go immerse myself in debate commentary. Am going to watch a nice tv show with Kevin instead, and keep my blood pressure at a reasonable level.