Game night, the second, went quite well. We started off with a quick game of Scrabble, which was VERY satisfying for the household, as I won (with a respectable score of 159) and Kavya, playing for the first time, managed to break 75 AND beat an adult, coming in third. The smugness just radiated off her. We then got our comeuppance with Boggle, though, as we are both terrible at it. Not very practiced — maybe I’ll play every night with her for the next week, and then we’ll stage a comeback next game night. We can hope!

We had a big enough crowd tonight that we were able to pull out some big party games that I haven’t played since grad school (over a decade!). Encore went very well — a team singing game, and I think people discovered that even if they didn’t think they could sing, they could still participate and have fun. Kavi played that with us, and even took a stab at Playing Shakespeare, a charades game with Shakespeare quotes. That was honestly a little too hard for her — too many words she didn’t know, and she wasn’t used to the conventions of charades. But she liked it anyway (refused to go to sleep, despite clearly being exhausted, until we all stopped playing for the night), and I think a more contemporary family charades game will be in our future, click here for more info. (That last pic is super-exhausted Kavi, refusing to go to sleep.) 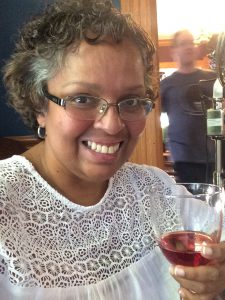 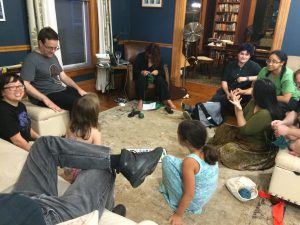 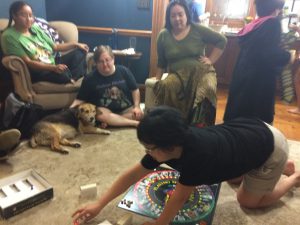 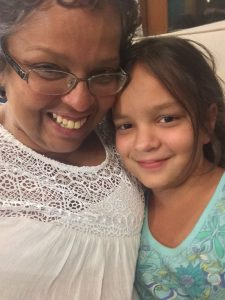