Skip to content
Went well. I barely cooked anything! And yet, there was enough to eat! Who would have thought. We set up the kids with Forbidden Island and talked them through the first round (it helped that three of the four had played before, although it made it harder that one of the four was Anand, who has a great many opinions on all kinds of things), then abandoned them to start our own game. 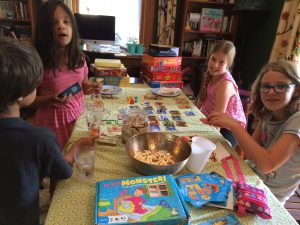 Taught Julie Settlers, and I had a very satisfying game, which I won handily. Always nice. 🙂 And then we switched to Ticket to Ride, where Elliott just barely edged me out (120 points to 118, I think) for the win. I got lucky in both games, honestly — reasonably good rolls of dice and selections of routes, without too much competition for the areas I was trying to control. I’ll take it! 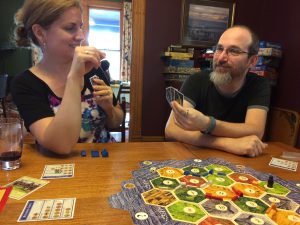 We’re going to do it again next week. 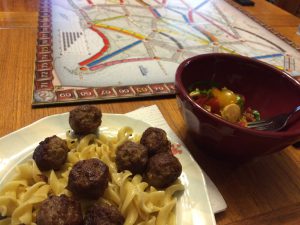