Skip to content
The problem with planting lots of veggies for the first time is that it’s really easy to lose track of what they all are, which also makes it harder to figure out when to pick them. (Anand is also VERY eager to pick things, which adds to the challenge.) The tomatoes I know, but I almost roasted the cucumber, until Kevin realized it was a cucumber, despite its squash-like shape.
I can tell the butternut squash (which I’m planning to just scoop the seeds out of one half, slather with melted butter, sprinkle brown sugar and cinnamon, and then eat it with a spoon for dessert). The other squash? I think the round green one might be acorn — how do you know when it’s ready to pick? And the green one that’s shaped like a butternut, but has more yellow flesh? No clue…but hopefully, they’ll all be good in soup, because that’s where they’re headed. 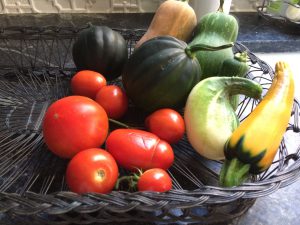 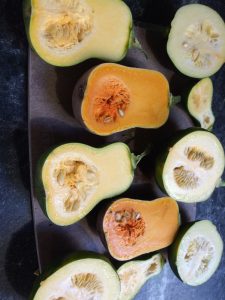 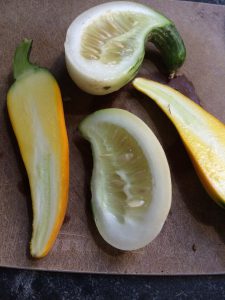 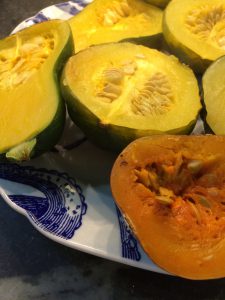