Behold my prize — there were so many people freaking out because we were delayed de-planing, that I just hung out and played Carcassone on my phone until everyone else was off. I didn’t have a connecting flight to worry about, after all. The poor flight attendants (who had been yelled at repeatedly by panicky people who seemed to think they had the authority to just open a door while the plane was sitting on the tarmac and let them off) gave them to me, with thanks, for being a good citizen. Whee! 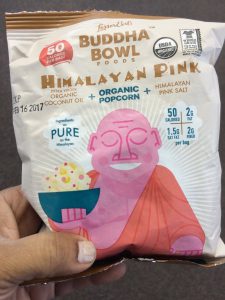 Came home and was greeted by these lovelies. (Also Kevin and Ellie, but I didn’t make them pose for this photo.) Yellow is not my favorite dahlia color, but being as big as my child’s head is pretty cool. V. good to be home. 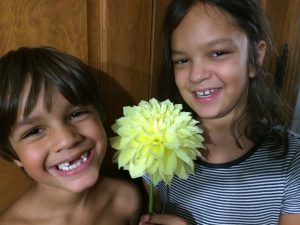