…and Samanthi’s going away party.  We had perfect weather, almost as if we were in Sri Lanka. Our babysitter, Ty, came to help with prep, which was immensely useful.  Young people with tons of energy; much appreciated! 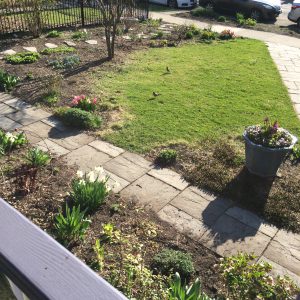 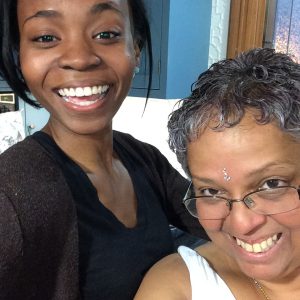 I got a little Sri Lankan flag for the garden — useful so people knew they were coming to the right house.  Kavi has claimed it for decorating her room going forward. 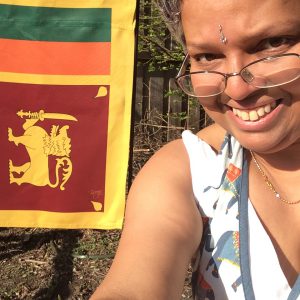 I actually didn’t cook that many things — Samanthi and Roshani and others brought lots of the food, and we had the traditional fried short eats catered (from a nice Sri Lankan family in Niles).  But I did make ribbon sandwiches, because a) I love them, and b) they’re pretty.  Beets, carrots, and spinach. 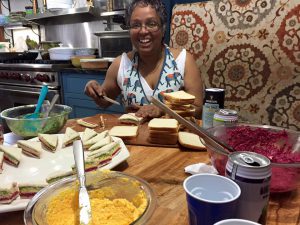 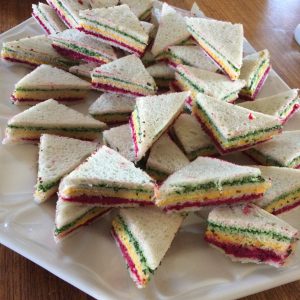 The nice weather meant the kids mostly played outside.  It was so nice to be able to spill the party outside.  (Anne Marie chats with Kevin.) 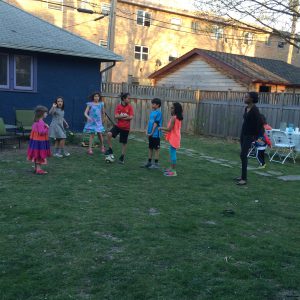 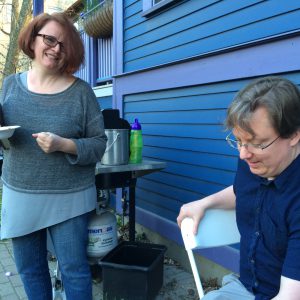 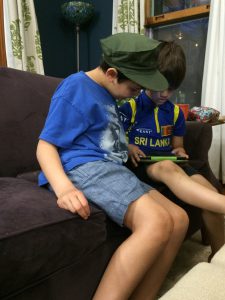 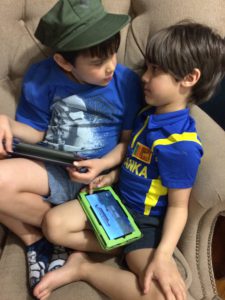 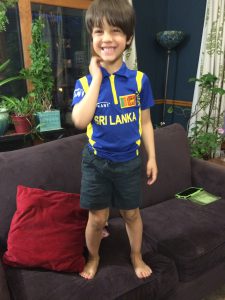 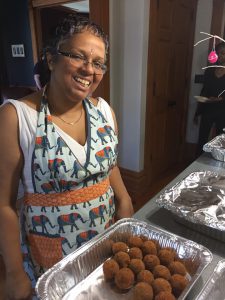 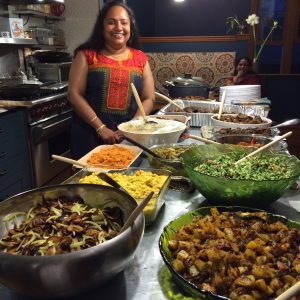 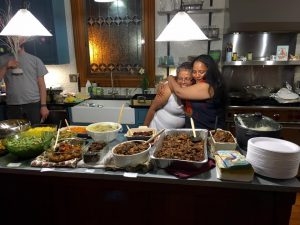 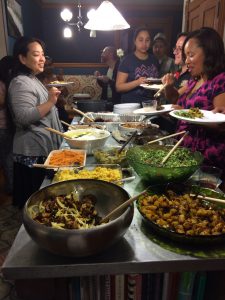 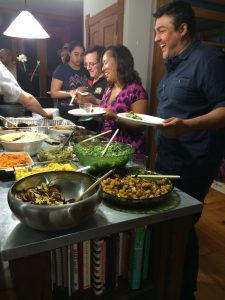 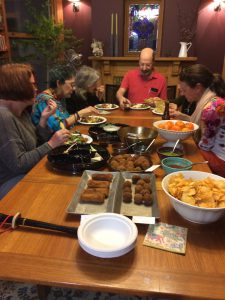 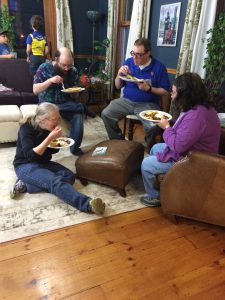 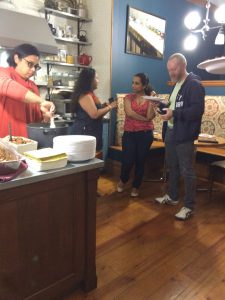 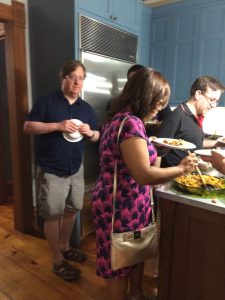 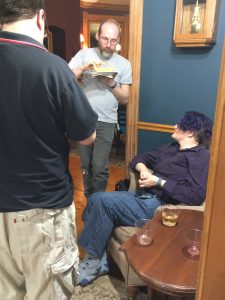 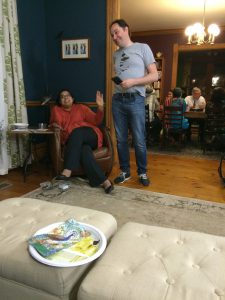 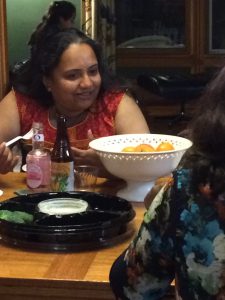 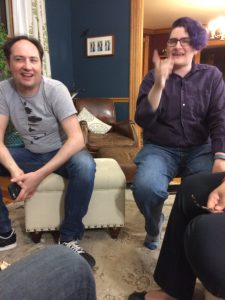 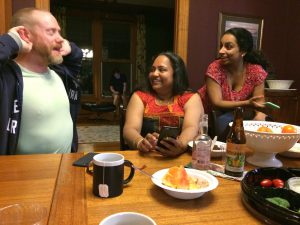 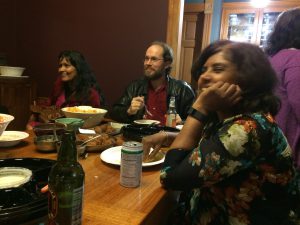 Kavya has decided she loves the front porch, esp. sitting and telling stories with her friends Margot, Beka, and Alex.  (The stories may not have been entirely factual.) 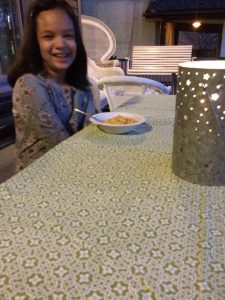 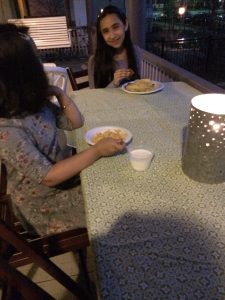 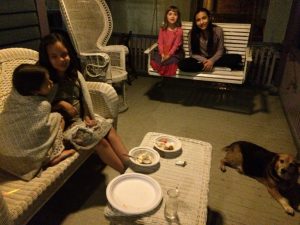 A good time had by all. 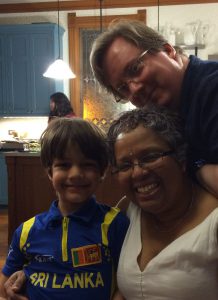