Facebook Instagram Youtube Twitter Patreon Shopping-bag
Menu
Cancer log 138: Radiation. So far, this has been remarkably mellow, compared to the other treatments. I show up at radiation/ oncology (for which theyve given me a parking pass, so I dont have to pay every day, which is nice) at 8:45. Radiation is in the basement, but someone has thoughtfully designed the building so there are huge glass walls on one side and a door leading out to a sunken garden; Im never there long enough to explore the garden, but its lovely that its there. Theres a pleasant little waiting room full of magazines, but I never have time to glance at more than a page or two before theyre calling me in.

In a little cubby, I change out of my upper garments and into a hospital gown that closes in the back. Then step into the main room, where theres a large machine with white rounded appendages. Lying down on the bed and sliding into it feels a bit like sliding into the embrace of Wall-E, or an old-school Mac. Oddly comforting.

The procedure itself takes about seven minutes or so? Theres some adjusting first, as they make sure my tiny dot tattoos line up properly, with my arms nestled into the mold above my head. When theyre satisfied Im in the exact right position, and they balance a little box on my abdomen (to monitor my breathing), they leave the room, and start telling me to breathe.

Several times over the next few minutes, one of them will tell me to take a breath and hold it, for just a few seconds, and then breathe. This is to lift the breast and keep the radiation site away from my heart. There also do radiation from two very different angles, which they said was to avoid my lungs as much as possible. Its all very fine-tuned and targeted, and the process itself is oddly meditative. Breathe in, hold, breathe out. I feel like Im in a yoga class, and its actually not a bad start to my day. I'm done and dressed by 9:00 and heading out the door.

Three days in, there are no side effects yet. Im supposed to use unscented soaps for showers, and neutral lotion on the treatment area 1-2 times / day. Im also supposed to avoid hot tubs, direct sun exposure to the treated area, and chlorinated pools, so swimming is on hold for six more weeks. Visible skin reaction should begin gradually, usually after the second week of treatment; the skin may become dry and reddened, like sunburn, and may eventually even peel or blister. If it does blister, Im supposed to let them know  they can help me manage that so its not too painful.

Other than that, the main thing to expect is fatigue, and they have no idea how much, but it probably wont show up for a few weeks. They said usually its not as bad as chemo fatigue, and that women who stay active with work and exercise generally feel less fatigue, so thats something. I usually host a big Thanksgiving for local friends, but we may skip that this year, or do it on a smaller scale. Were going to play it by ear, I think  leave planning until the week of, and see how Im feeling. I do love Thanksgiving food, but one actually *can* make turkey and gravy and stuffing and cranberry stuff on other days of the year. Or so I'm told.

Im also supposed to be guzzling liquids, which Im generally terrible about (aside from my morning cups of tea), so Im going to take this as my reminder to go get another glass of water. Onwards. 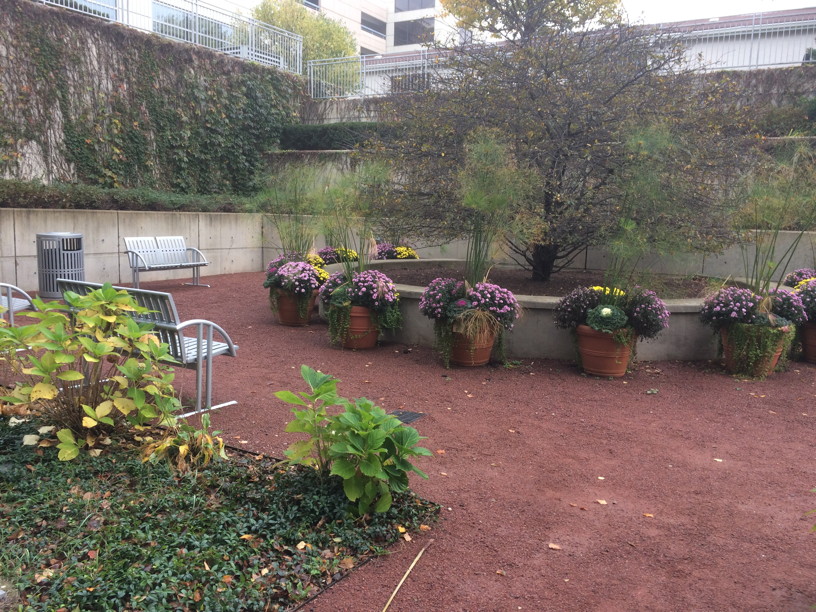