There was a gap, between diagnosis and prognosis. A few days when I knew I had cancer, but I didn't know how likely I'd be to make it through. The main thing I remember from that time is that I was terrified for my kids; more than anything, I wanted to live long enough to see them through school, to adulthood. I have friends who lost their mothers young, and it affected them deeply. I didn't know if the disease was going to make me sick, if I'd have to fight through misery to keep going, and I didn't know how strong I would actually be, in the face of that -- but I was hoping that I'd be strong enough to give them as many days of mommy as possible. Mommy kisses, mommy hugs, mommy advice and love.

As it turned out, the prognosis was so much better than I'd feared, and, fingers crossed, Kavi and Anand should get to have me around for a long, long time. But I want to note that as much as I wanted to be there for them, I was simultaneously so glad that they had Kevin, that he would be there, continuing to be a truly awesome dad. And while he wouldn't do things exactly the way that I would, I knew that he would pick up the parts of parenting that I usually handle, the buying of clothes and taking to birthday parties and helping Kavi with her crafty projects. He would somehow do it all, and if I weren't around, they would still be taken care of, for as long as they needed to be. It was such a gift, not having to worry about that.

One of my students asked me if cancer had given me any great insights into life. I kind of wanted to laugh, but he's right, of course. Coming face to face with your own mortality does change things. The frame slips, and realigns, and everything looks a little different afterwards. Mostly, I've tried to live my life as if I were going to be hit by a bus tomorrow -- I try to do the things that want doing, say what needs saying. But this diagnosis has lent a certain acuteness to that philosophy. I'm finding myself making more concrete plans for life experiences that I might have before. Instead of saying we'll take the kids to Disneyland someday, I find myself wanting to lock it down -- we'll do it next year, after Christmas, in January. Like that. And instead of just lounging around the house for this Father's Day, I took Kevin away to a hotel for the night. We walked through Millennium Park, went to dinner -- nothing fancy, just a little concrete time together. Taking a little more care to make moments, make memories.

The main lasting consequence of the cancer is a little terror. Not of my own mortality, but of his. He's healthy, he's gone for a check-up, everything's fine. He tries to eat healthy, to work out. But there are enough men whom we lose suddenly in their 40s and 50s to heart attacks, colon cancer, etc. Too many men. And so I find myself turning to him at odd moments, telling him, "Don't die." Not that he has any real control over that, beyond trying to live as healthily as is reasonable, as is possible, for the working father of two small children.

Happy Father's Day, Kevin. This parenting thing has had its ups and downs -- there were infant days (and nights!) when I wasn't sure how we'd make it through. And while we're in a pretty golden stretch now, I know there are likely some rough patches ahead; the teen years are coming. But however it goes from here, we'll do so much better with you than without you. Eat your vegetables. 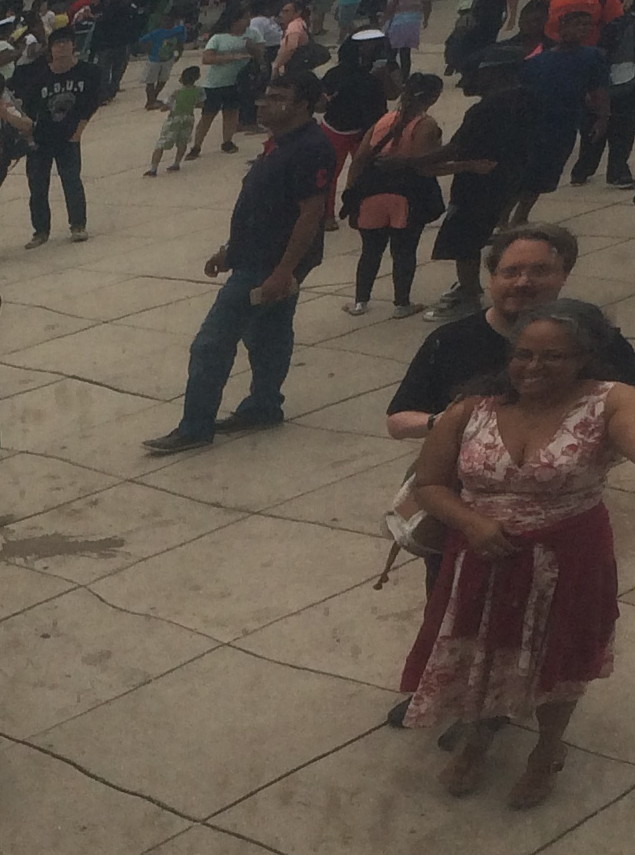