Facebook Instagram Youtube Twitter Patreon Shopping-bag
Menu
Attic renovation photos, in stages. When we bought this old house, the attic was finished but not in a way that worked for us. For one thing, it was under-insulated; for another, we were switching the whole house to forced air, which required ducts being run through the attic, and for a third, it had a skylight -- and I realize this is idiosyncratic of me, but there's something about modern skylights in an 1885 house that really bother me (even though we do have lots of other modern amenities, of course). Oh, and the carpet had gotten really grotty while the house was empty for years. 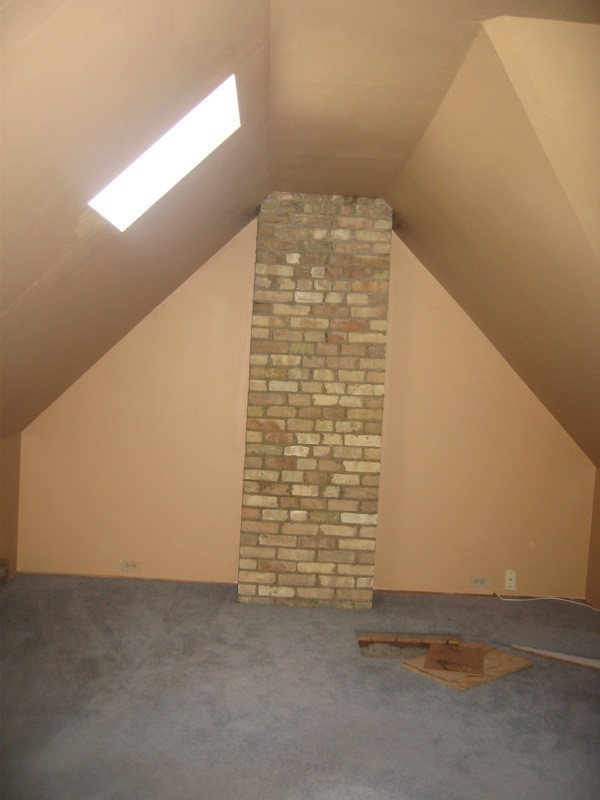 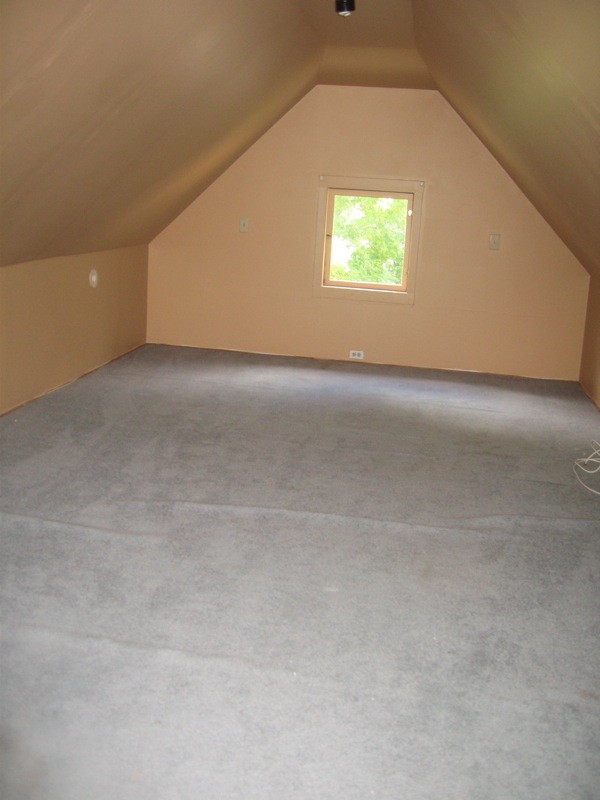 So pictured below, first stage of renovation -- we ripped out the carpet, had the drywall torn down, put in insulation and ducts, and build framing around the ducts so that we got benches at the end of each wing (it's L-shaped) of the attic. Don't mind the bathtub -- it was just being stored there temporarily while work was done in the bathroom. A lot of the old pine planks were taken up here too, stolen to move downstairs, where we were re-laying the first floor with refinished wide-plank pine from the house's origin. It had been covered over with other surfaces since 1911, according to the newspapers we found between the layers. 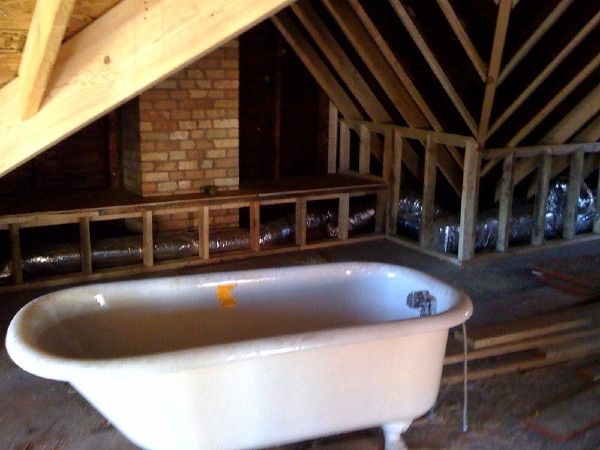 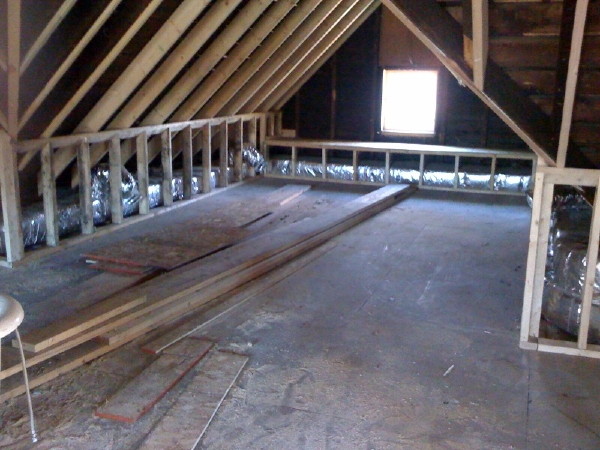 Attic renovation, stage two. We painted it all white, stained the wood floor dark, threw all the kids' toys up here, and lived with it like that for a few years. But the space never seemed quite as cheerful and happy as it wanted to be. Part of that was not having enough natural light and cross-breeze, and finally this past winter, we added two more windows flanking the old fireplace. Much improved. Still, it could use a bit more cheering up. 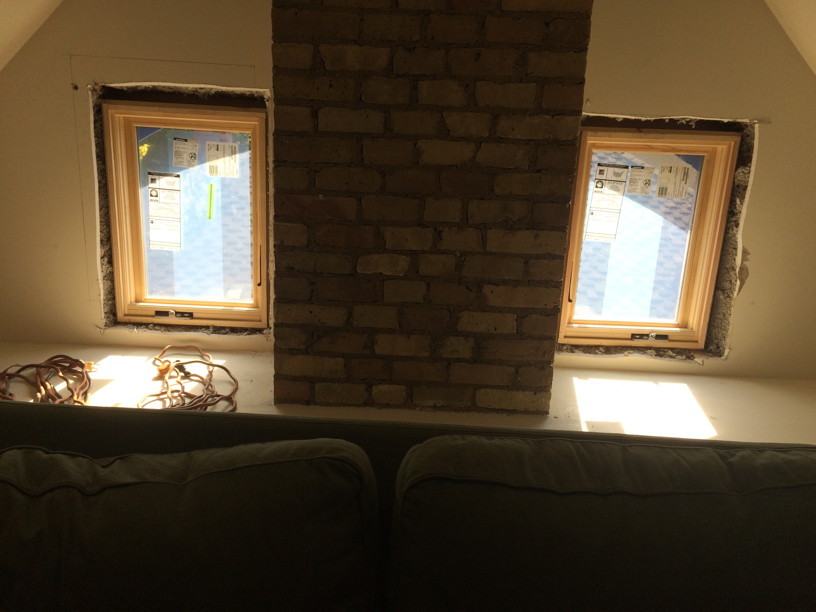 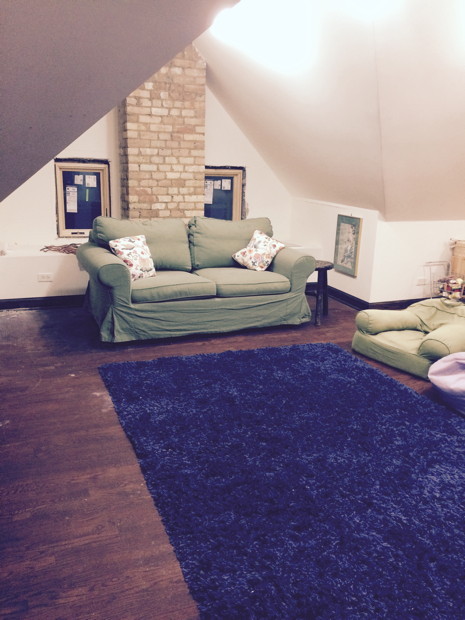 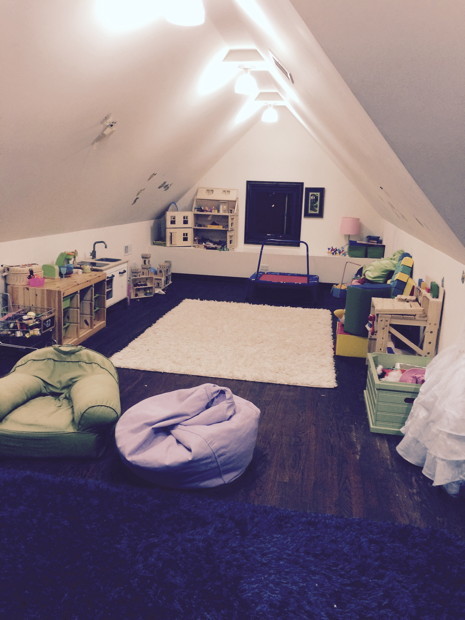 Attic renovation, stage three. Last December, after the semester ended, I painted the lower walls green, the end benches a complementary blue, and the triangles a sunny yellow. It feels much more playroom-y to me now, more like a cheerful elementary school. They'll outgrow these colors eventually, and in 5-7 years, I'll be thinking about how best to convert this into a cool teen study space / hangout, but for now, this is a much happier space to hang out in than it used to be. 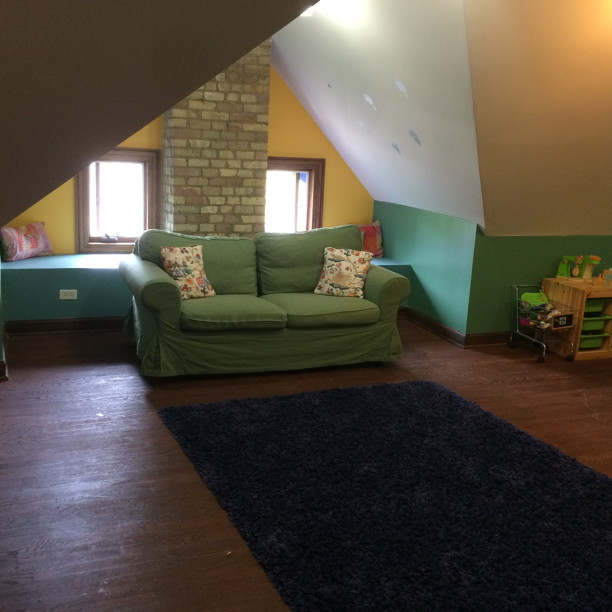 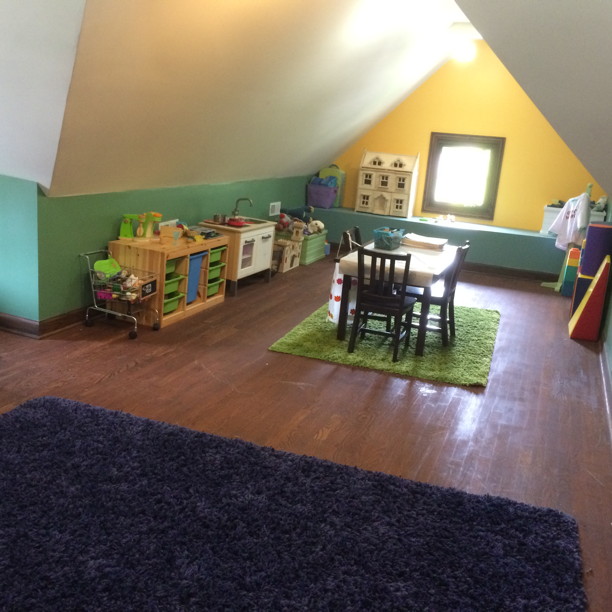 Attic renovation, final stage -- for now, anyway. I wanted to add a bit of whimsy to the room, and my freehand painting skills are minimal at best, so I went with stencils. Some floaty Victorian balloons, and a castle in the clouds, using the same blue paint from the end benches, plus a bit of silver brushed into the clouds.

All done! (Although I may still paint that dollhouse at some point...) 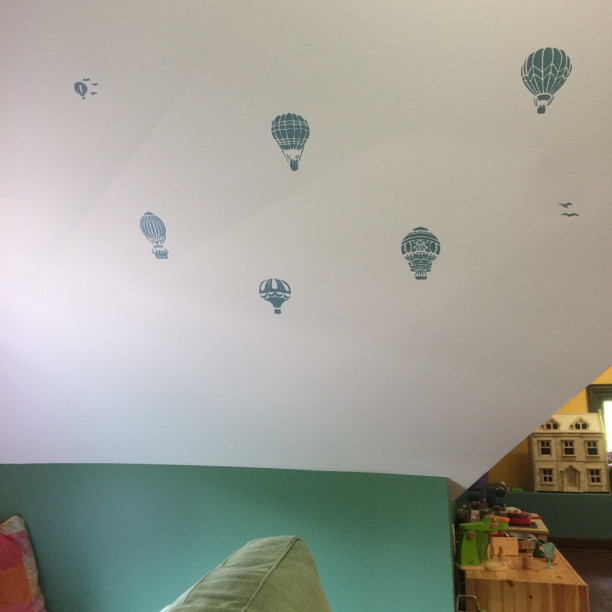 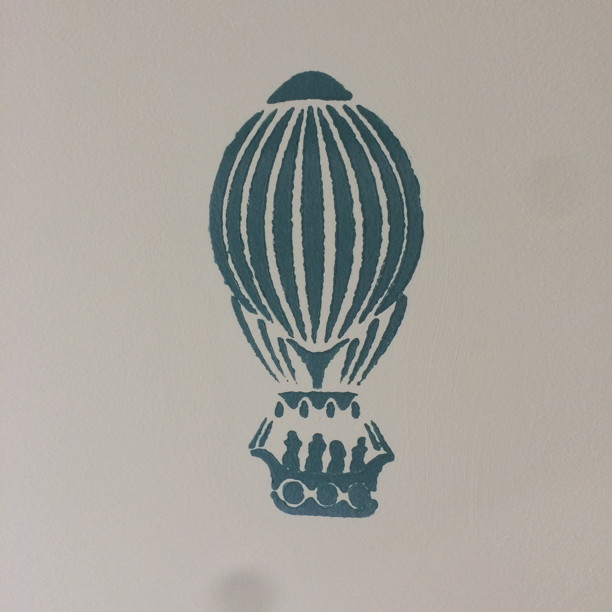 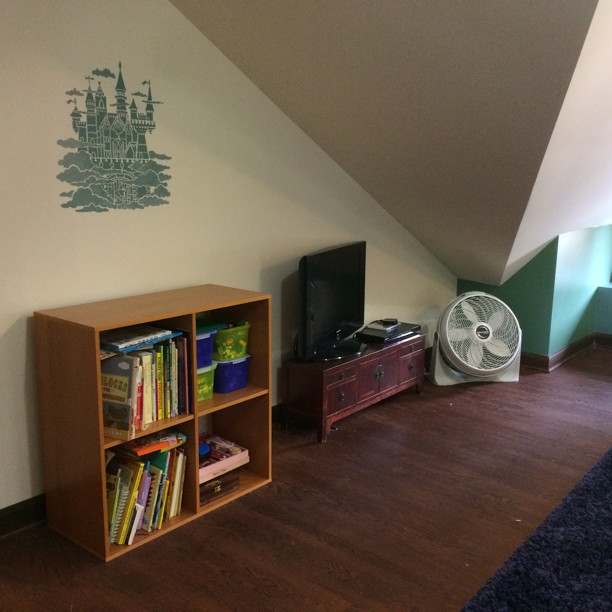 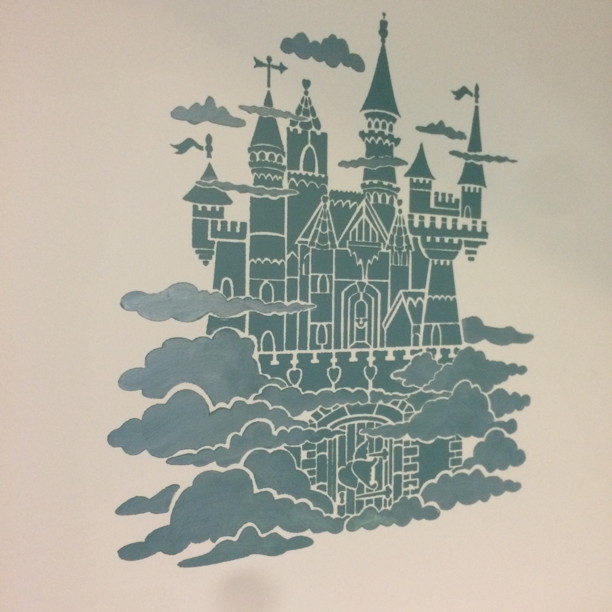