Facebook Instagram Youtube Twitter Patreon Shopping-bag
Menu
Cancer log 55: No, I didn't go to a hip and trendy restaurant today -- they gave me a pager in the heart and vascular center, so I'd know when they were ready for me (50 minutes after arrival; thanks to Bujold for keeping me company with a comforting re-read of Komarr). The echocardiogram itself was alternately boring and fascinating -- it took close to an hour, and mostly involved me lying on my left side while the nurse pressed the gel-coated wand somewhat firmly around my left breast, getting ultrasound pictures. 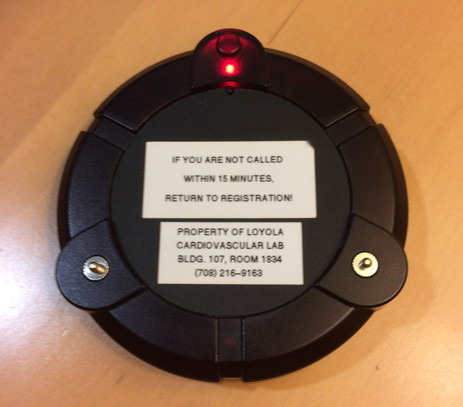 I dozed off, slightly, several times, but I couldn't really fall asleep because frequently she asked me to take deep breaths and hold them (for about a count of 10-15) while she took her pictures. I did like the bit when the screen filled with colors, and I got to watch bright shimmers of blue and red rushing in and out of my heart. (Presumably deoxygenated blood coming in, and oxygenated blood rushing out, if I'm remembering my college biology classes right. No promises!)

Then over to the cancer center, where I ended up being the only one in the cancer class. You aren't getting quite my usual smiling picture this time -- this photo more accurately depicts how I feel about this binder and its contents. (I was going for slightly anxious / skeptical; I might have to work on my facial expressions.) Watched a half hour video walking me through things I mostly already knew, and talked to a very nice nurse, very matter-of-fact, which is a quality I appreciate in medical professionals. I asked her if my travel plans sounded feasible -- I have a conference in Denver this weekend, and am hoping to spend a week in D.C. in June, visiting my sister. 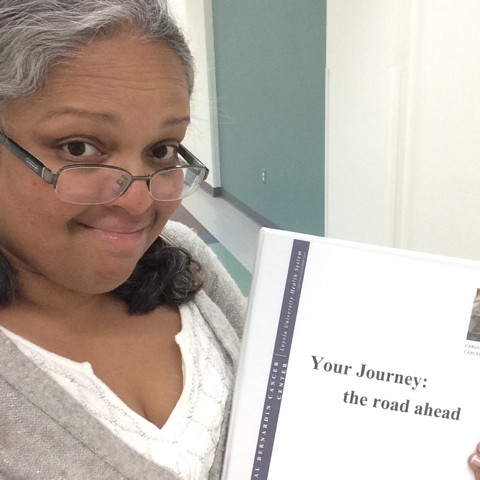 She was enthusiastic about my plans, and said that she wished more of her patients would just live their lives, because this *is* life. She also cleared me for walking and bike riding, as I felt up to it. Swimming may have to be on hiatus for most of the next year, for fear of infection. Ah well. She did also say that when I didn't feel up to exercise (or running errands, or going to work, or whatever), I should just rest and not feel guilty about it, because if there was anything in life that gave you a free pass, it was cancer. I agree!

I was also given an entire booklet on sexuality for the woman with cancer, along with complimentary certificates for hair and nails. The latter was kind of bewildering initially, but I actually do think it makes a lot of sense -- I imagine cancer, especially breast cancer, hits a lot of women hard in their sense of femininity / sexuality, and if a fancy manicure helps to stave off depression, more power to it. Apparently, some insurance even covers wigs, although I suspect if my hair does fall off, I'm going to just shave it and see if I can rock the Seven-of-Nine / Jean-Luc Picard look. We'll see, though -- if I can have blue-and-purple hair for a few months instead, I might go for it. 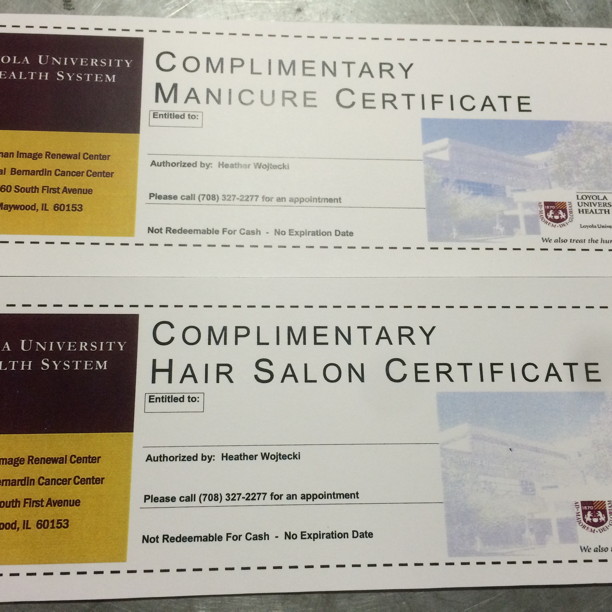 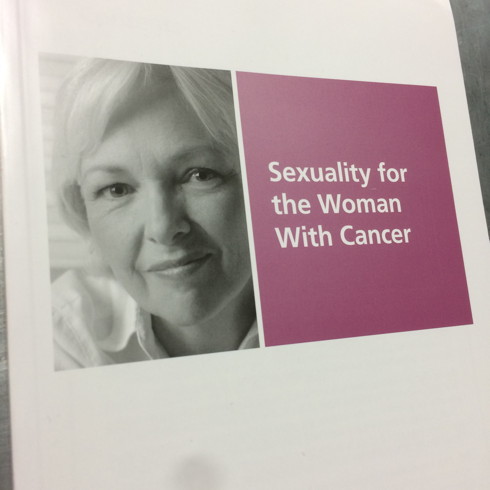 Tomorrow morning is port placement -- I'll tell you about it in detail after it's done. Kevin's going to go with me for this procedure, because even though the nurse tells me it's not nearly as big a deal as people think, I do find myself weirdly anxious about it. They're going to turn me into a cyborg for the next six months, inserting a little device under my skin that runs directly to my vein, so they can infuse the chemo more easily. I'm sure the procedure will be fine, but I'm going to wake Kevin up hours early and drag him with me anyway. 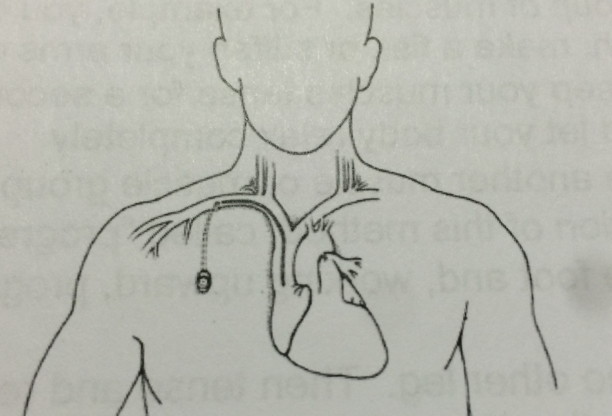 He said the other day that if he could do the chemo for me, he would, and honestly, he probably would be better at it than I will be -- he's much better at lying in bed and resting when he's sick than I am. I get super-frustrated and impatient, and end up getting up and doing too much. But he can't actually do chemo for me, so this is the next best thing. In sickness and in health; there's a reason they put it in the vows.