Facebook Instagram Youtube Twitter Patreon Shopping-bag
Menu
This is a story about hose and hosts, stars and angels. See, last year, I found these awesome black hose patterned with gold stars. But then I never wore them, because I had nothing to wear them with. But then this year, I found a black dress patterned with gold stars. And I was so happy. And then I took Kat to my neighbor's Christmas party, which they host in their splendidly-decorated house, and took a photo with a host of angels behind her. And then she took a photo of me, head to toe, so you could appreciate the full effect of dress and hose. That's the whole story -- there's not a lot of conflict in it, but at least it's chock full of symbolism. 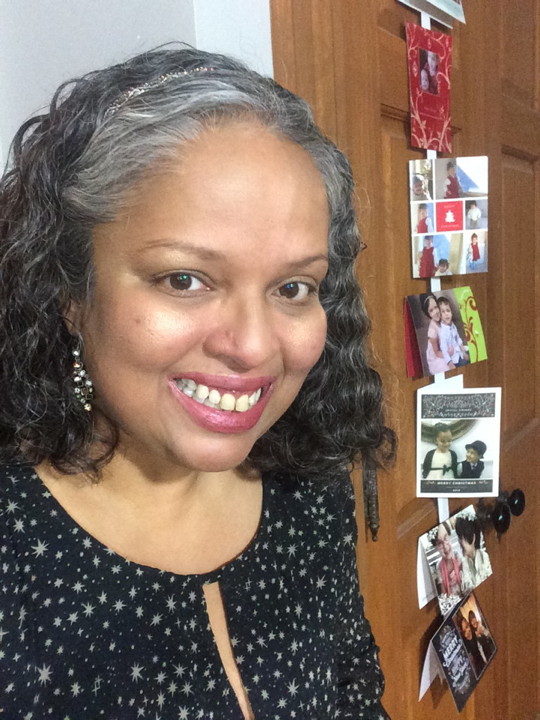 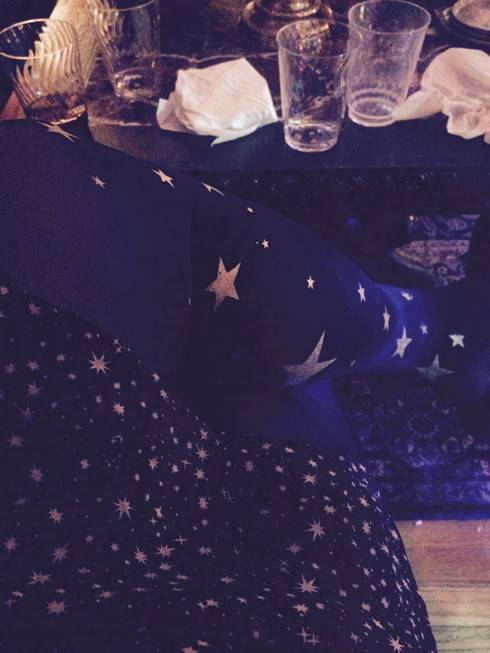 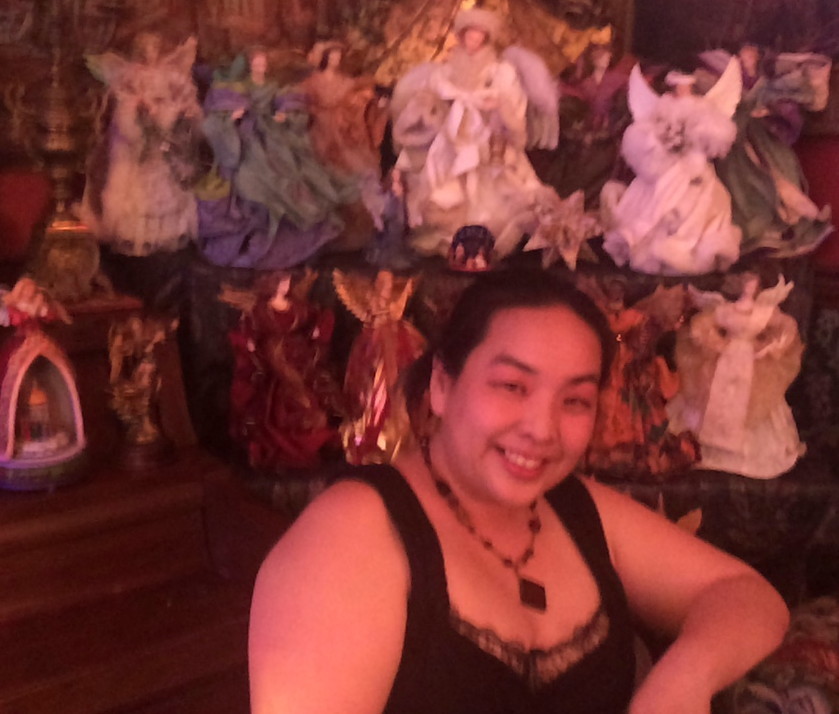 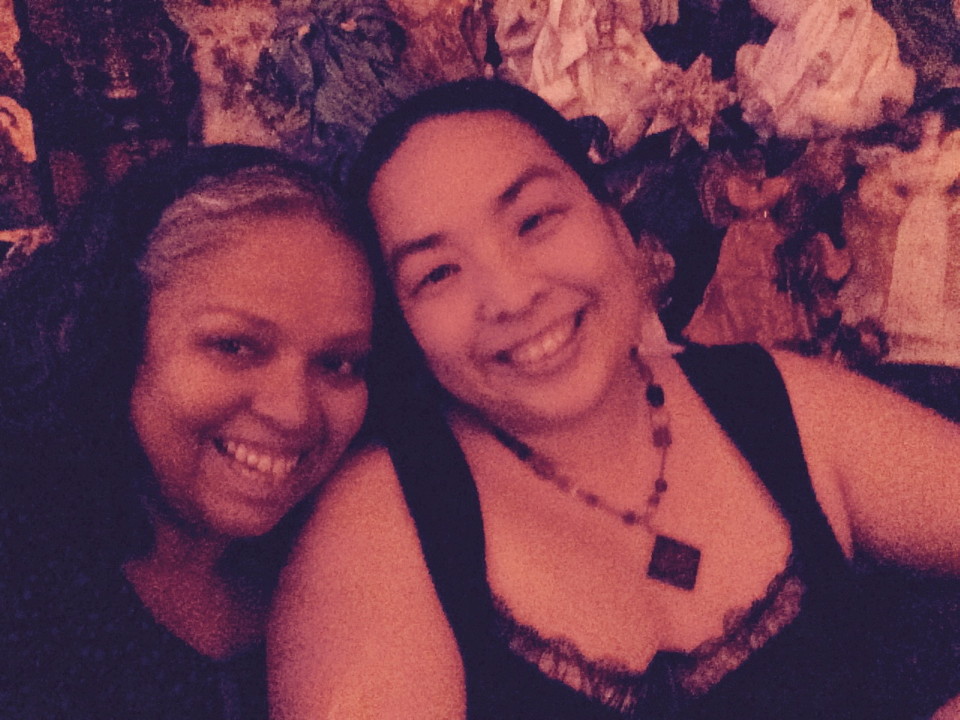 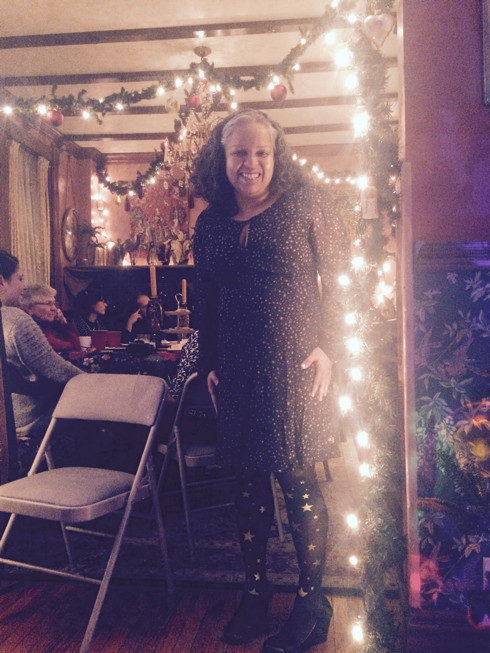