Facebook Instagram Youtube Twitter Patreon Shopping-bag
Menu
Let the Sri Lankan rich cake cool overnight and unwrapped it this morning. Was nervous, because I skipped a traditional step, of layering the pan with multiple sheets of brown paper and newspaper, supposedly to prevent over-browning. I just used one layer of waxed paper, sprayed with butter. But it worked fine, which makes me wonder if all those years of carefully layering the papers and cutting them were pointless? Were ovens less reliable back in the day (or back in Sri Lanka)? Inquiring minds want to know. 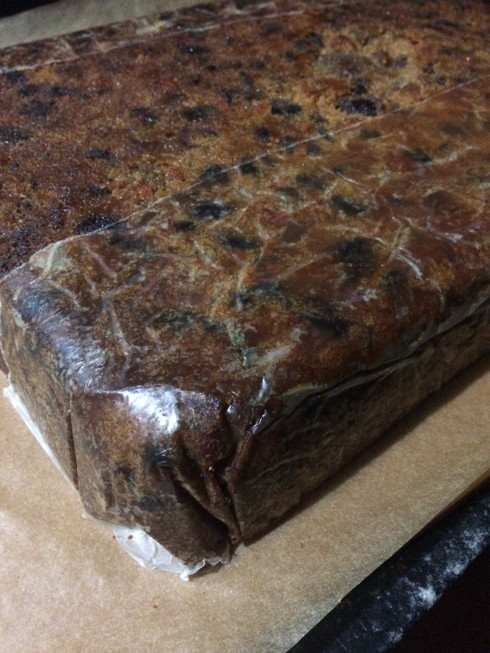 Doused it all with another 1/4 c. of brandy, then wrapped it in plastic wrap (cheesecloth or muslin is traditional, but the plastic wrap is easier, I think, and should work fine) and put it into the fridge to chill for six weeks. Or at least four -- we'll probably have a Christmas party in mid-December or so, and I might pull it out then. I did cut off a corner and taste, and it is good. 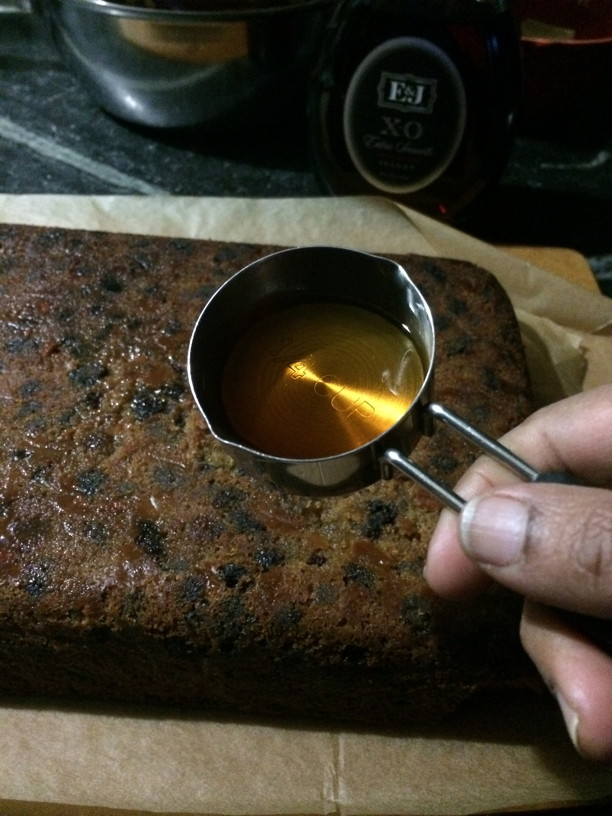 It's not quite as dense and dark as I remember, and the flavors are fresher -- in part that's because it hasn't aged yet, and in part because I skipped the candied citron ('cause I burned it and didn't have time to make another batch) and also skipped the glac cherries, because Kevin doesn't like the taste of those. It doesn't look quite as gem-like when sliced into, without the red and green translucent cherries and citron, but I think it might taste a bit better. :-) 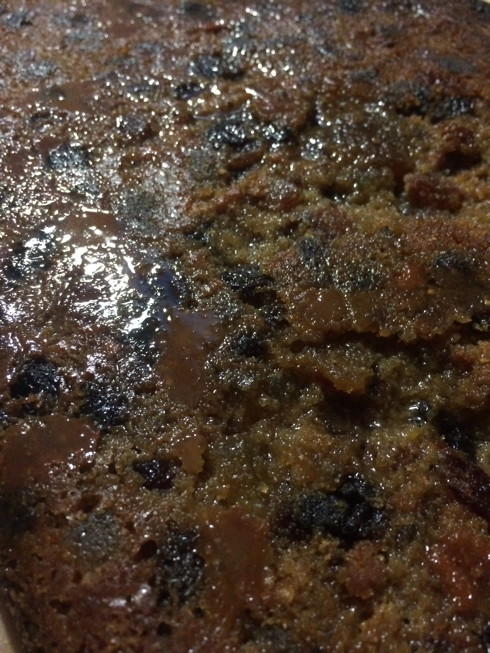 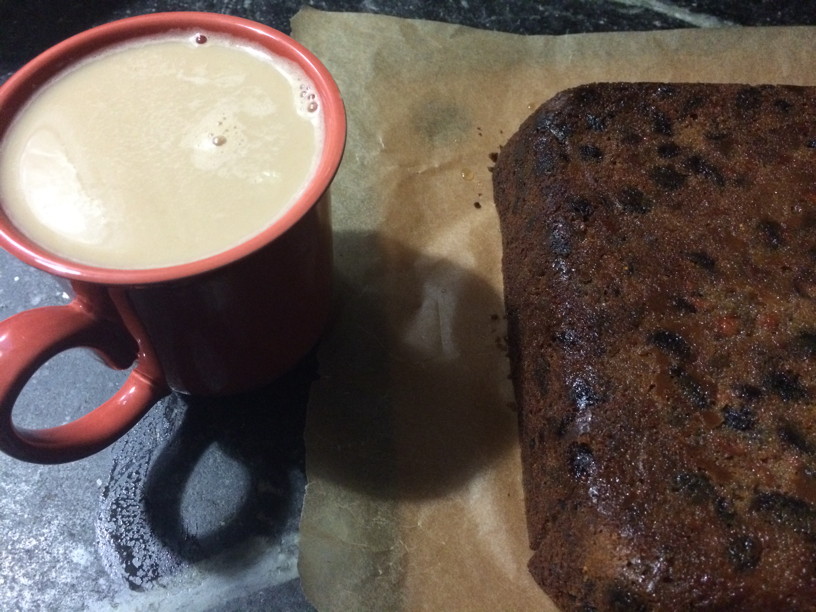 Was curious about glac / maraschino cherries, so looked them up -- thought the history might interest you too: http://www.livestrong.com/article/521987-what-is-the-difference-between-maraschino-cherries-candied-cherries/