Facebook Instagram Youtube Twitter Patreon Shopping-bag
Menu
Yesterday, we took Kevin's parents and the children to Marmion's Abbey Farms; I think it was Alli Bax who recommended this place, and it was perfect for our kids. No electronics, lots of running around, just the right level of activities / size to keep things interesting for them, and not too painfully priced ($11.50 each + $4 for a pony ride). Pictured here, Kavi sitting on a pumpkin in one of the many pumpkin patches, the very varied petting zoo. Goats and sheep and ducks and silky-feathered chickens. Best of all -- the llama! 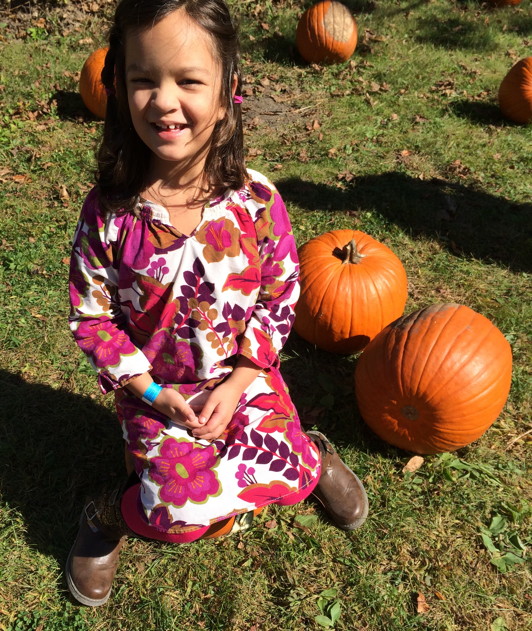 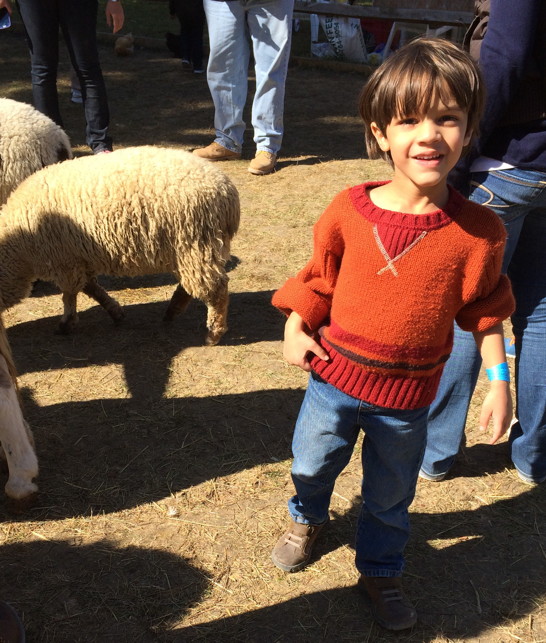 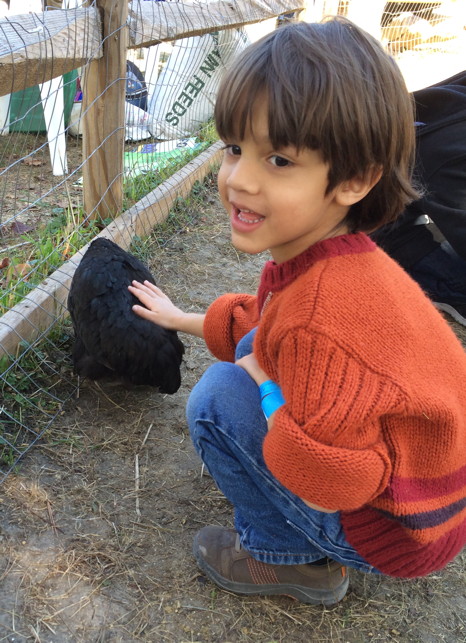 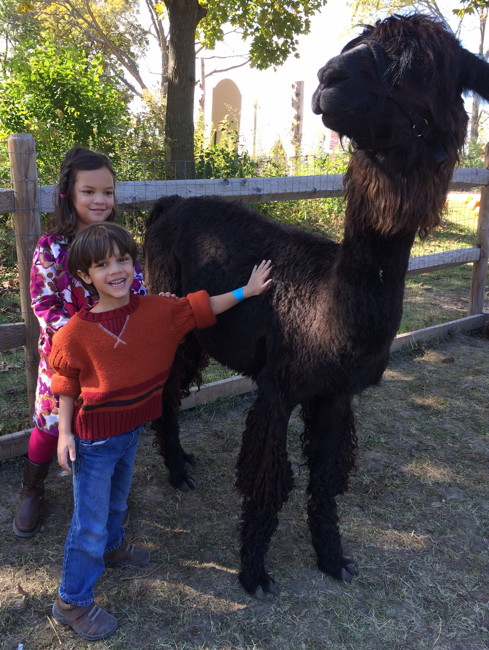 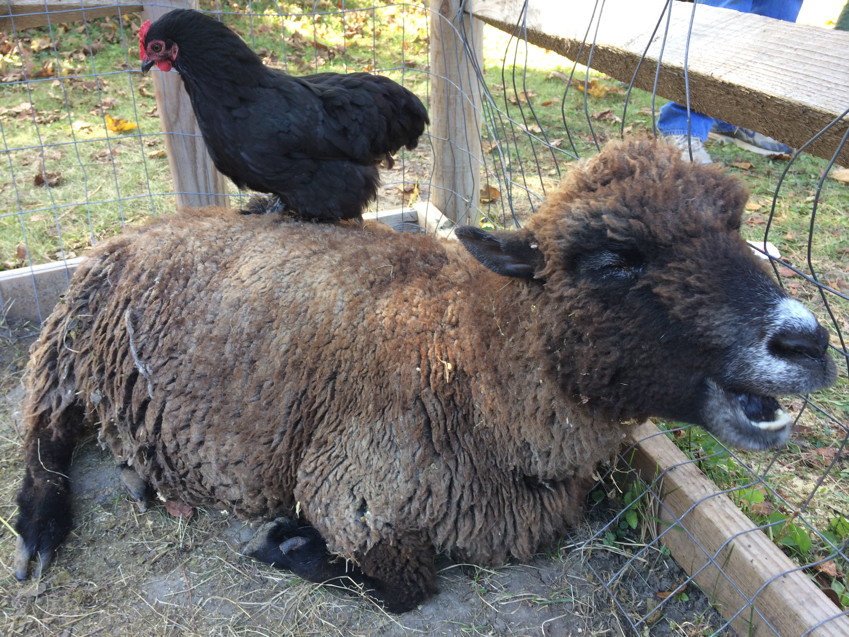 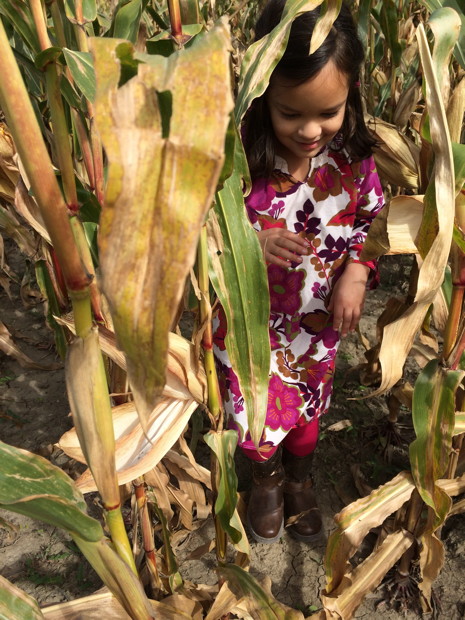 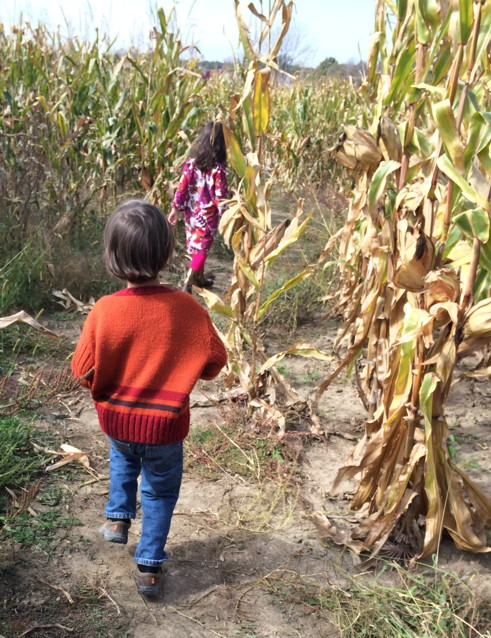 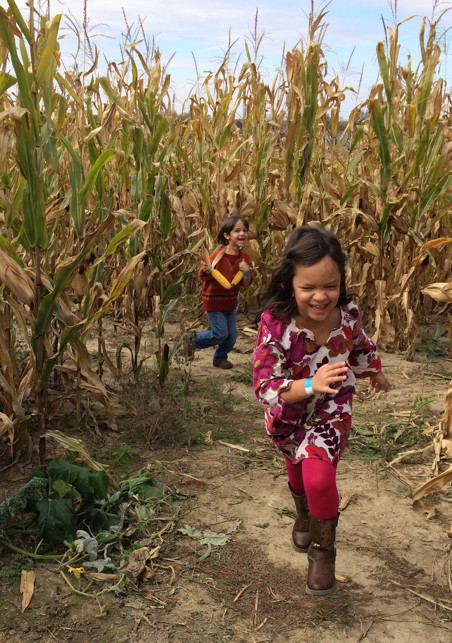 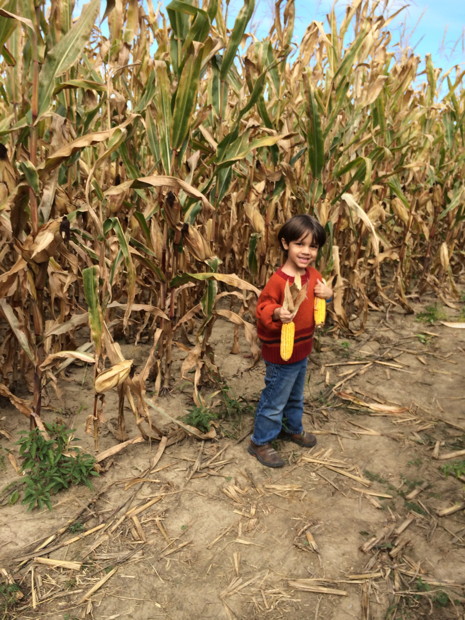 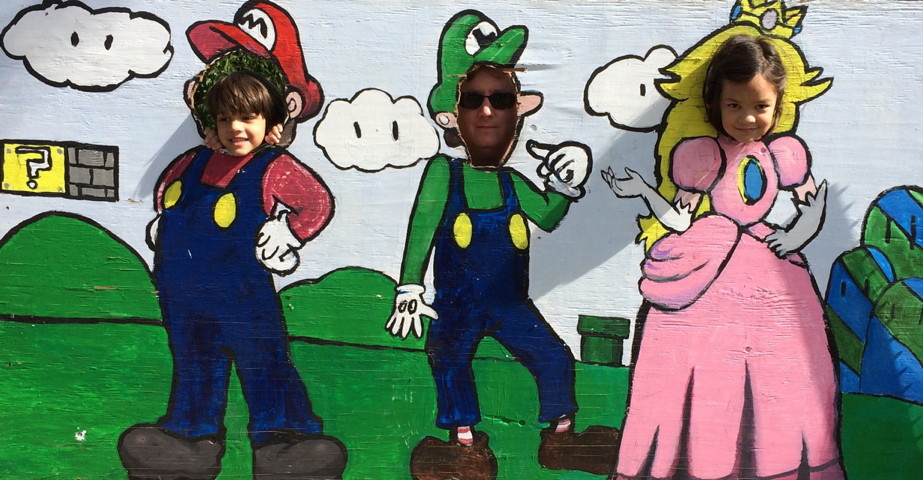 Waiting in line (of which there was mercifully little, because it's not that crowded a place, even on a perfect fall weekend), lassoing a cow (which Kavi actually managed, to my surprise -- I tried it, and it is not easy!), duck races (where Anand tried to 'help'). 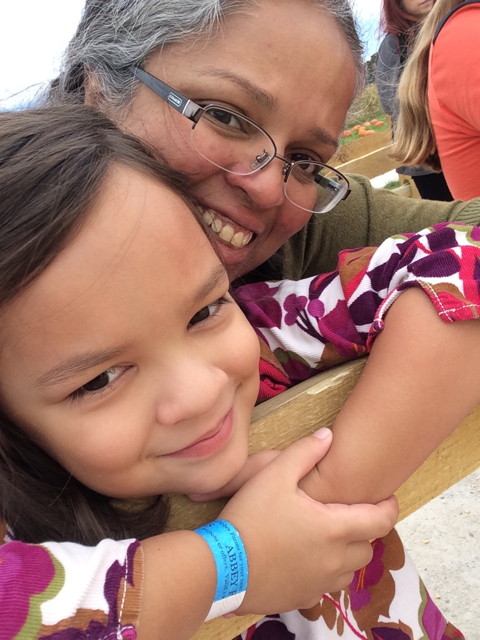 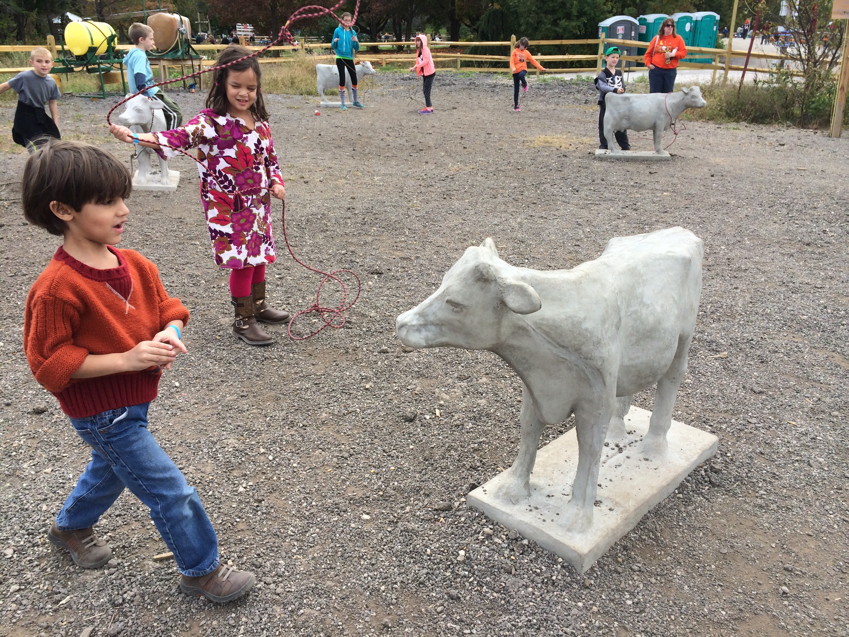 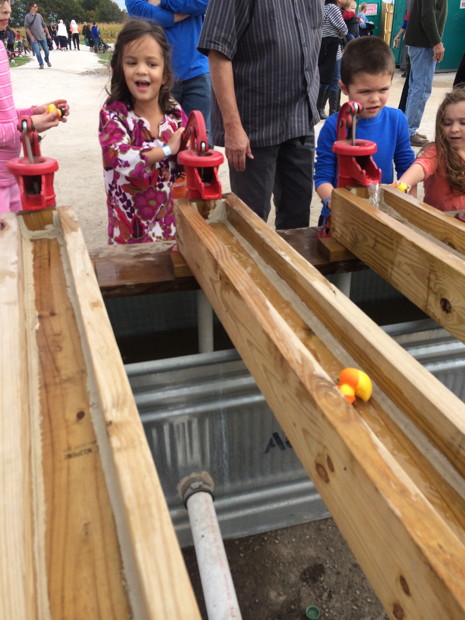 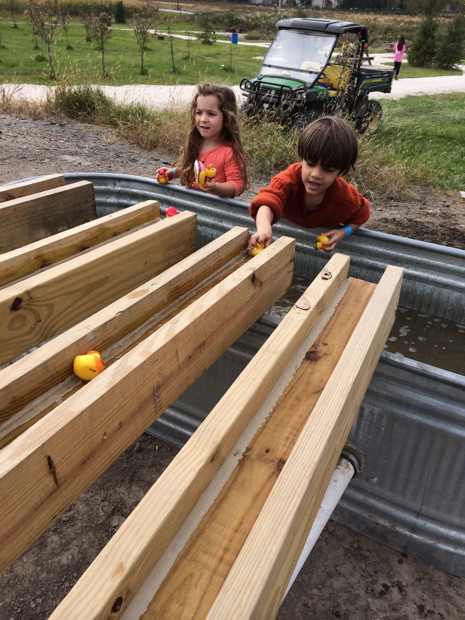 Kavi had her first taste of cotton candy and pronounced it GOOD. (Kevin's mom and I are also big fans. Basically, I like all the pure sugar candies -- rock candy, caramel, maple sugar candy, etc. Take sugar, change the form a bit, give it to me, and I'm happy. I'm a simple girl.) I think I found the bungie-cord maze (strung between a bunch of trees) almost as much fun as Kavi did. Those are lasers, you know. Don't touch them! (You can pretend you're in a heist film.) How fast can you get from one side to the other? Race! Ring the bell in the middle! 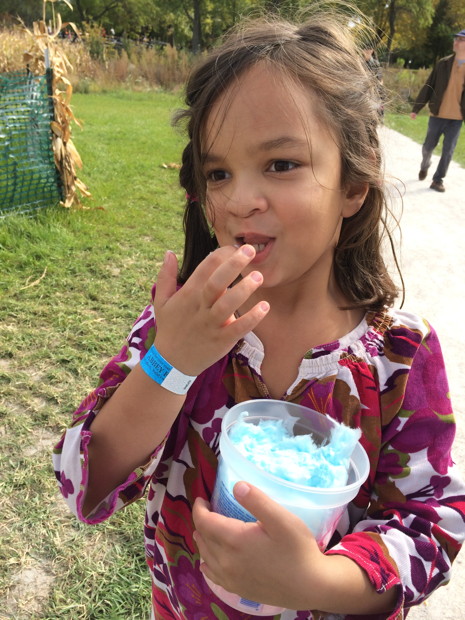 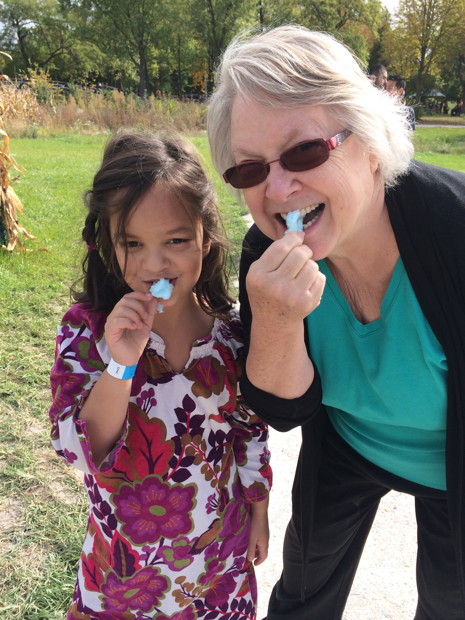 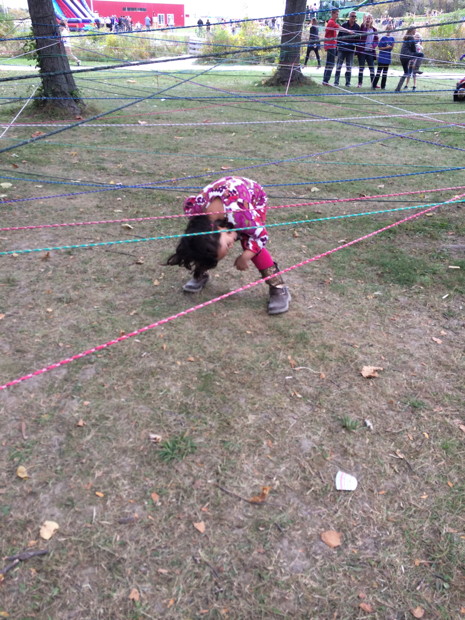 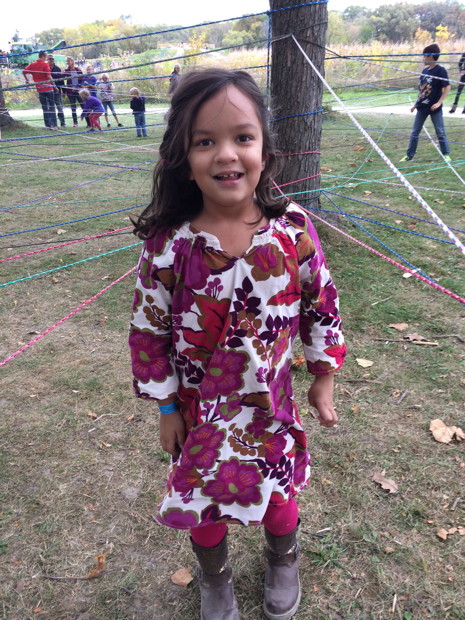 The hayride was a welcome break -- after two hours of running around, the grown-ups were tired, even if the kids weren't. And the kids actually liked sitting on a bale of hay, jostling about in a bumpy wagon. Kevin's mom convinced Kavi to sing -- the two of them did Bingo, hence, the clapping. Another hit was the kids' zipline, low enough to the ground to be entirely safe. Kavi actually had to work a bit to get off the ground at all. But she had fun. 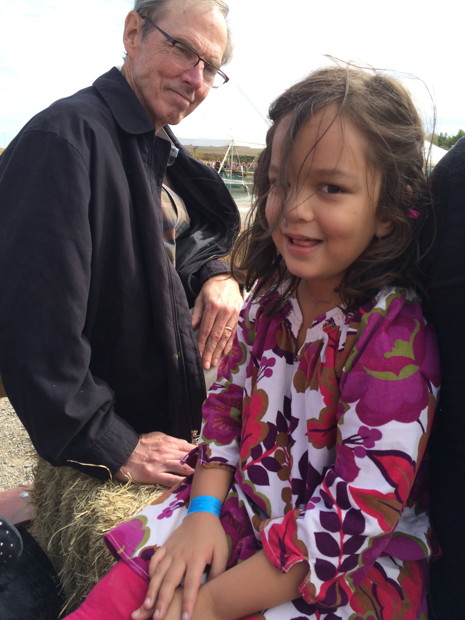 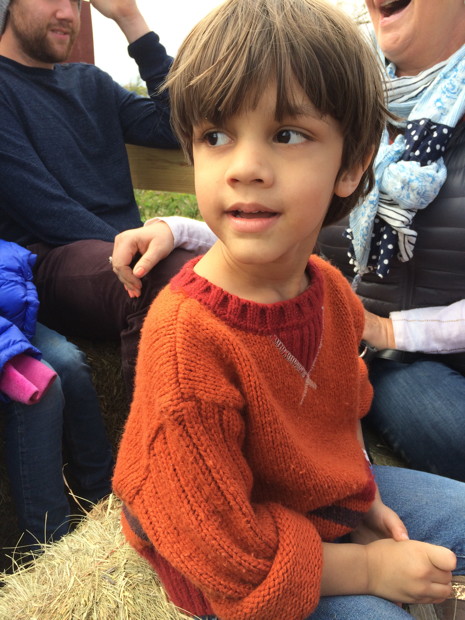 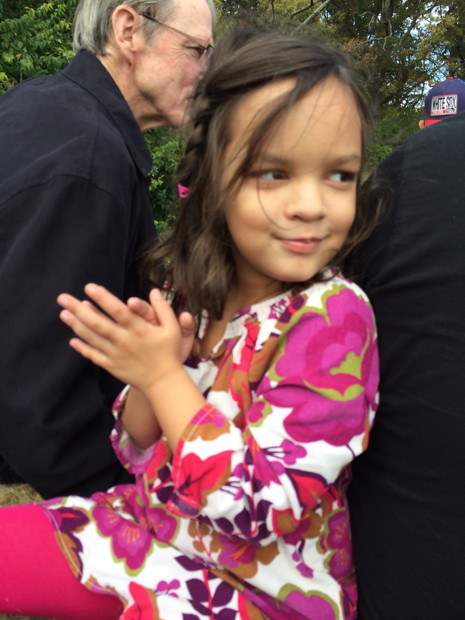 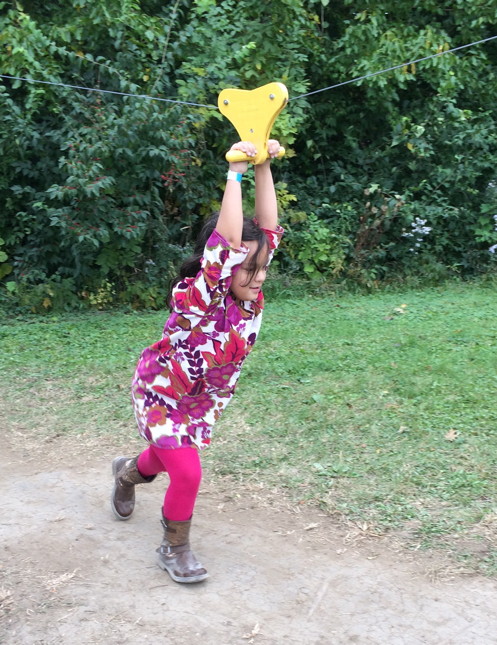 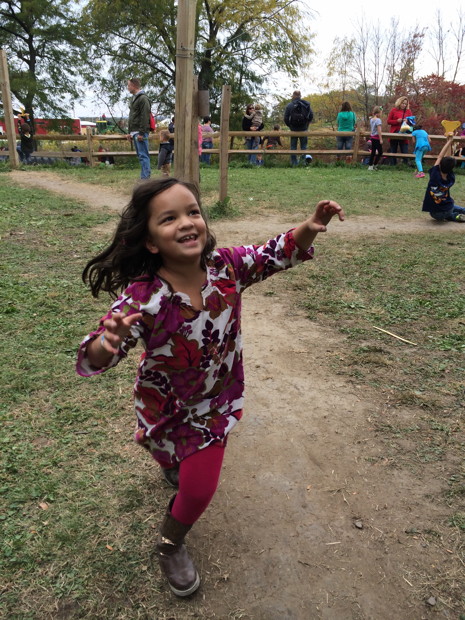 They were both nervous about the pony ride in advance, but once on board, they quickly warmed up to it, and by the end, were both asking to go again. Kavya wanted to know if she could get her own horse -- I explained to her that, traditionally, little girls were supposed to ask their daddies for a pony. 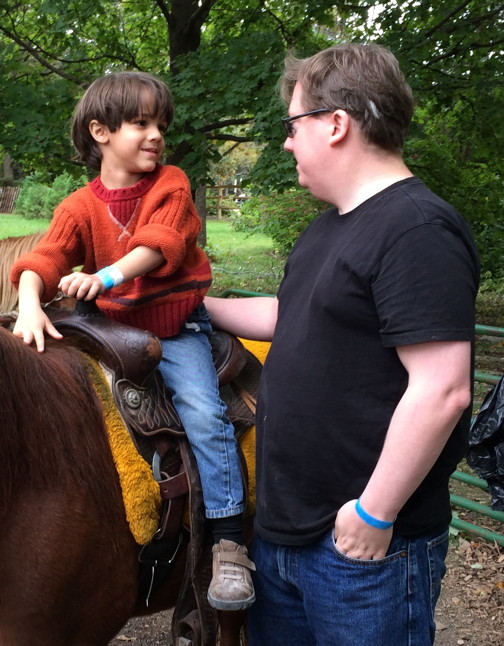 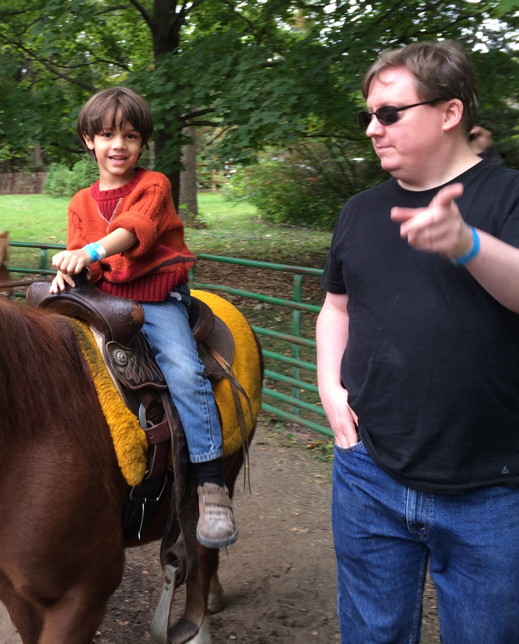 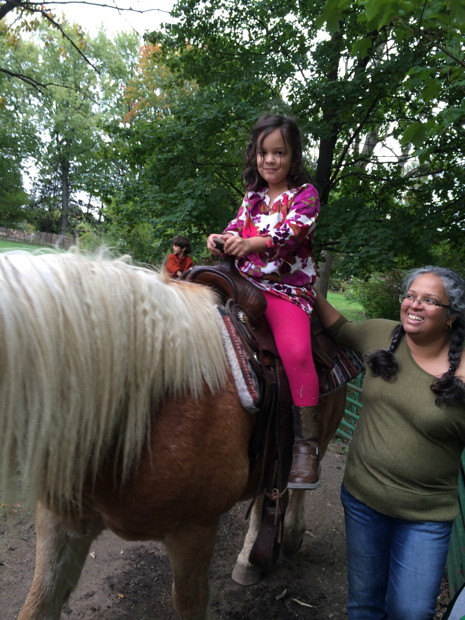 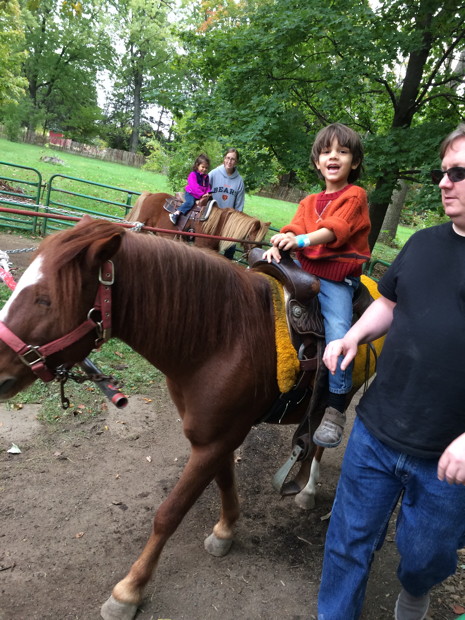 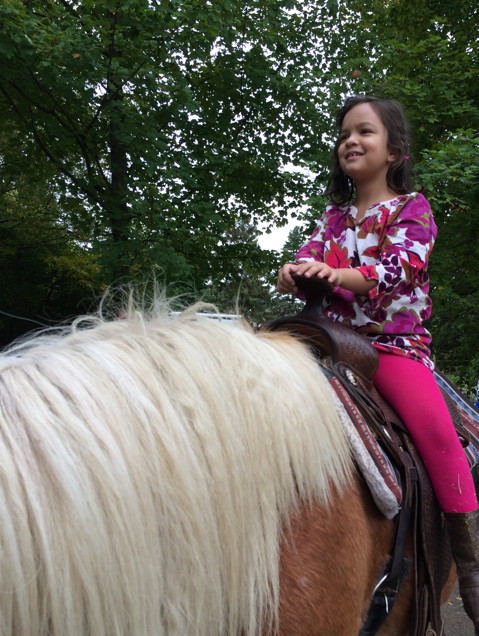