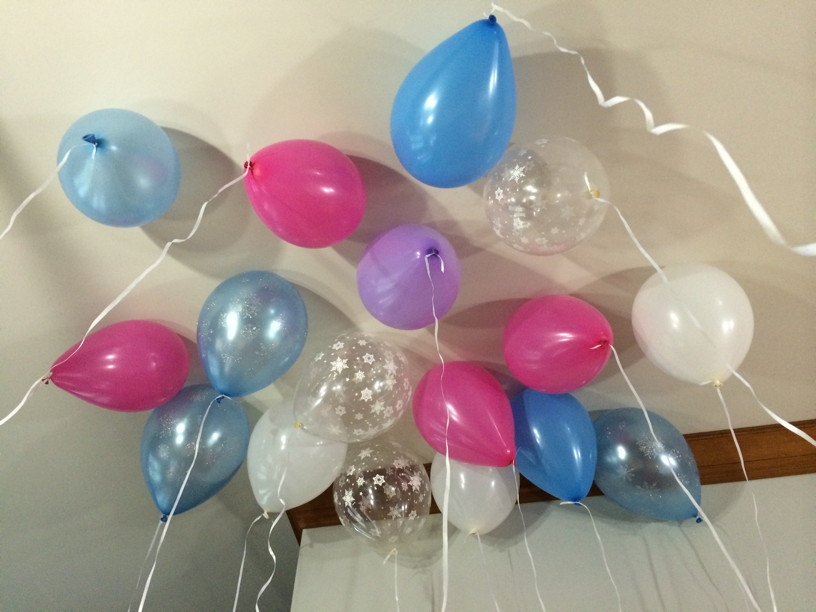 This may be a record -- I've now helped host two parties in the same day. Party 1 was Alex's fairy tale-themed party -- pink and silver and blue and princesses and dragons and knights -- and also various other random costumes, such as Spiderman. Kat did face-painting; we met a lot of kindergarten parents from Kavi's school. It was chaotic and great. 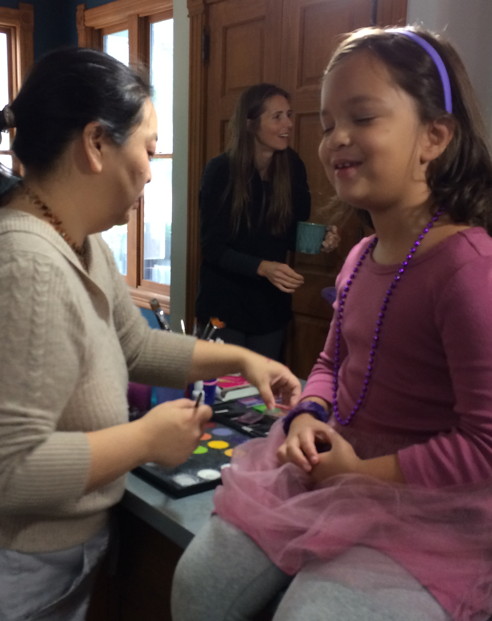 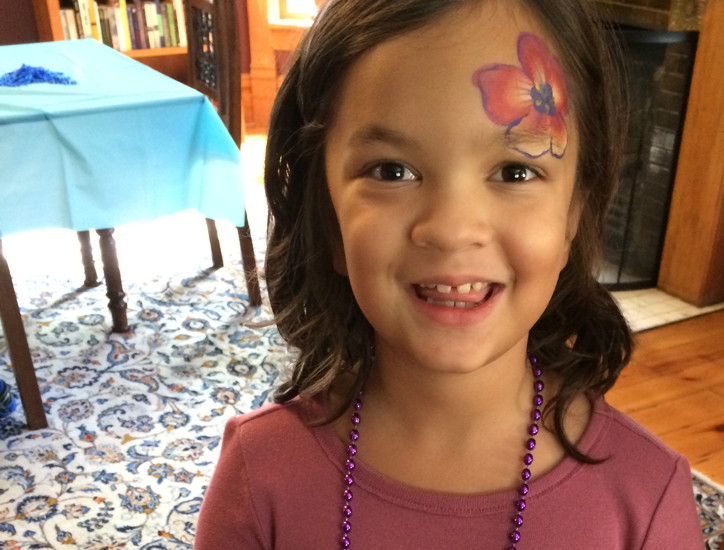 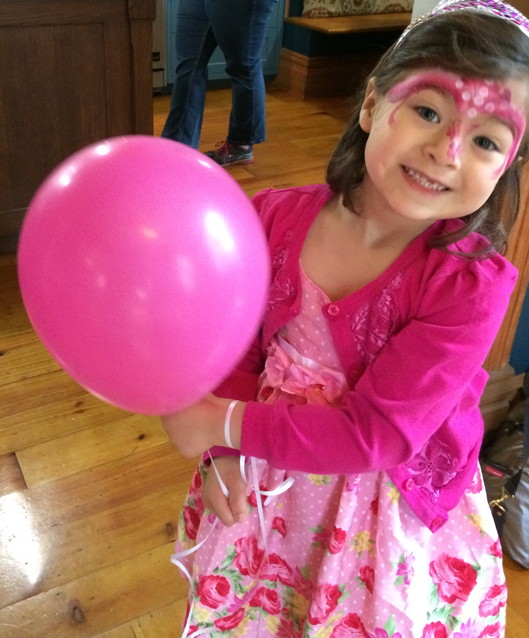 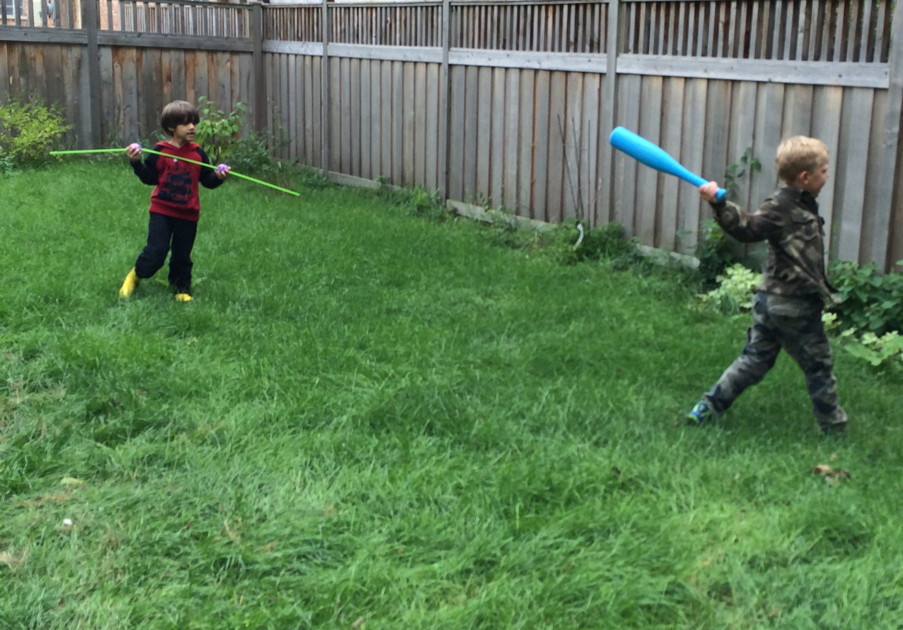 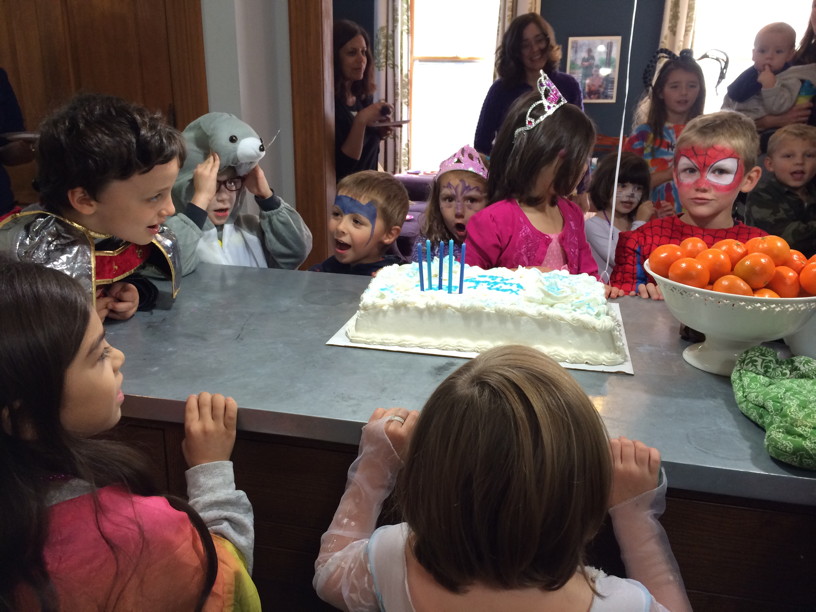 And Party 2 (which started two hours after the end of Party 1) was Michael's rainbow-ninja party. I wish I'd gotten a photo of Michael in his rainbow mask with bandana -- he really did look surprisingly like a rainbow ninja. We did a quick-change on tablecloth, paper products, and balloons, and Kat and Elliott did tie-dye. Pizza and cake and presents, and everyone went home happy. (And yes, just a little tired. :-) ) 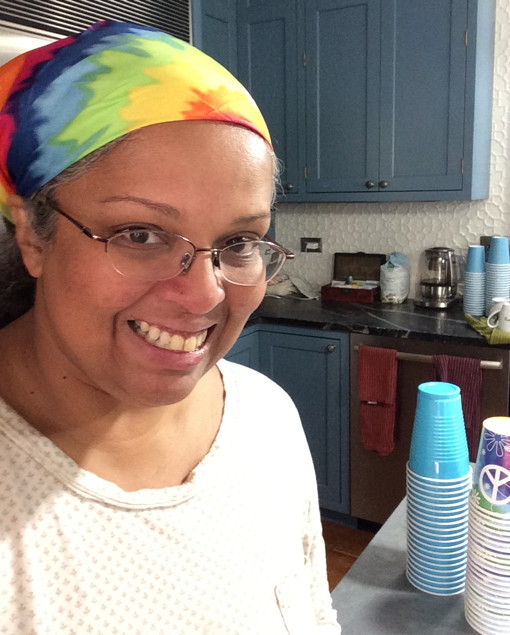 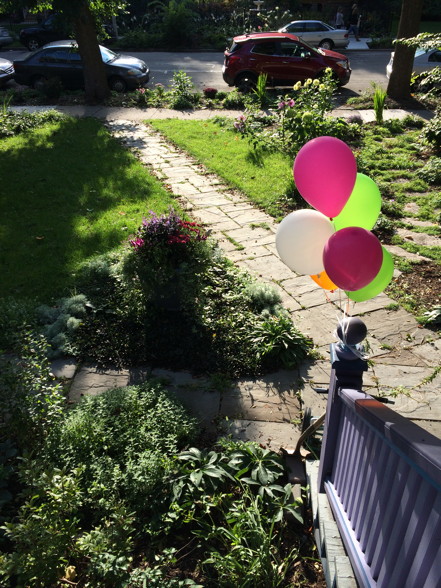 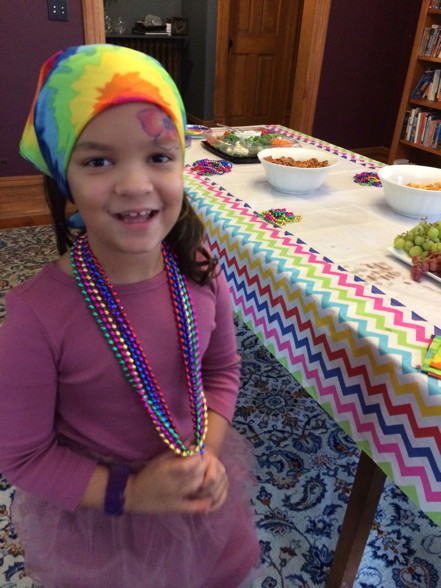 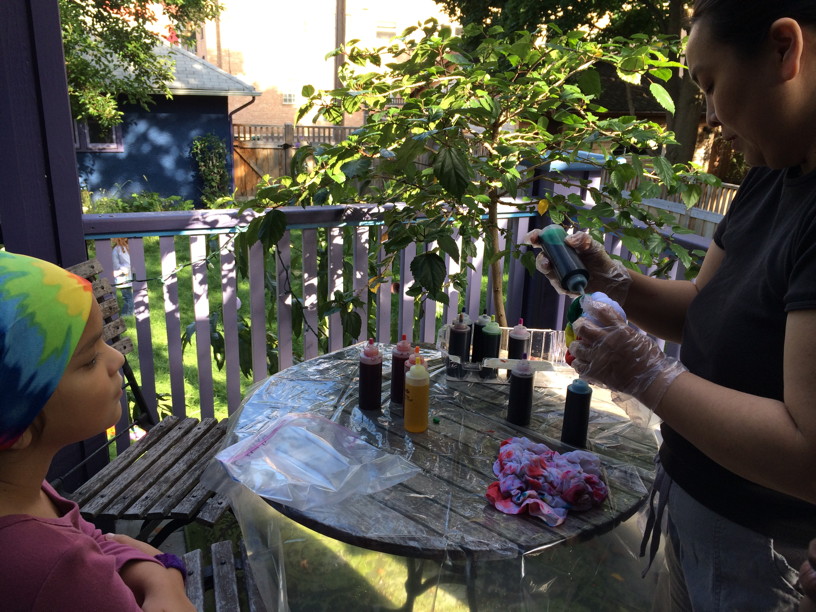 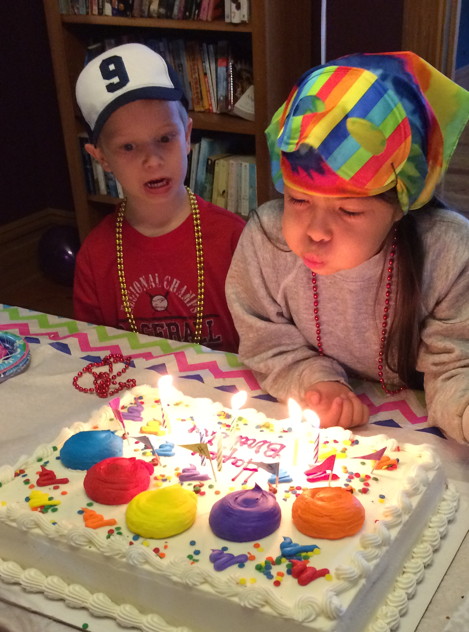