Kavi's owl sweater had finished blocking this morning, so I pulled out the blocking pins -- it was all ready to have the button eyes sewn on. But she came home and wanted to try it on. I'd have a photo for you, but would you like to guess HOW many minutes it took for her to get tomato sauce on it?

1. Thirty minutes
2. Of course she didn't get tomato sauce on it, because she is a careful, considerate child who appreciates the time and effort that go into making beautiful custom-made hand-knit garments.
3. Less than three minutes

If your answer was #3, then bing-bing-bing -- you are the winner!!! She was clearing her brother's plate from the table, and despite being warned to be careful...

Thankfully, we whipped it off, blotted it, rinsed it with cool water (from the wrong side, so the tomato sauce came off the same place it went on), added a bit of detergent, rinsed clean, and oof -- it came clean. It has now been blotted with towels and is lying flat to dry again. This sweater will stay untouched by childish hands at least until I get the buttons sewn on and I take a few adorable photos.

After that, she can destroy it however she wants.

It looks really good on her. 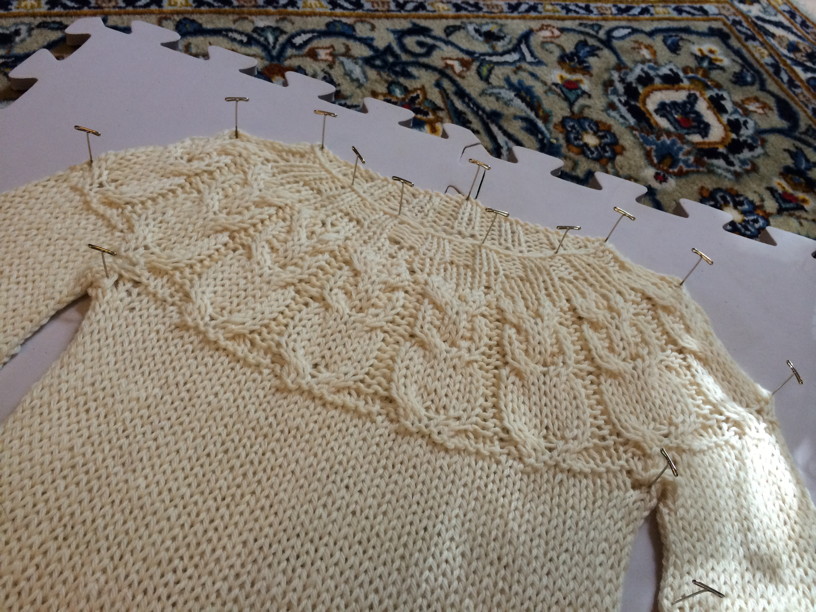 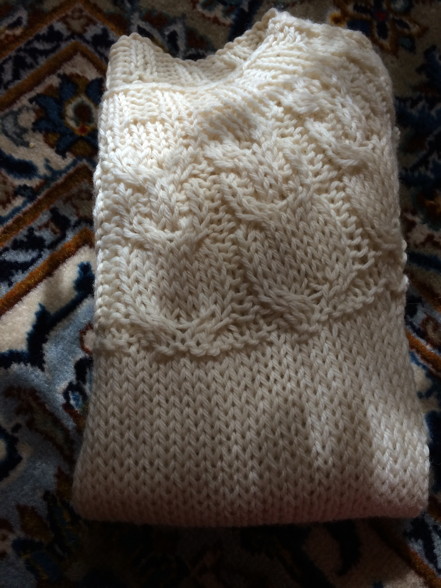 Part 2, from today: Couldn't focus to write, so I watched a Voyager and sewed button-eyes on instead. Waffled a bit on selection, but the cream buttons were too light, the brown buttons were too dark -- luckily, I think the sage buttons are perfect. Kavya is still at school, so I asked Ellie to model the sweater for you. She is a very patient doggy. It's a little tricky sewing the buttons on precisely, and some of them are slightly wonky up close. But if you're more than two inches away from them, they look just fine. Sweater done! Love it. 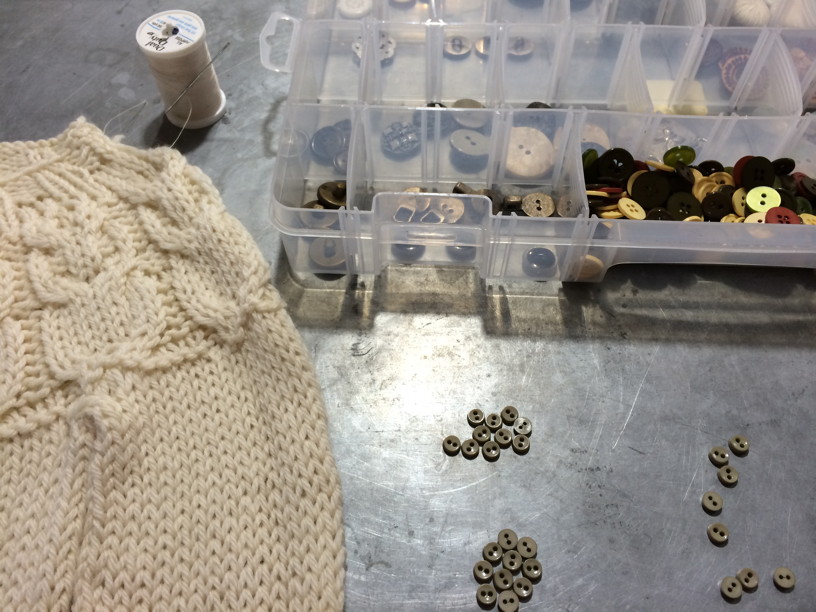 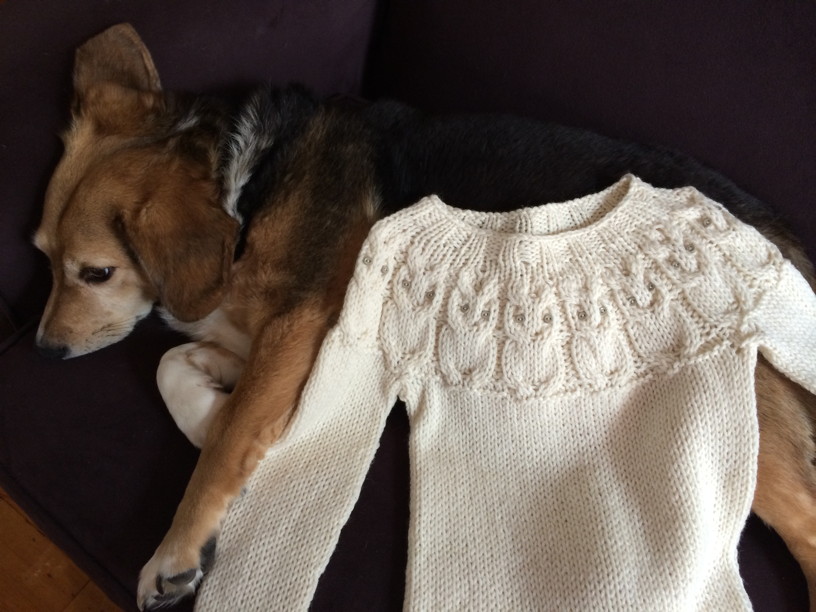 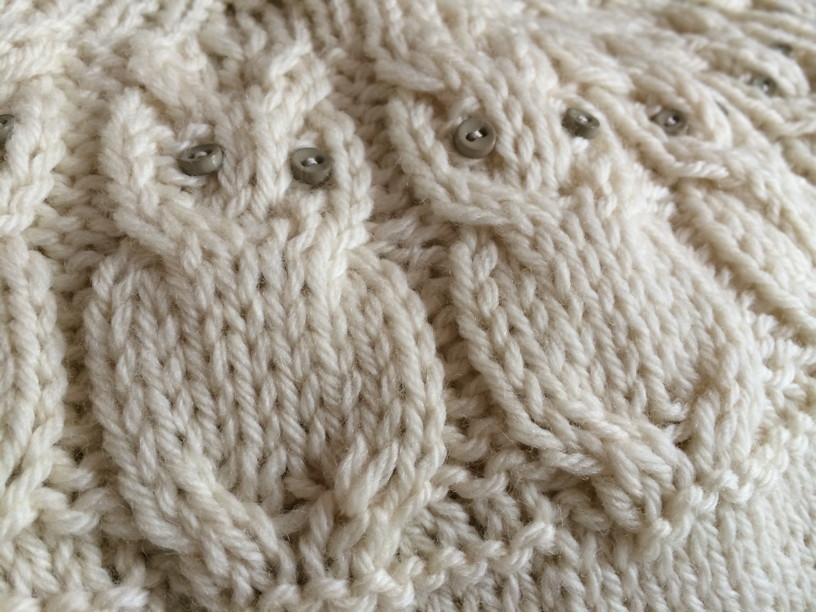