Facebook Instagram Youtube Twitter Patreon Shopping-bag
Menu
Kavya's first day of second grade; Anand's first day in the Garden room at his preschool. Kavi is both excited and nervous to start the new school year -- she picked out her "hi" shirt so everyone would know she was friendly. She said she wished Simone were in her class again, but she's happy Ishani will be there. Kavi hopes there won't be any mean girls, like there were last year (three of them), but she has a plan for dealing with them if there are -- last year, she decided that she would just be nice to them anyway, and maybe they would be nice to her back. And they were, so Kavi was quite proud of her triumph of social engineering. Me too. :-) 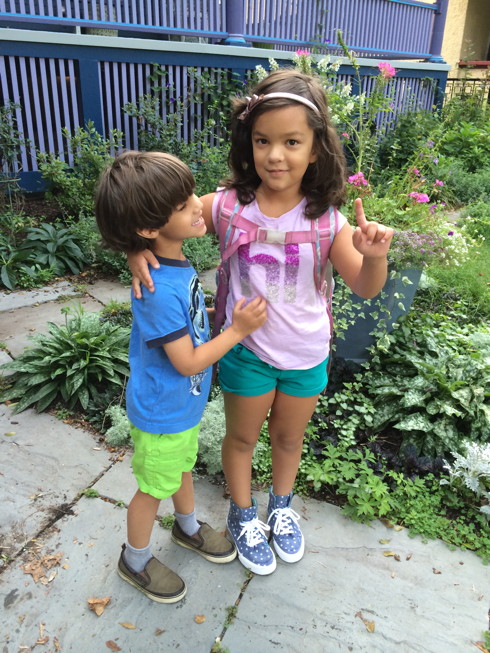 Anand's birthday is at the end of September, so he just missed the cut-off for starting kindergarten this year. By the time we thought about petitioning to have him start early, it turned out to be months after the deadline (February-ish). It's just as well, I think -- he's still high-energy and restless enough that I think preschool, with its hours of large motor play inside and out, and looser schedule overall, is probably a better fit for him. I'm a little worried that Anand will get bored, but since Kevin and I work from home so much, we do have some flexibility in whether we send him to school on any given day, so can pull him out occasionally for other activities if he seems really bored with it. 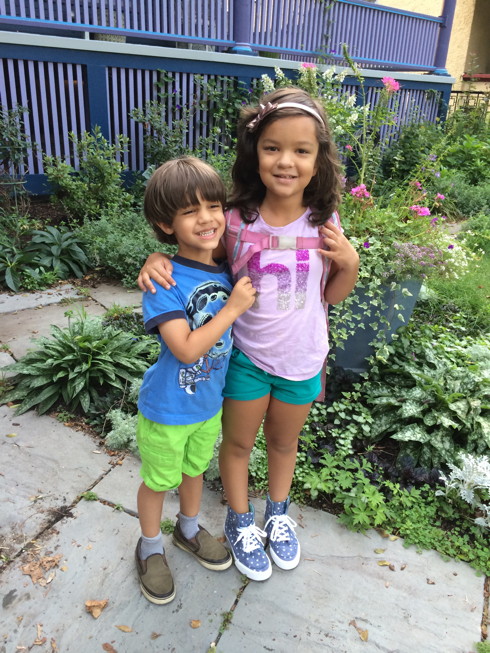 We'll see -- I also think a little boredom is good for the soul; it opens the door to creativity. :-) 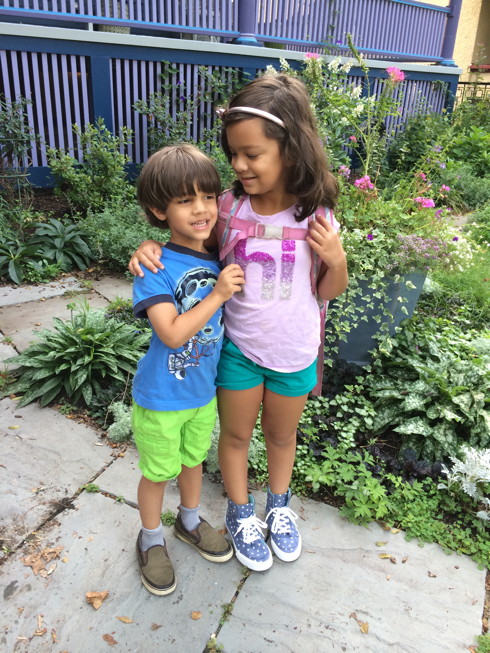 2 thoughts on “Kavya’s first day of…”