Facebook Instagram Youtube Twitter Patreon Shopping-bag
Menu
Last set of garden photos for the night, I swear. I am getting over my prejudice against hostas -- it's entirely unfair, and it's just because *so* many people around here just plant gazillion hostas and call that a garden and I had gotten tired of them. But in the right place, like here, where this white-edged one lights up a darkly-shaded hellstrip, they're valuable -- tough, drought-tolerant, and luscious. It'll bloom at some point, but its main value is for its leaves. I have some blue-tinged ones in there too, which I am growing fond of. 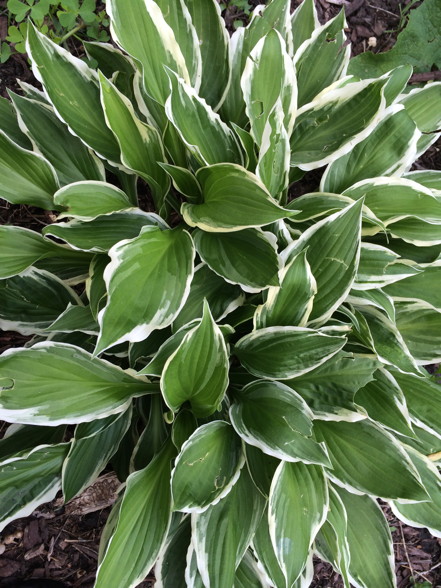 I experimented with planting a few ruffled irises last year, including this pale purple one, which I believe is Pallida Dalmatica? And I do like them, but I think I like my stands of deep purple iris sibirica, Caesar's Brother, even better. Their slender vibrance is just classic, especially in big drifts. 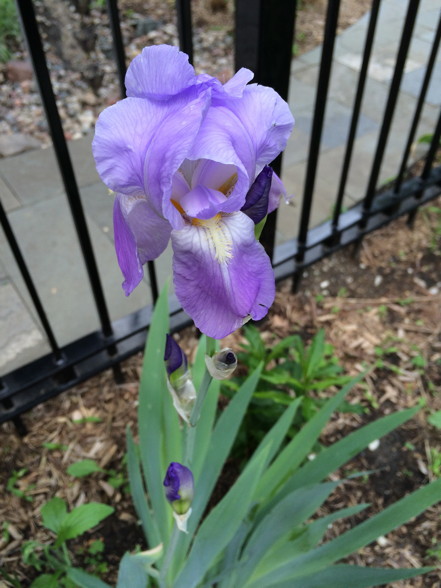 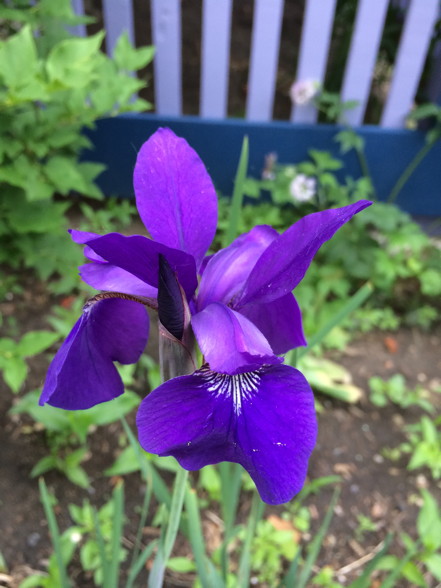 I'm going to try to move those columbine tomorrow, I think, to join their companions. In case they don't survive the journey, I wanted to leave you with a last look at their delicate beauty. The pink one is like a dancer. 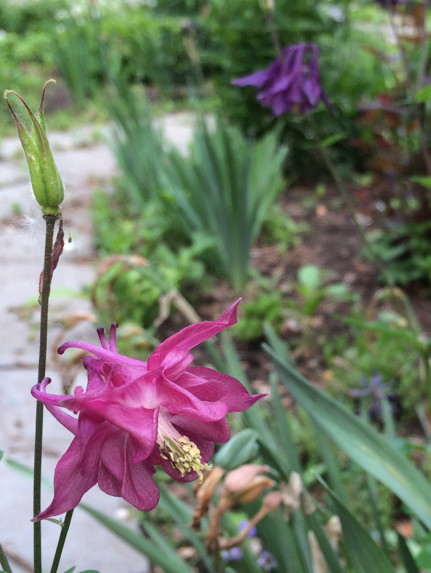 Kat﻿, here's a detail for you about Pallida Dalmatica, though I think just having one plant will be of little use to you!

"The grape-scented, lavender-blue iris known as I. pallida Dalmatica has been used in perfumery and distillery since ancient times, and its still being farmed for that purpose today  as seen in the photo below taken in Tuscany by our good customer Debbie Hughes of Wellsville, Kansas.

Inspired by Debbies photo and with some help from Google, we discovered the Sagrona vineyard, a small family vineyard in the heart of Chianti where I. pallida is grown amid the grapes as it has been for centuries. As youll see at sagrona.com, its not the iris flowers that are harvested but the rhizomes. Peeled by hand and dried for two to five years, the rhizomes develop a violet-like scent and fixative properties that preserve the chemical structure of other fragrances, prolonging their aroma. A ton of dried rhizomes  known as orris root  yields 4 pounds of a thick, oily, and very expensive substance known as orris butter which is still widely used in making high-end fragrances  and gin"