Facebook Instagram Youtube Twitter Patreon Shopping-bag
Menu
Carmela﻿ gave me this wild ginger when I first moved in here -- she dug it up from her garden in Madison and drove it down. The leaves are huge and lush -- I included my hand for scale. It's a lovely ground cover -- looks nice all spring / summer and into fall, if I'm remembering right. No need to mulch under this! 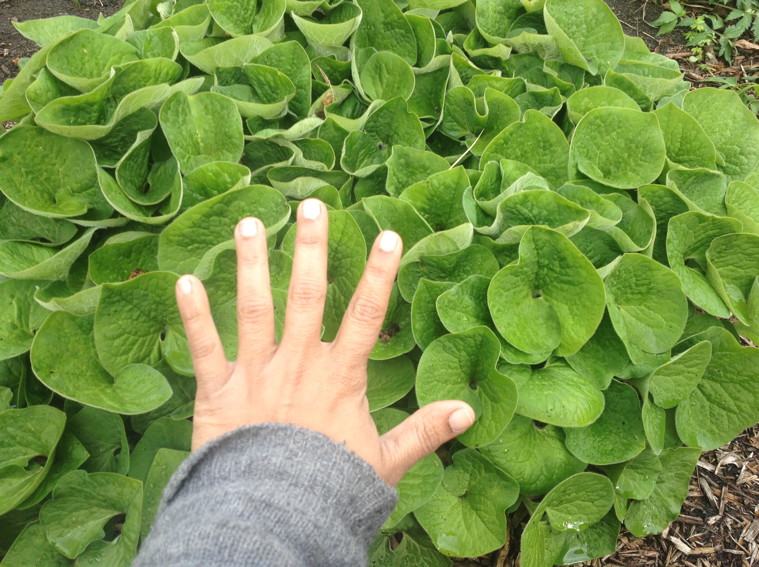 This next photo shows how the typical grass of our neighbor's hellstrip transitions to our new flower bed. That was mainly the labor of Toni﻿'s son, Arlo -- he's away at college now, but I'm hoping next time he's home, he can stop back and admire the fruits of his labors. I love seeing the cheery pink Sanne tulips and white Thalia daffodils (along with some fritillaries) flanking the sidewalk. 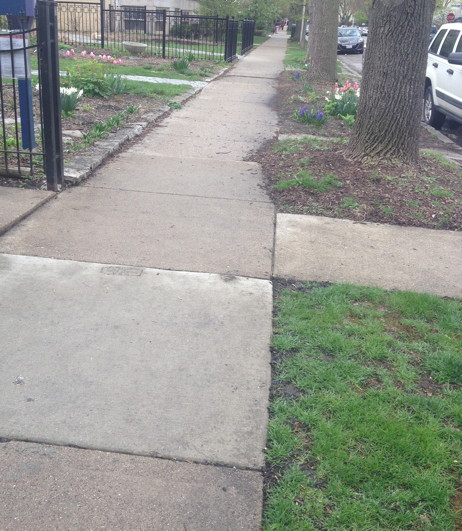 The spring planting in my big blue pot is, I think, the best combination I've come up with in the eight or so years we've had that pot. I like it muchly. :-) 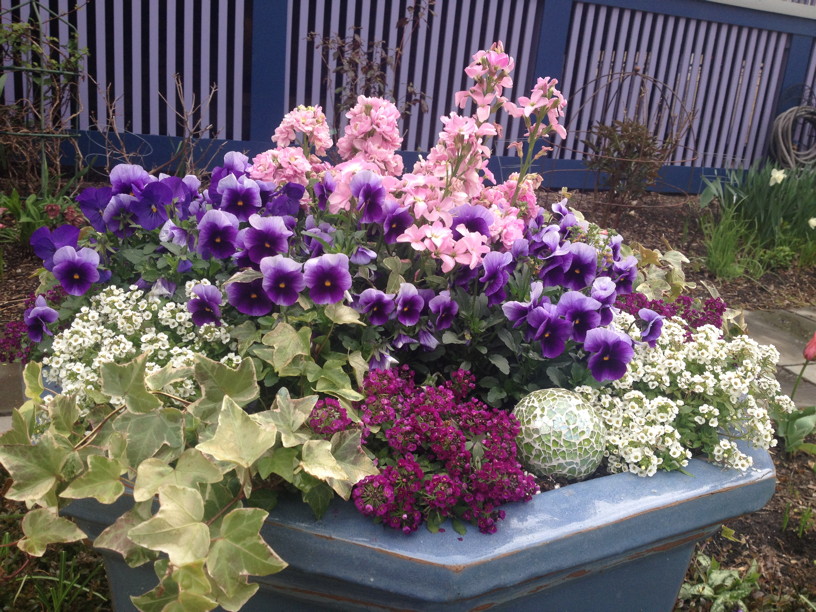 The Jack Frost brunnera is a star in the shade garden; I just have one, but several more would be nice! 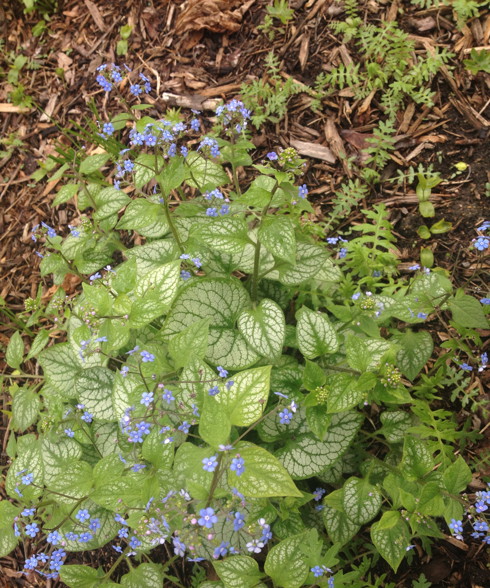 The old-fashioned bleeding heart is out and ridiculously lovely; I have two plants so far, and would gladly plant a dozen more. 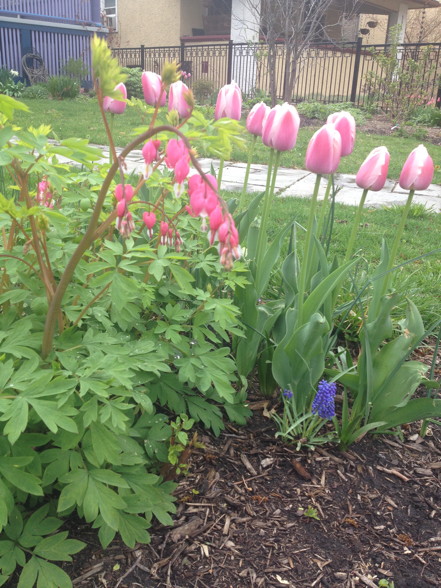 The second pic is a viburnum shrub -- the first buds are out, and soon they'll turn into little snowballs of white; a very cheery spring shrub. 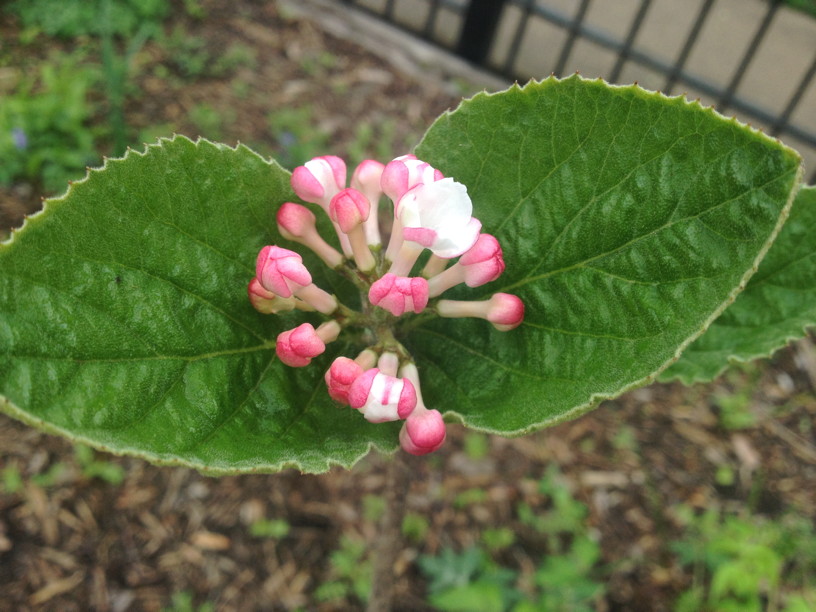 Next is a bundle of bulbs all planted together -- in retrospect, a little too crowded, I think. Can I spread them out once the leaves have died back? What is the right time to move bulbs? Sanne tulips, Thalia white daffodils, fritillaries white and checkered, muscari. 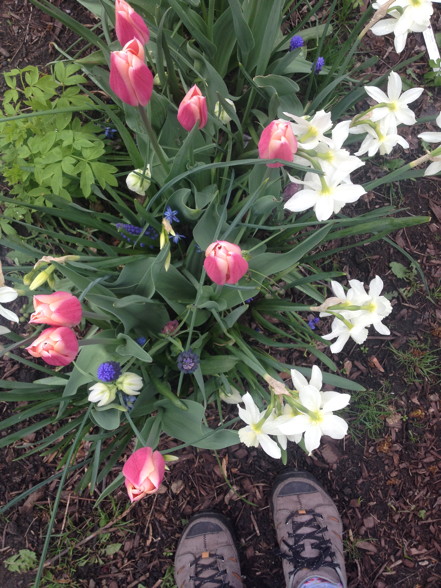 Okay, here's the big question. Last fall, I planted four or five fruit trees, and I am very excited about them. But my yard is small, and I'd planned to espalier them, to save space. But a) I never got around to staking and pruning them appropriately last year, when they went in as one-year-old trees. Now they're budding, and I'm reluctant to prune them now -- but maybe I should? And b), I realized I don't actually particularly want to make the formal shapes that one does with espalier -- the candelabra, etc. shapes. My garden isn't that formal, and all I really need is to keep the size manageable. Right now, that pear has one branch that's shot up to 6 feet, which is going to bear fruit taller than I can easily harvest -- ideally, I'd like to just keep the tree smallish. Is that do-able? With pruning, but without all the staking and tying to wires that one does for espalier? Inquiring minds want to know, and my googling has so far been entirely unclear on the subject! 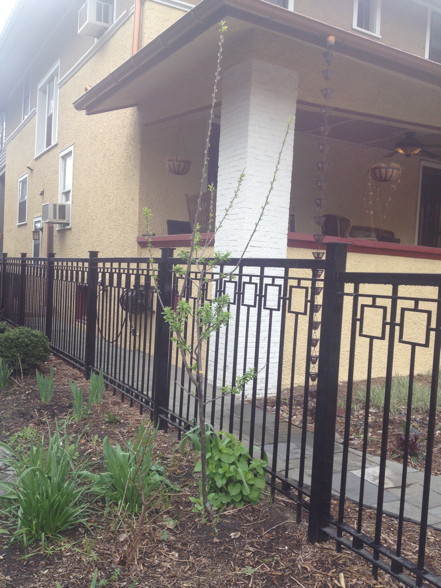