Facebook Instagram Youtube Twitter Patreon Shopping-bag
Menu
Lunch today with Maria﻿, Kat﻿, and Ellen﻿ -- with Toni﻿ hopefully stopping by later for tea. Also four kids. I've spent the morning alternating cooking and e-mail; spring break is nice. Below is the chili leeks recipe from my cookbook; one of my favorite Sri Lankan accompaniments, and one I haven't made in a while. (I only made half the recipe, since it's a small group.) To be served with deviled prawns, beef saag, mixed potato & veg. fry, cucumber raita, and fresh berries for dessert. Should be good, yes? Yes. :-)

1. Rinse dirt off outside of leeks. Discard any tough or withered leaves, but do use the green portions as well as the white.

2. With a sharp knife, slice the leeks thinly; when you're slicing the green leaves, make a tight bundle in your hands for easier slicing.

3. Wash the sliced leeks very thoroughly. The soil trapped between the leaves won't actually taste particularly bad, but the grittiness is unpleasant. I recommend not simply running the sliced leeks under a colander -- rather, put them in a large bowl of water and wash them vigorously, changing the water at least three times. This is labor-intensive, but well worth it.

4. Heat oil in a large saucepan and add the leeks. Saut, stirring for 5 minutes, then add the remaining ingredients and stir until well-blended. (Photo 4 shows color change at this stage.)

5. Cover and cook over low heat for 30 minutes, stirring occasionally. The leeks will reduce in volume. Uncover and cook, stirring, until liquid evaporates and leeks appear slightly oily. Serve hot. 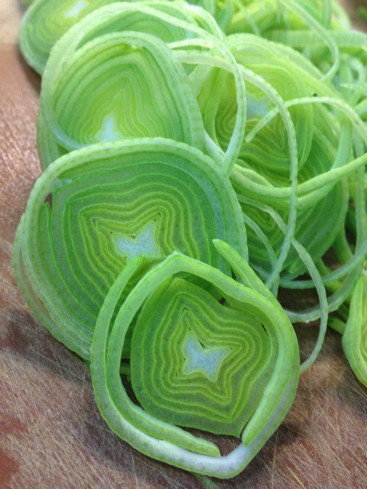 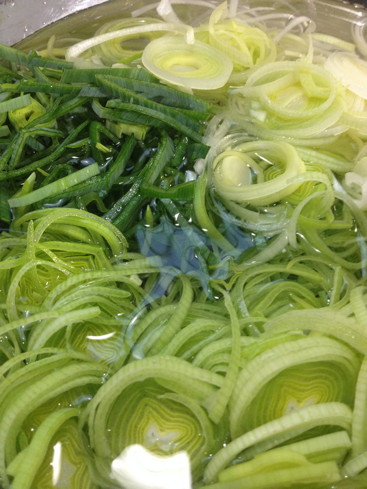 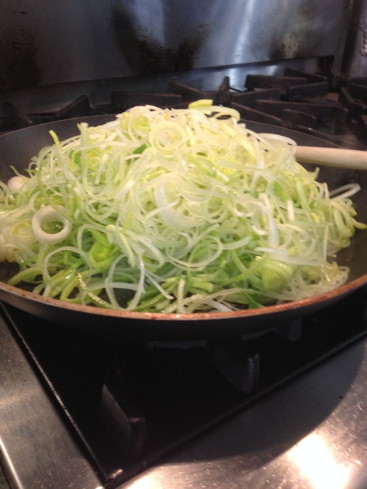 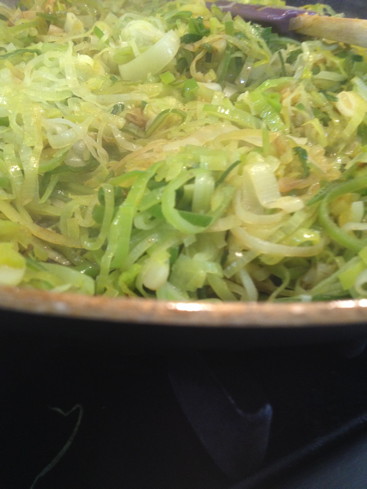 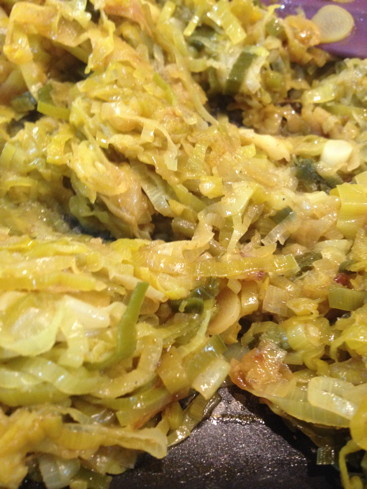 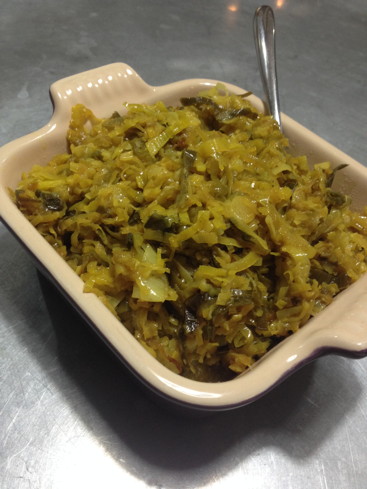