Facebook Instagram Youtube Twitter Patreon Shopping-bag
Menu
Oddly enough, even though I received it today, this isn't a Valentine's present; it was intended as a Christmas gift from Jed. Sometimes art takes a little longer than intended -- which I suppose will come as no surprise to those who waited an extra year for me to finish my last book. But I love this Laurie Toby Edison piece, which commemorates the opening to The Stars Change. Her work is so very beautiful. And I'm amazed at how she incorporated several details from the book into the piece, including a subtle tiny cat's head and a reptile tail in the "Warren" towards the bottom of the pendant. When I wear it, I feel like Kimsriyalani and Gaurav are with me, just a bit. And the city itself, of course. V. cool. 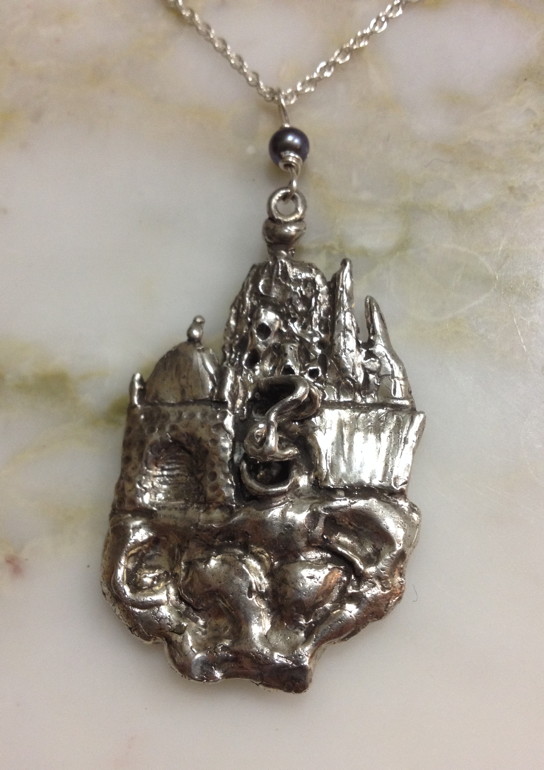 "From this height, the various precincts were clearly marked. The medical complex, bright and white and vast. The mathematical eyrie clung to the side of a mountain, not far below the astronomer's peak. The psychologists had built themselves a maze to navigate; mastering it was a graduation requirement. The tower of art centered the campus, a frothy creation of violet spun-steel. And the historians lived within an immense Mughal palace, a testatment to the glories of their ancestors. 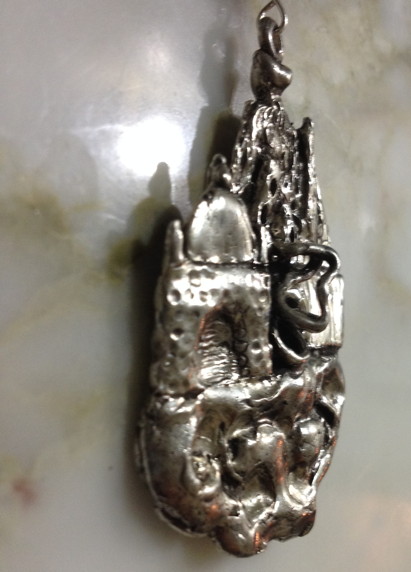 .His destination was not so visible; his fellow programmers had buried themselves underground, for the sake of their machines. But he knew where to go. To the eastern edge of campus, near the Warren, where the monsters lived. Avian, saurian, gasbags, methane breathers -- all the bizarre variations the universe had offered up, once humans escaped the confines of Old Earth. All the aliens that could survive on a planet's surface, in human-comfortable temperatures, at any rate. Just west of the Warren lay the entrance to the programmers lair, a massive gate of metal wrought in fantastic shapes. He had the key. The men would be waiting."