Facebook Instagram Youtube Twitter Patreon Shopping-bag
Menu
I've discovered the solution to my somewhat compulsive cookie-decoratingness -- do half the batch myself, being as persnickety as I want, and let the kids do the other half. Kavi picked the tree and star cutters out (of the several holiday cutters we have), and cut out the shapes a few days ago. I baked them, and then today, we iced them.

Oddly, both the white and green squeeze bottles of pre-made icing were really hard to squeeze, so after a few tries, she had me do them. But she added the sprinkles, and the little red ornaments on the Christmas trees. She was very proud of those!

Anand said he'd rather play Plants vs. Zombies than decorate cookies. Ah well. He did pause his game long enough to eat a cookie, and proclaimed it good, which I will call success. 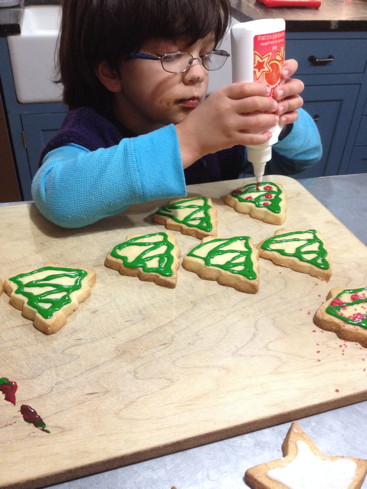 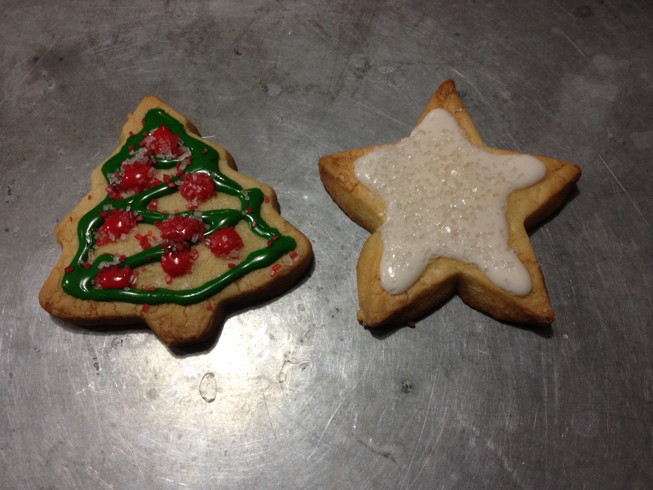