Kevin assembled the turkey-of-fruit. He did a nice job, didn't he? 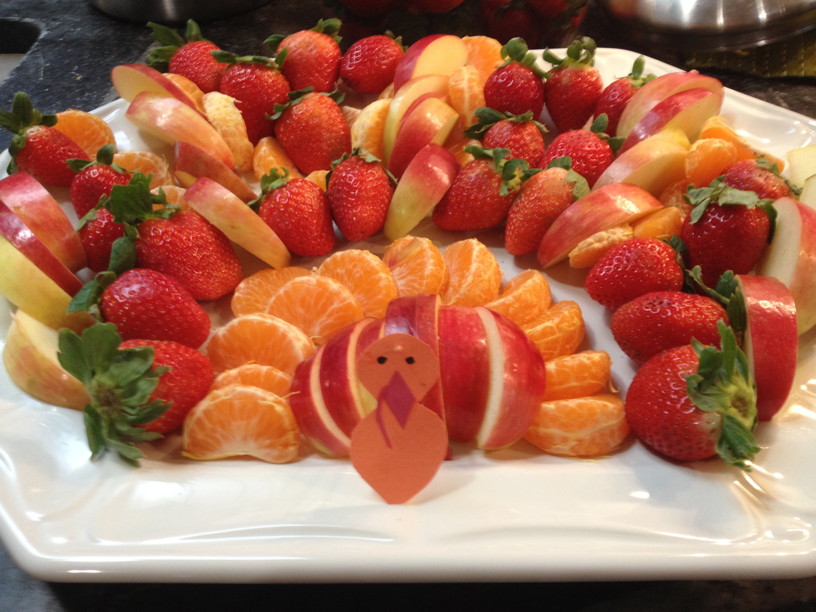 These crab-stuffed mushrooms came out DELICIOUS. Worth the fussiness. 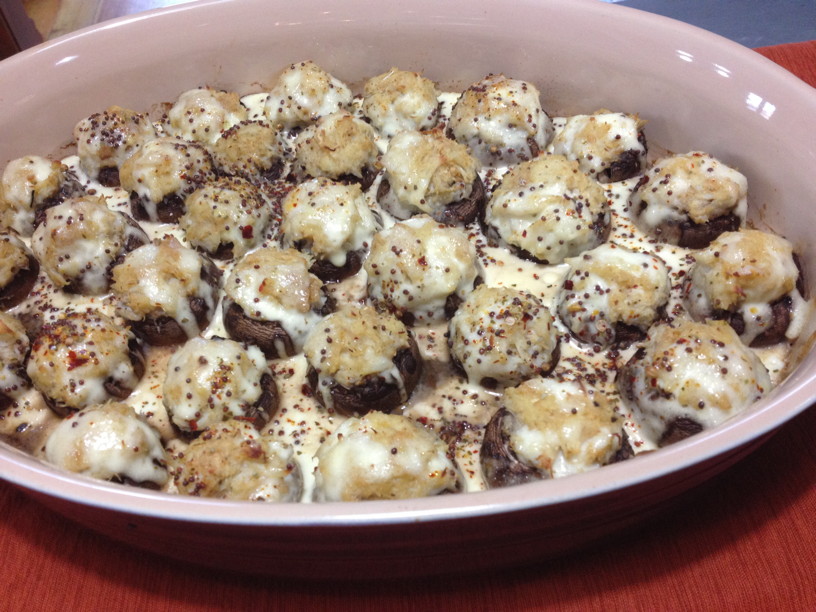 Pear cocktails with slices of pear. Nummy and light. 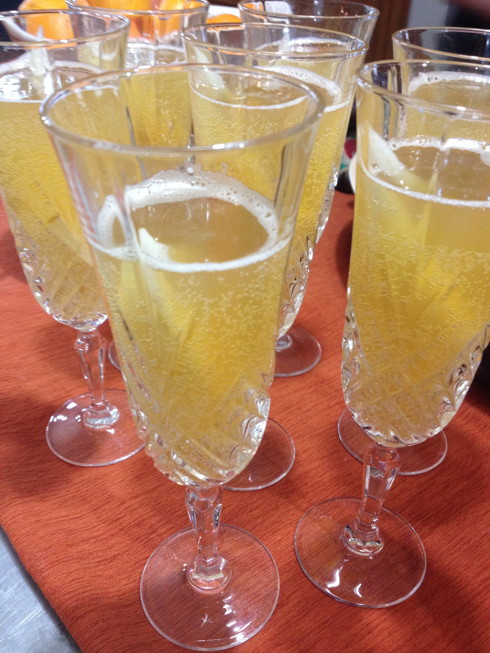 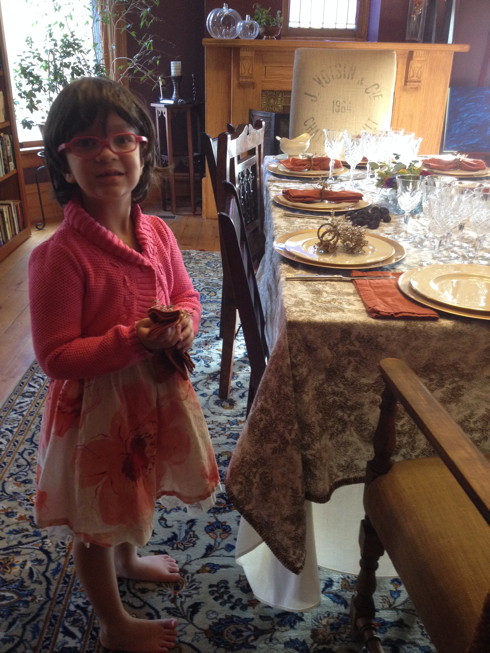 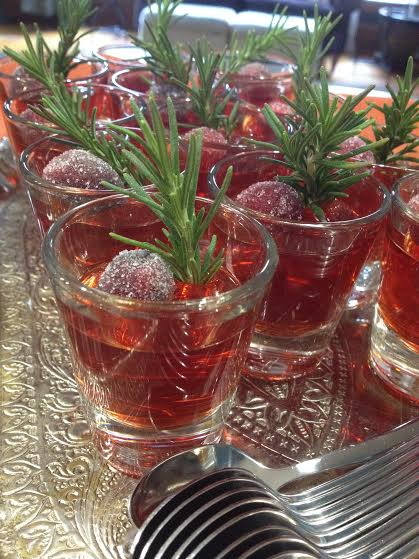 Photo of Anand, by Jason. 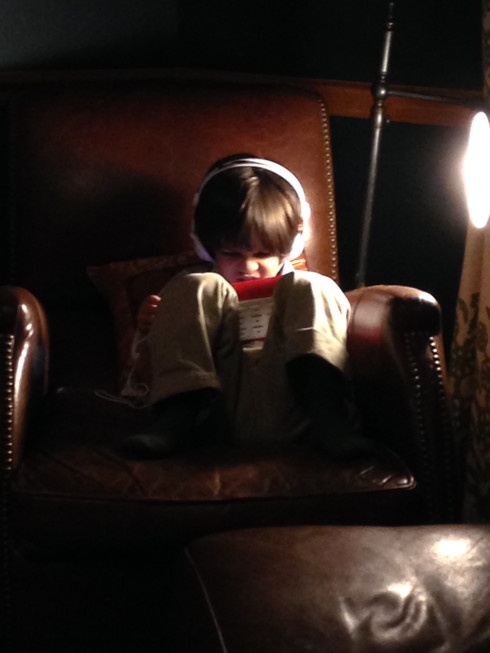 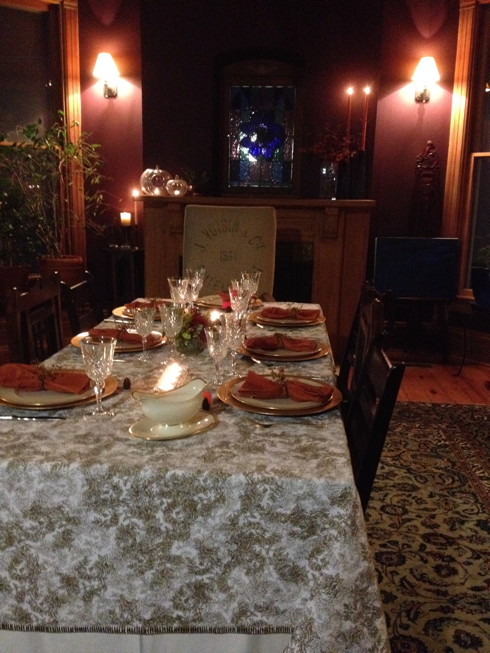 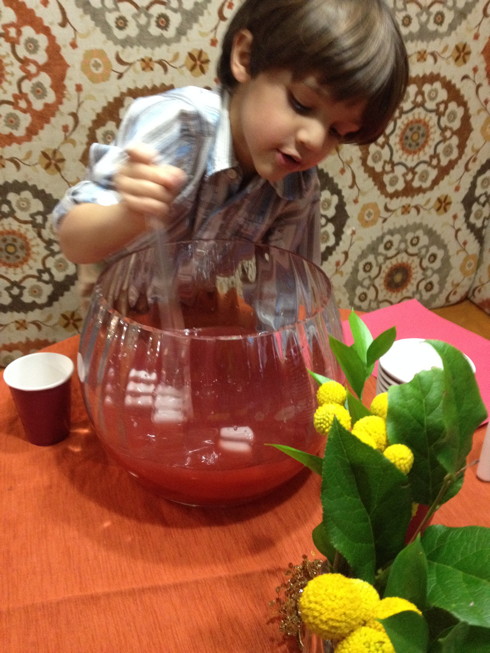 What would older kids do without their phones? 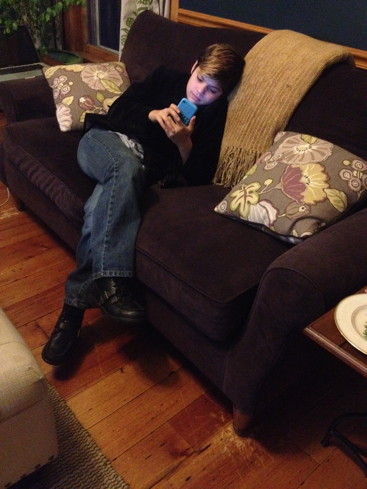 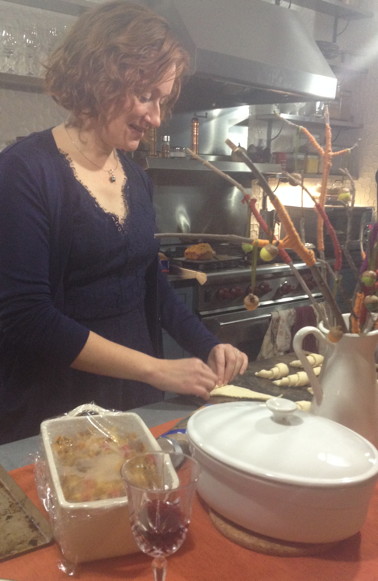 Her husband Rob talks to Samanthi about the wine he makes. (They brought all of that wine!) 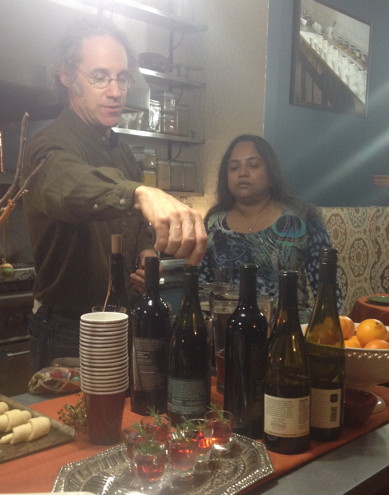 Butter turkey! From the store -- I haven't gotten one before; I think I love it. 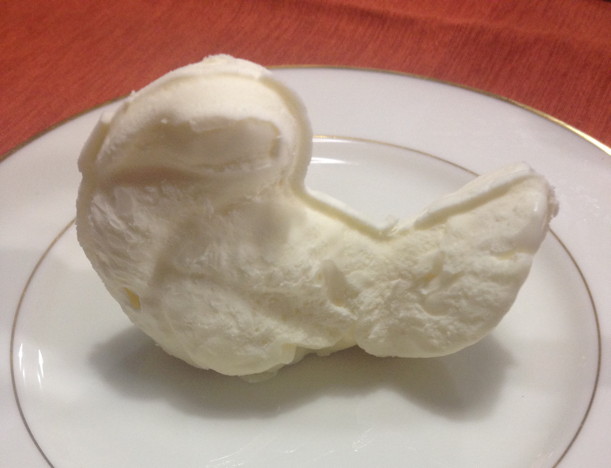 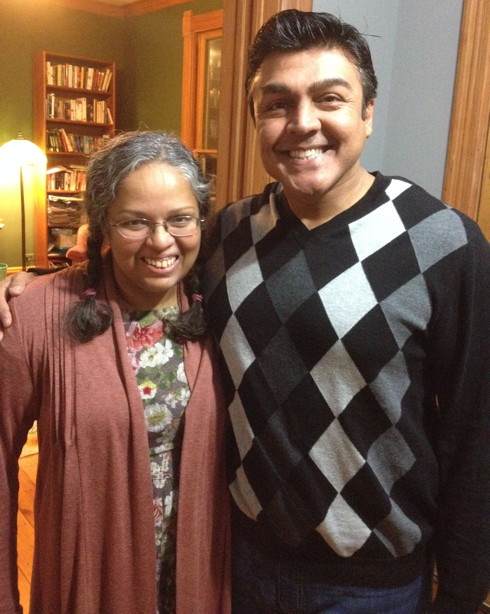 Anand's favorite part of the holiday (he says) was watching Jazz's game on his phone. 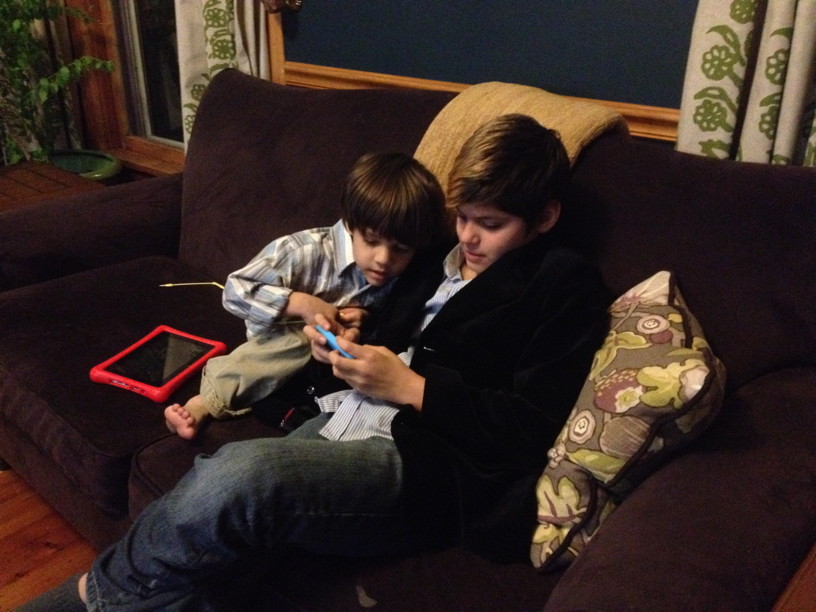 Kavya's favorite part was playing with Paris, which she did, intensely, for hours. For some reason, both girls decided to eat their dinner standing up. In this photo, they are both double-fisting crescent rolls, and ignoring the rest of their plates. 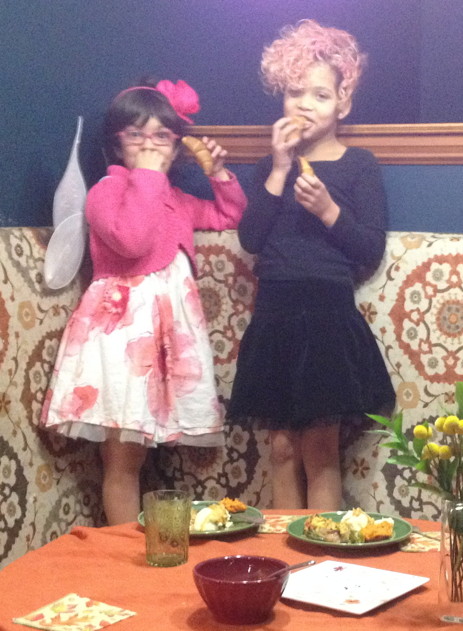 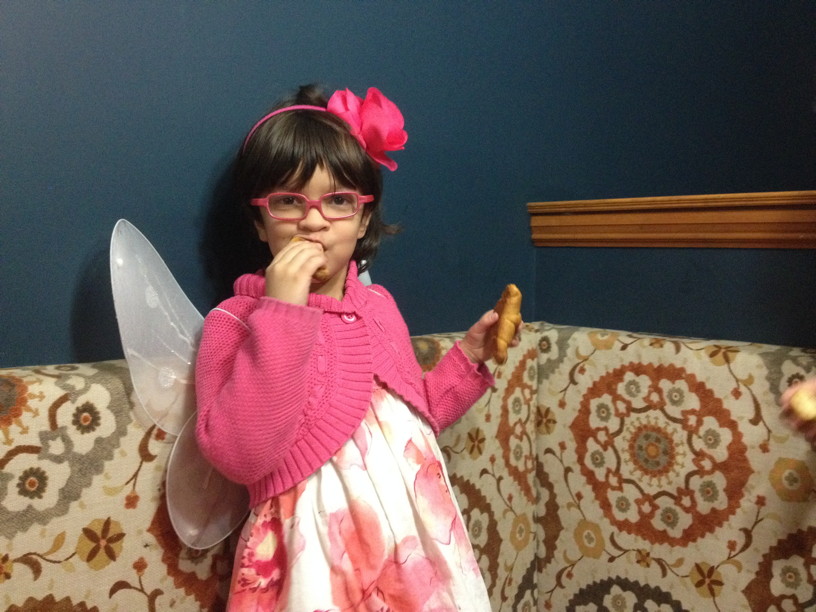 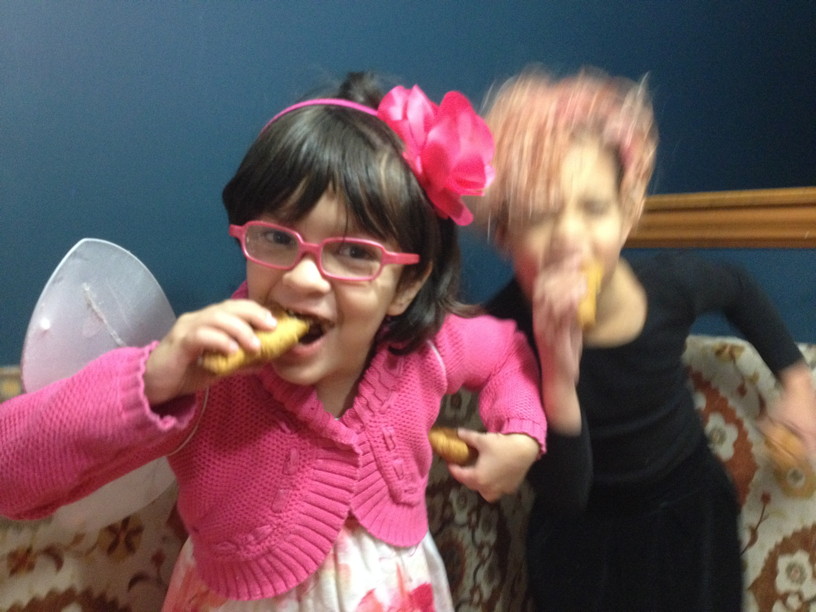 Pumpkin flan was very nice (thank you, Martha Stewart, for the recipe). V. impressive apple and pecan-caramel pies from Mary Robinette rounded out an evening of too much fabulous food. Very Thanksgiving! 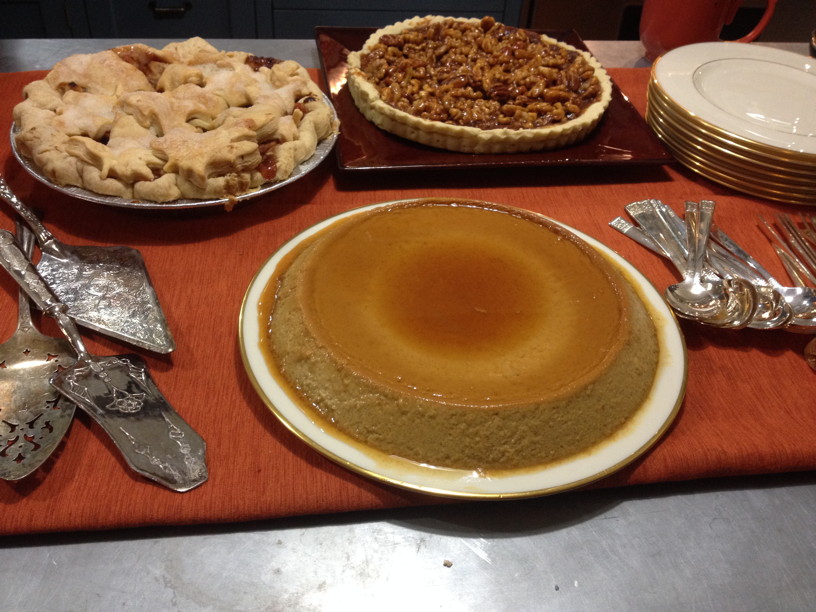