Facebook Instagram Youtube Twitter Patreon Shopping-bag
Menu
Yesterday, the Kickstarter-copy trade paperbacks of The Stars Change arrived! (Should've been here sooner, but there was some unforeseen and unexplained delay at the printer. Sigh.) Today, I need to work on assembling the various Kickstarter reward packages -- there are sexy bookmarks to make, and thank you cards, mugs with a Kat Beyer﻿ sketch of a naked me (discreetly dressed in steaming chai) and homemade curry powder packets/cookbooks to put together). And some signing and numbering to do, of course!

It's probably going to take me the week to get everything together; I realized I need to order a few items. But come hell or high water, I'm going to get them all in the mail by December 1st. Which is sort of ironic, given that in the original Kickstarter, I said that prizes could be expected in December 2012�apparently, I was a full year off on my publishing production estimates. I've learned from my mistakes, though -- if I ever Kickstart another book I haven't yet written, I'm going to tell people up front that it's going to be at least two years before they're likely to have a finished book in their hands.

Hardcover folks, I'm so sorry that we're not quite ready for you yet. Soon, I swear. 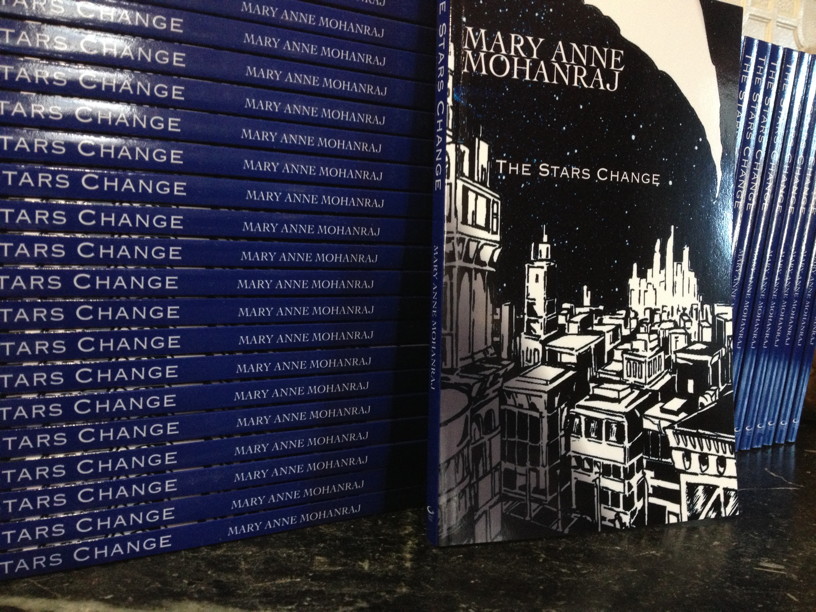