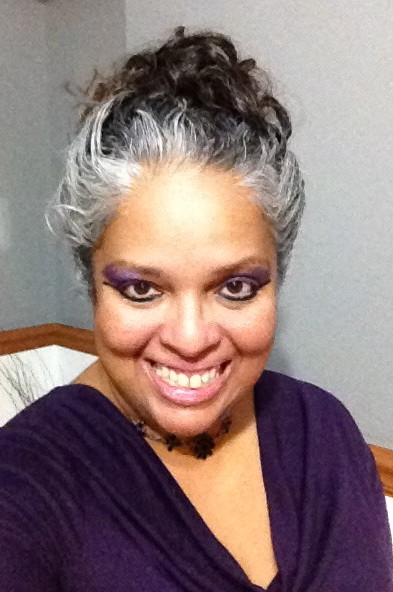 I never realized how much I looked like Ursula, the sea witch. Hm. 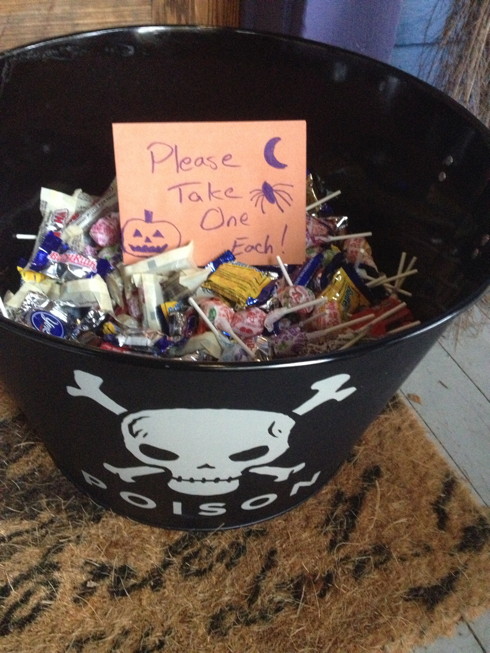 We went to a friend's for trick-or-treating. Two hours later, we returned to find the bucket ravaged, with just a few pieces left, lonely, at the bottom. Now, did they really take one each? Doubtful. I'm just hoping that no one dumped the whole bucket into their bag! 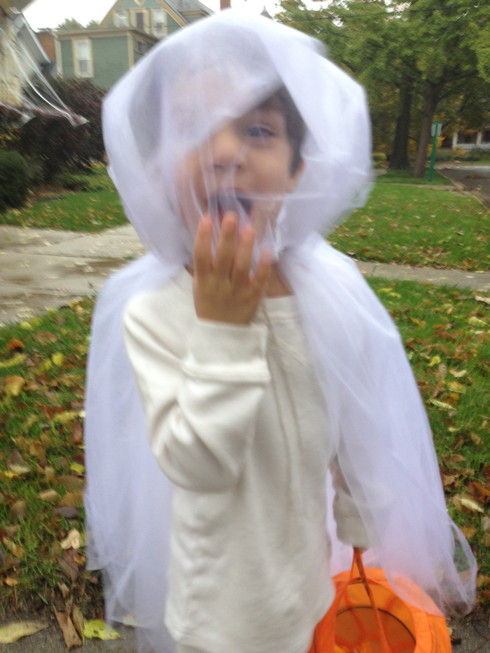 I liked the way the ghost hood could be pulled down over their faces, providing a ghostly visage without actually obscuring their vision. Our pediatrician friend also noted her approval of that! I guess pediatricians see a fair number of injuries on Halloween. 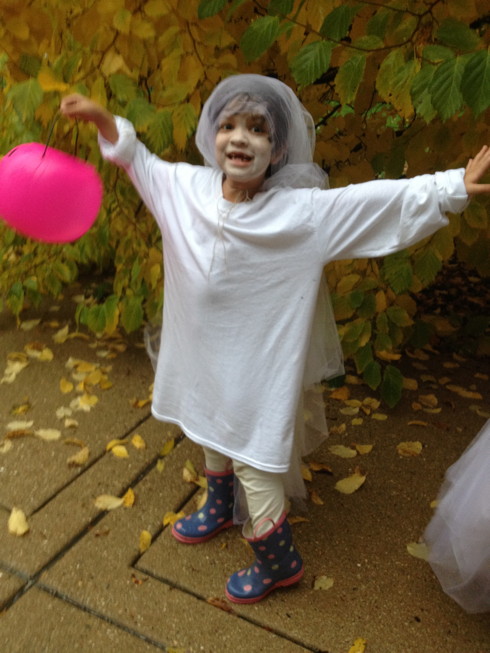 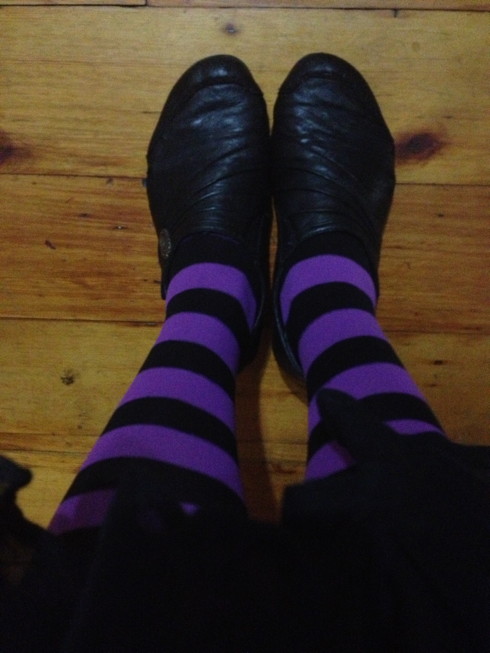 If these tight survive the wash, I suspect you will see my witch costume recur next year. It's fun being a witch! Also, cheap -- I had the skirt, top, and shoes already. Which perhaps says something about my everyday wardrobe� 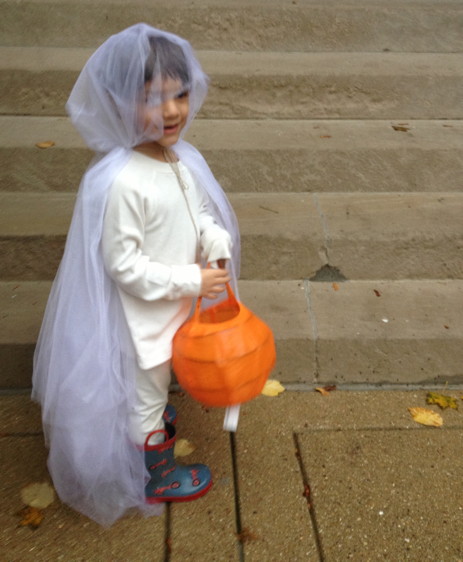 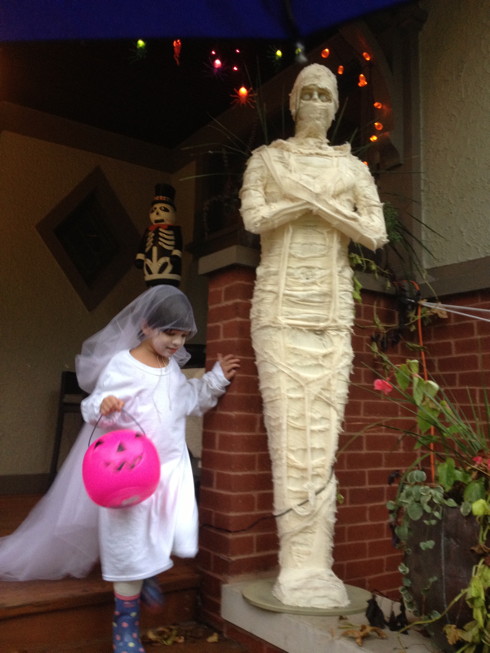 I admit to being a little envious of the decor at this house. That mummy! 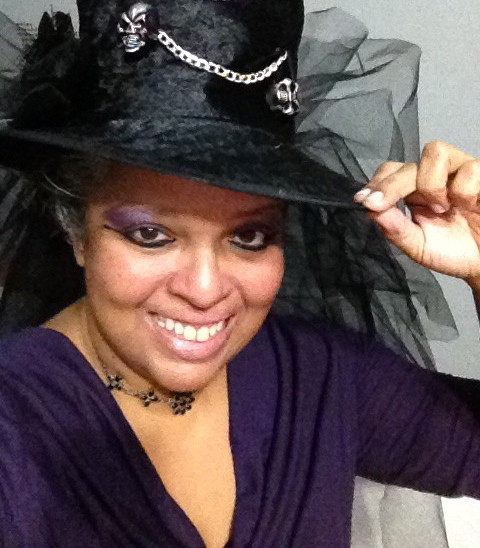 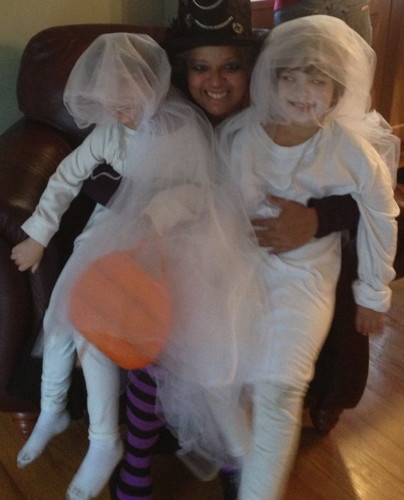 They are getting too big to both fit on my lap at once. I do not approve. 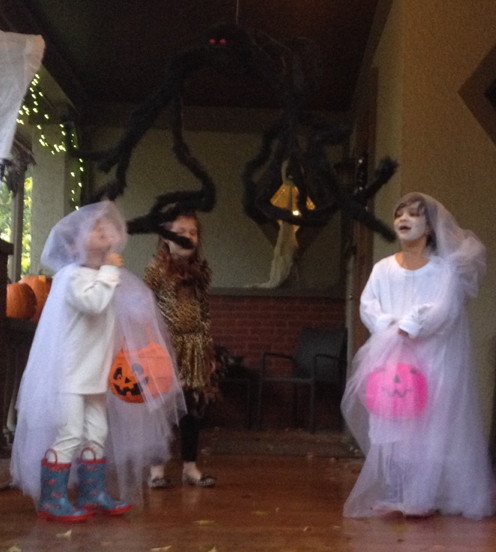 They had the giant spider on a string, and poor Anand freaked a little when it suddenly fell on him. Kavya, however, insists that she is "un-scareable" this Halloween, and actually touched it. 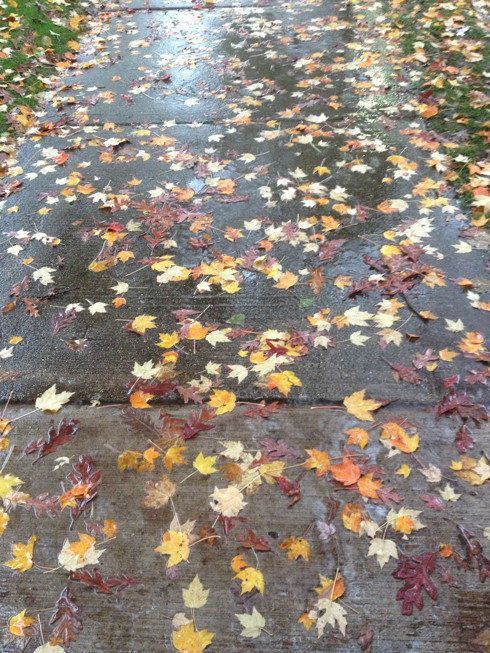 Just pretty in the rain. 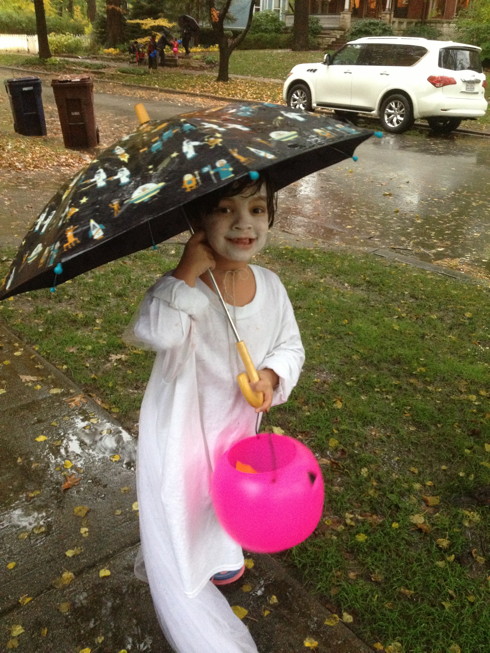 Towards the end of our trick-or-treating (Anand only managed six houses and then went back; Kavya did a dozen in the rain, and then another round after dinner), it started to rain, so we pulled out the umbrella. Thankfully, she's now old enough to manage both umbrella and candy; made my life a lot easier! Her costume got soaked and trailed behind her, but luckily, we're done with them now!