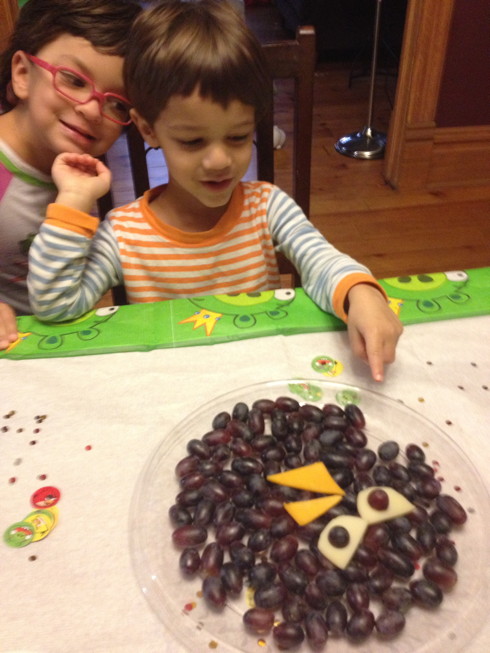 I actually had to make this bird twice, because *someone* ate off the features and much of the face before the party. 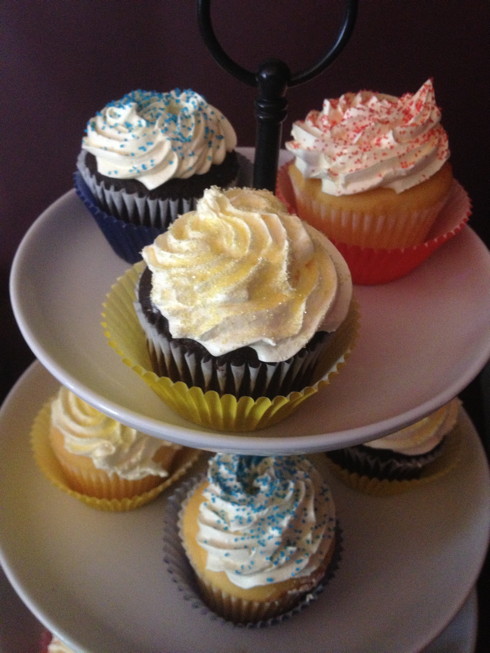 I was anxious that there wouldn't be enough cake for 40 people, so I bought some cupcakes at the grocery store, stuck them in primary color wrappers (which didn't really fit, but looked festive anyway) and sprinkled them with appropriate-colored sugar crystals (Roshani's brilliant suggestion). Delightful (and all eaten). The cream puffs and mini-eclairs also devoured. 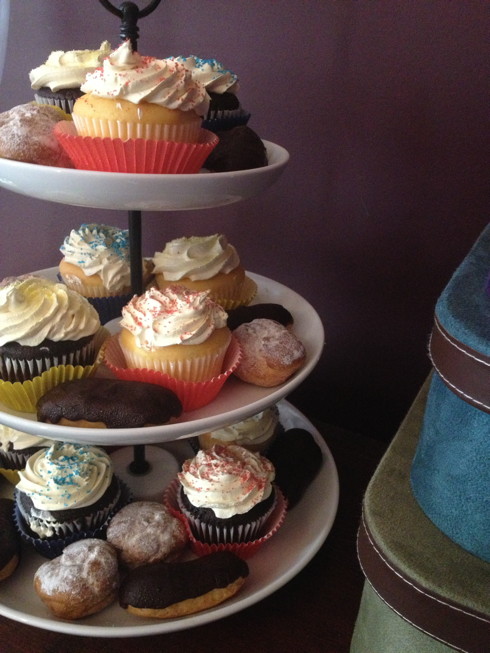 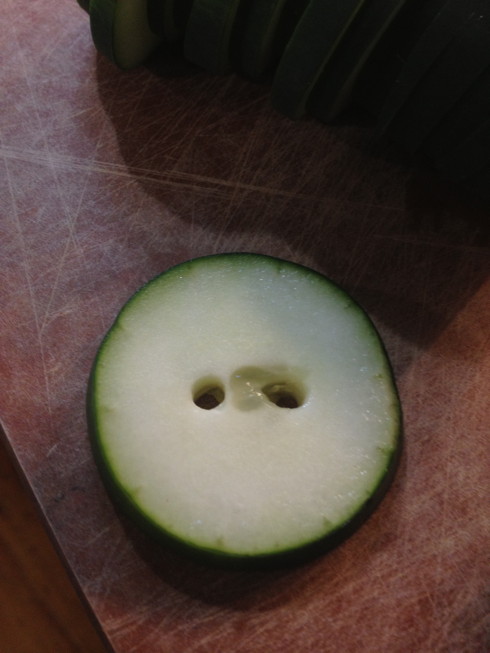 This didn't work out as well as hoped. Protip: if you're going to use a straw to punch out holes to make the cucumber slices look like piggies, get an English cucumber, which is thinner and less watery. This is the only one that semi-worked -- all the other slices were too big and had too many seeds for the proper effect. I suspected this would be the case, but they were all out of English cucumbers (the ones that come wrapped in plastic), so I thought I'd try. Oh well. 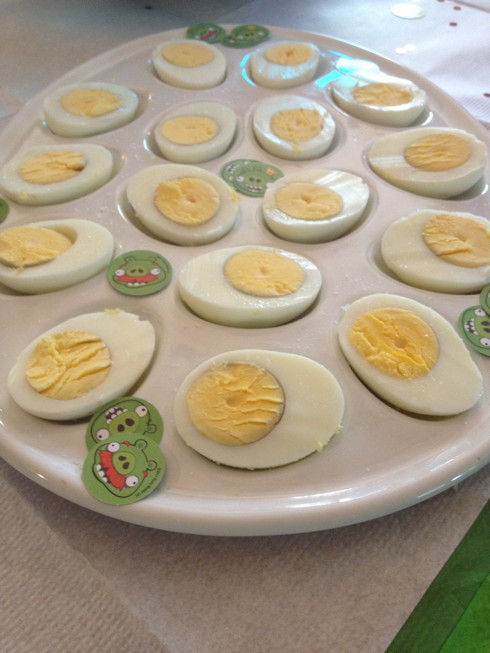 Oh no! The piggies are coming to steal the eggies! Anand actually was a bit distressed by this, until I showed him that you could use the little Angry Bird confetti to flick off the piggy confetti. Ha! Take that, piggies! We will defend our eggies! 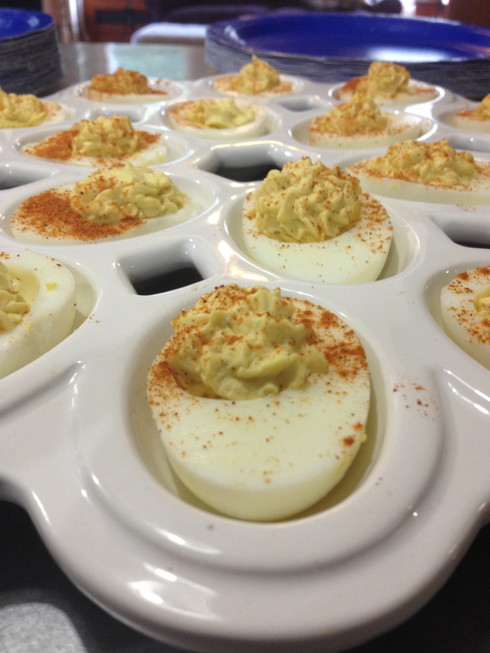 Grown-ups got devilled eggs. I tried piping them for the first time, which was kind of a disaster, because I didn't realize I really needed to get all the lumps of egg yolk out, that I had to make the devilled part super-smooth. It kept clogging the pastry bag tip, and I had to keep poking it with a skewer, and squeezing really hard, and well, I managed it in the end, and learned my lesson, and they were both delicious and pretty, but whew! 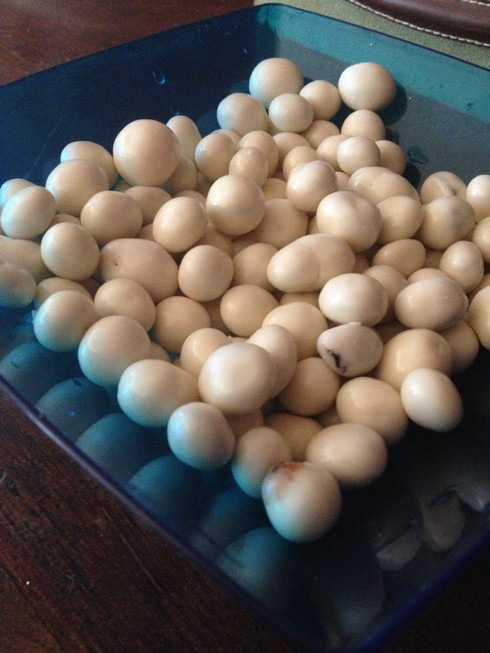 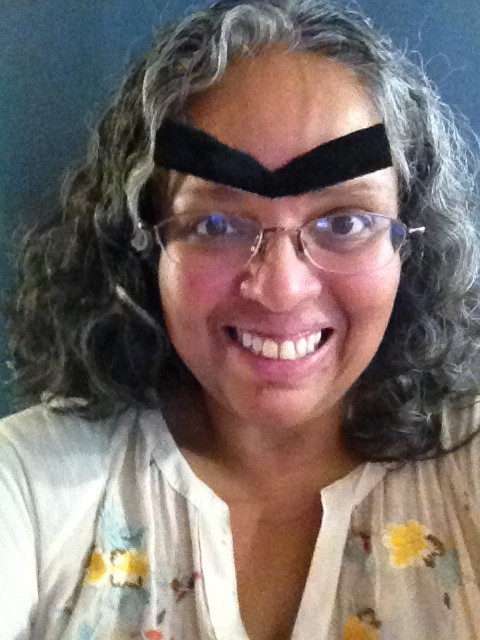 Ha! The Angry Bird Mary Anne is coming to get you! 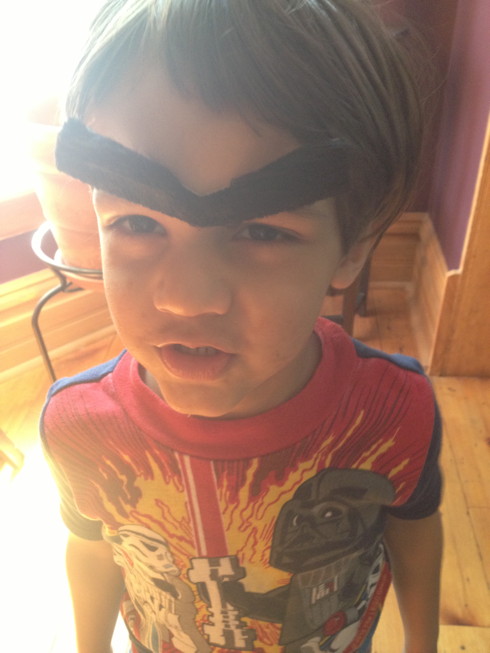 Anand is trying to actually look angry here. This is not his real angry face, which is much more sulky. 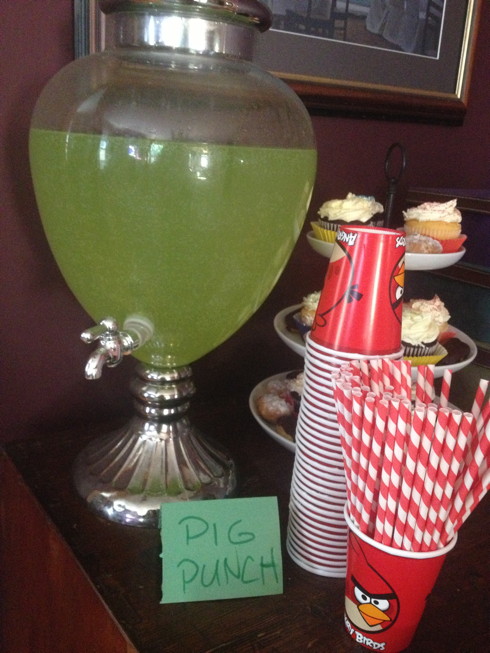 So, I was going to make the pig punch out of green Kool-Aid, but they didn't have any at the grocery store. Argh. I ended up using some kiwi-flavored water + lemonade + ginger ale, and it worked out, but it was a close thing. I ran out of time to make a big pig face to go on the front of the container, which would've been cute -- ah well. The kids were still amused. 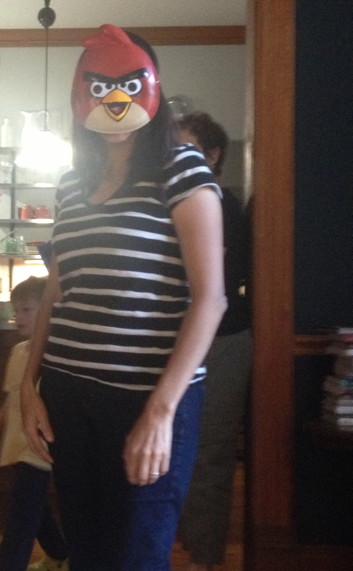 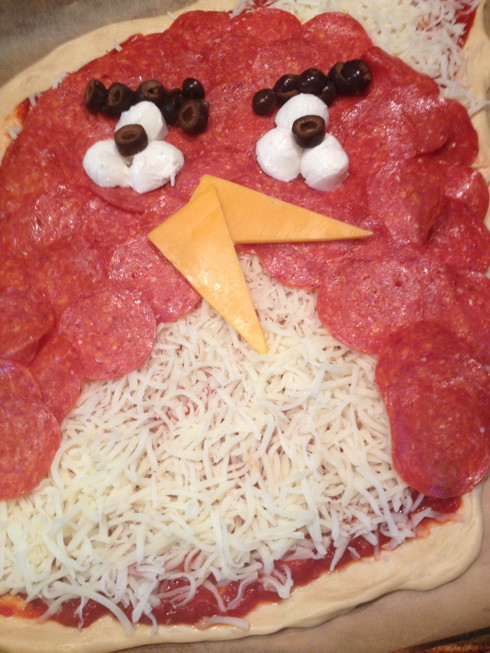 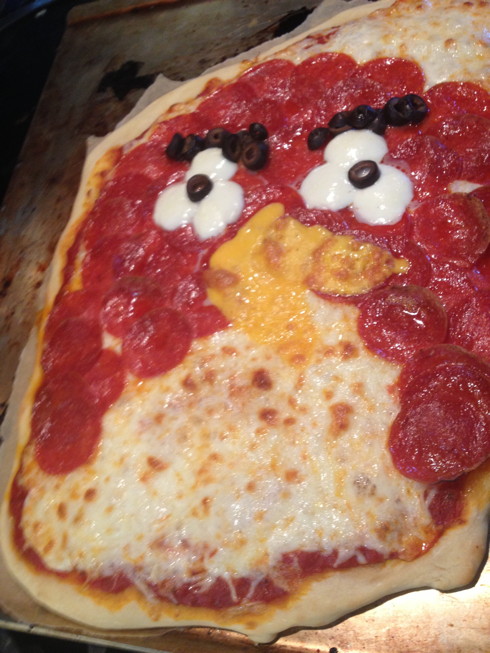 Even when melted, still recognizable! 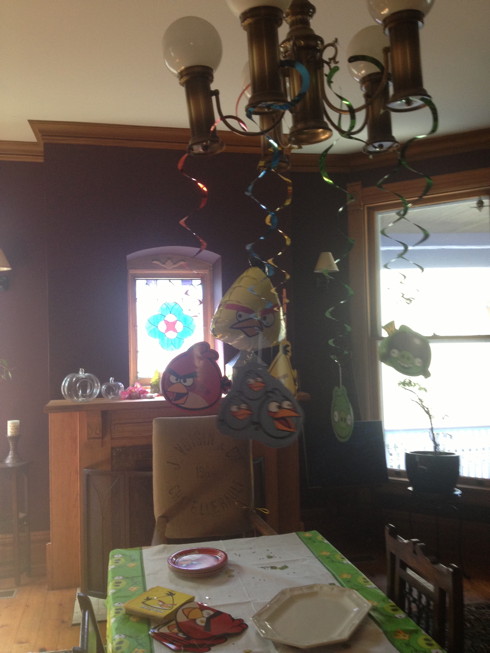 It was hot and breezy, and the little birds and pigs danced around in the wind, very festive. 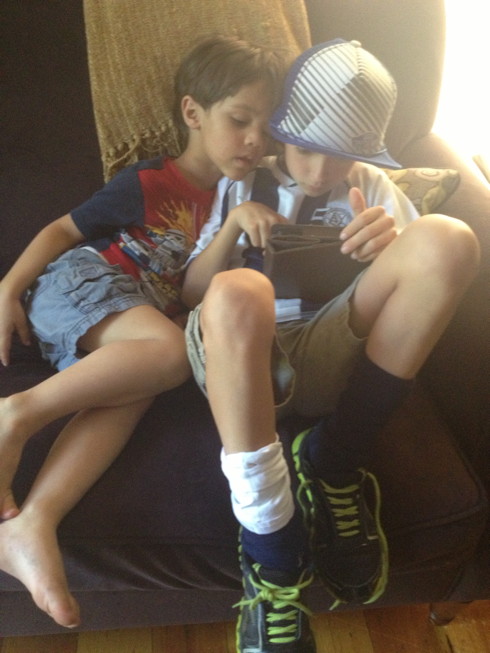 Anand with neighbor Otto, squeezed together into a chair. They might be playing Plants vs. Zombies, which is Anand's new obsession. 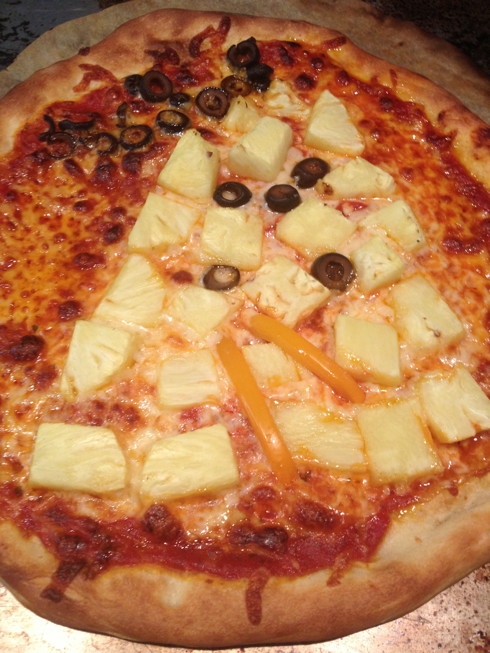 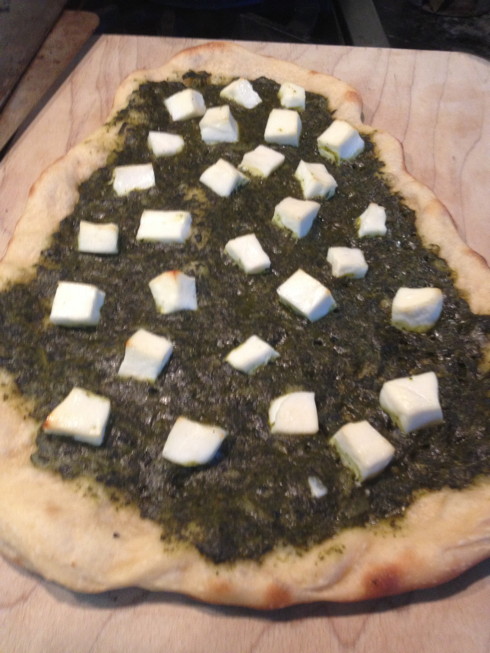 Saag paneer pizza, v. easy if you use the saag in a can and the pre-made paneer. Vegetarian-approved! 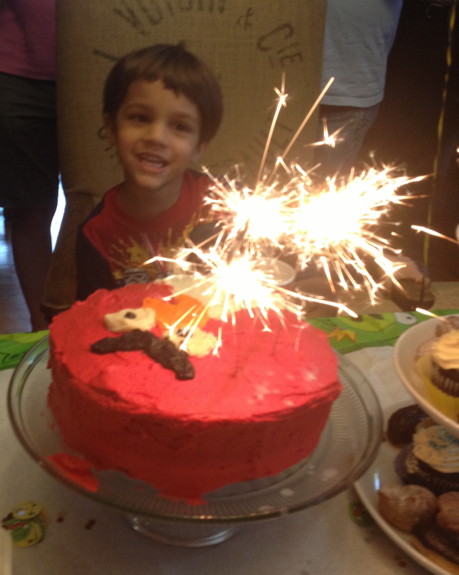 Cake! He was a bit freaked by the sparklers at first... 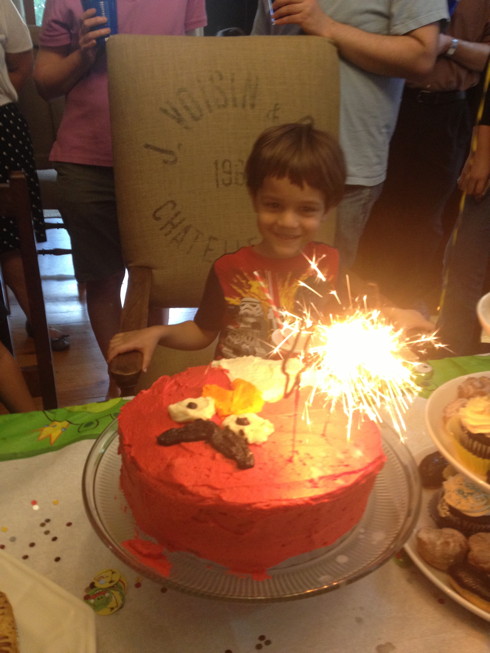 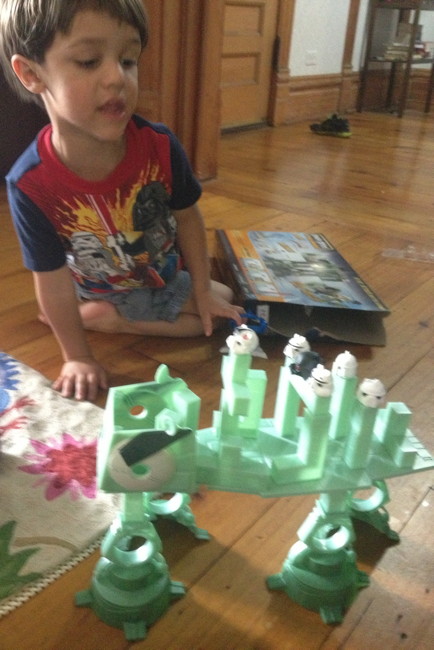 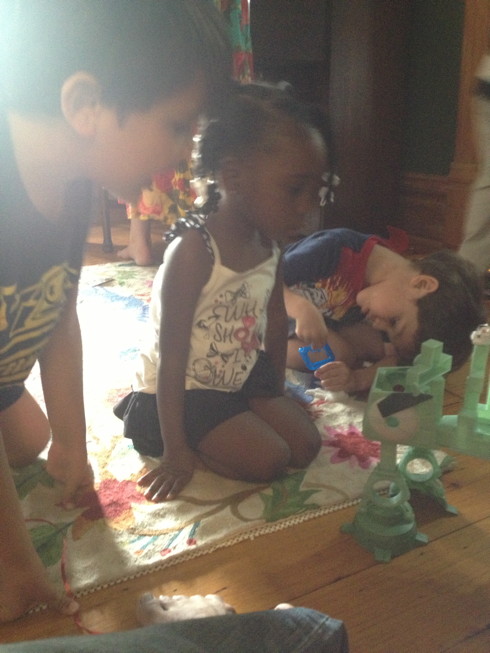 ...very popular with the 4 and under set. That's Griffin (Roshani's son) and Madison (from Anand's preschool). 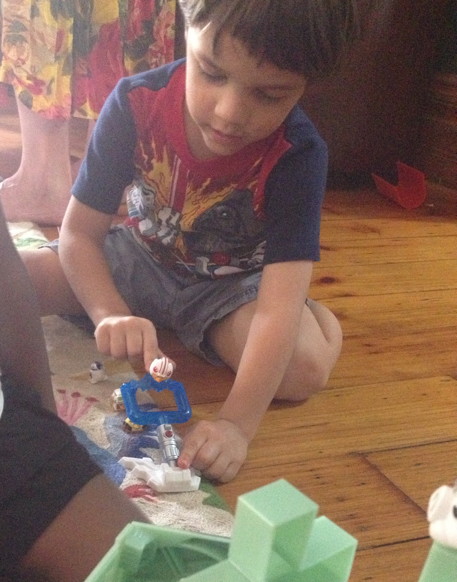 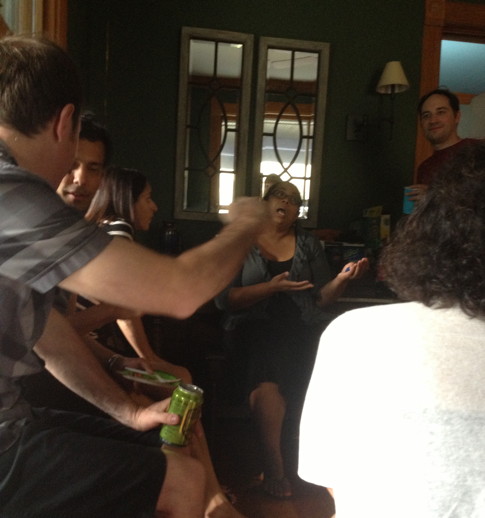 I mostly like this photo because a) crowd of my friends animatedly talking (for hours), b) new mirrors which please me, and c) now that I've put a chaise in the front room, which both I and Fatema are sitting on, people actually congregate there during parties too. Seating. It's a useful thing. Who knew! 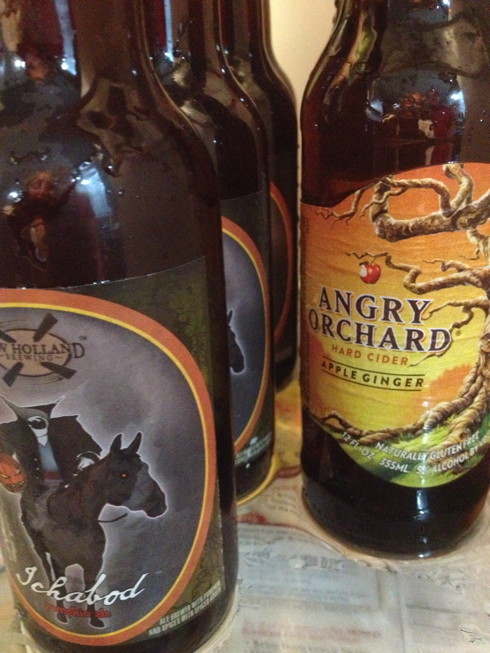 Where do the Angry Birds live? In an Angry Orchard, of course. 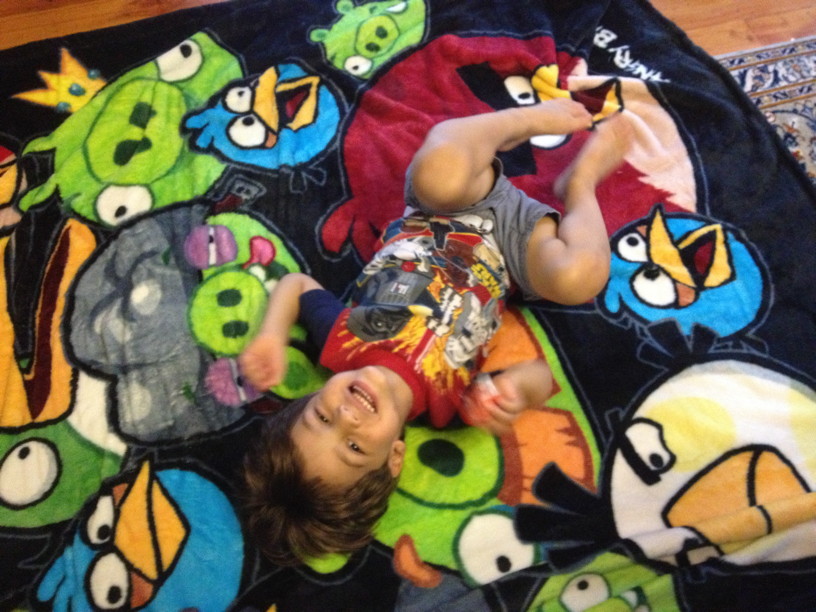 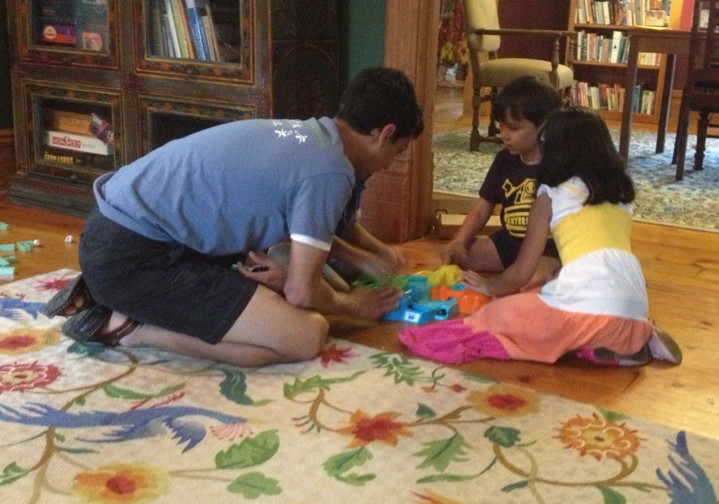 Huzefa gets down on the floor to play Hungry Hungry Hippos with the kids. He did not hold back. It got very fast and very loud! 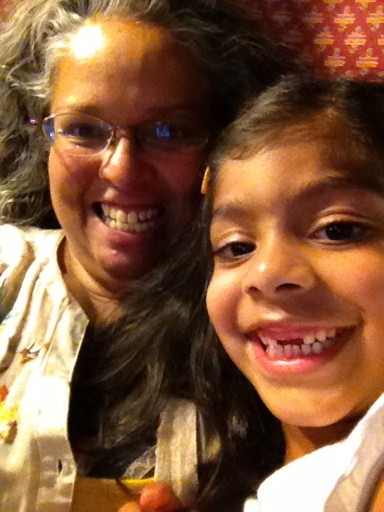 Me and Zoya (Huzefa's daughter), snuggled up on the chaise at the end of the night. 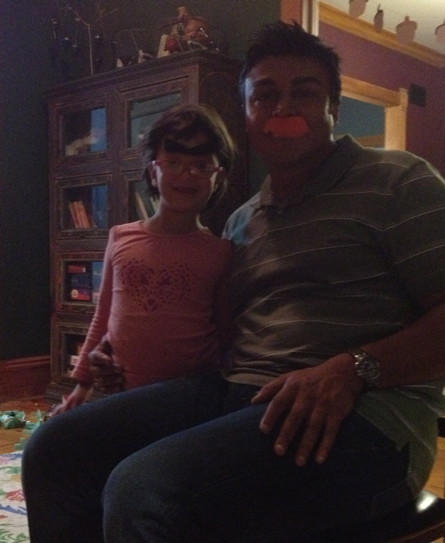 Kavya (with eyebrows) and Manish (with pig mustache). Sorry it's so dim, but it was getting late! And that's the end, folks...