I was a little hesitant about this cake, because Kevin doesn't like eating fondant (and I admit, I kind of agree with him), so we'd decided to go with a buttercream frosting. Which is delicious, but I wasn't sure I could make a recognizable Angry Bird with buttercream. But what the heck -- I decided to give it a go. 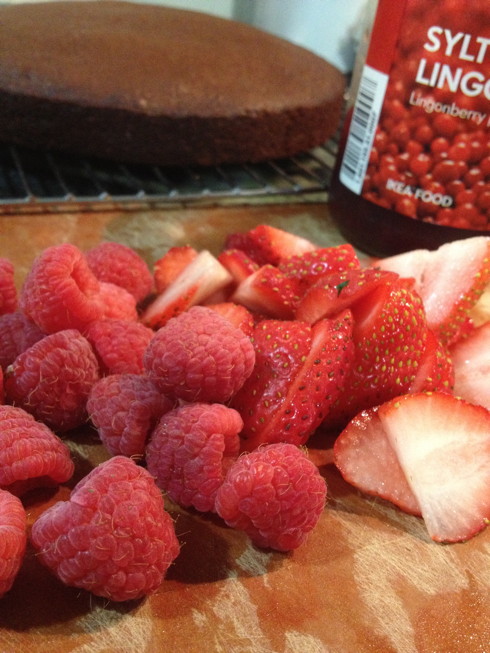 I started with chopping up some strawberries and raspberries, and macerating them for a bit with a few T of lingonberry jam (which is nicely tart). 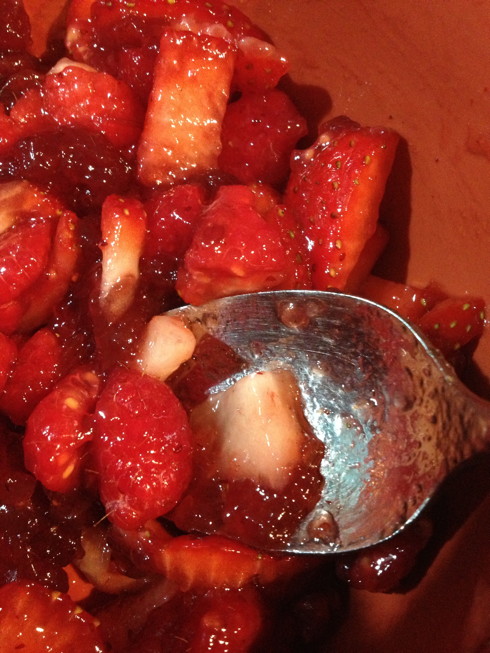 I spread that between the cake layers, and if this were a cake for grown-ups, I'd have added a rich chocolate ganache and called it done. 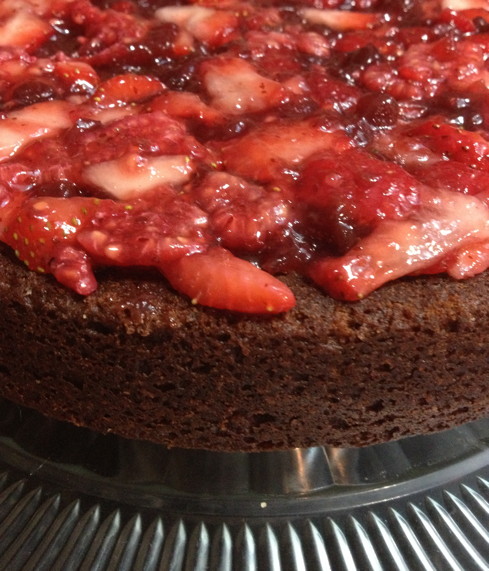 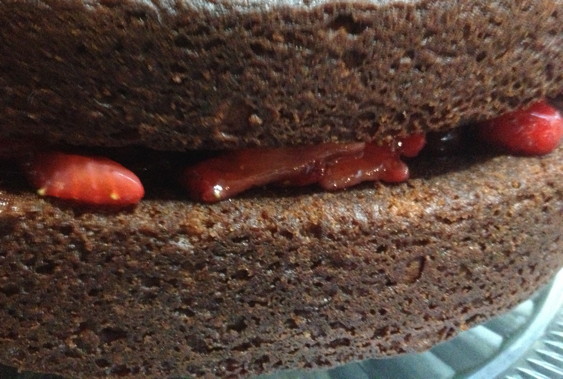 But no. So buttercream it was, dividing it up and dyeing it as needed. 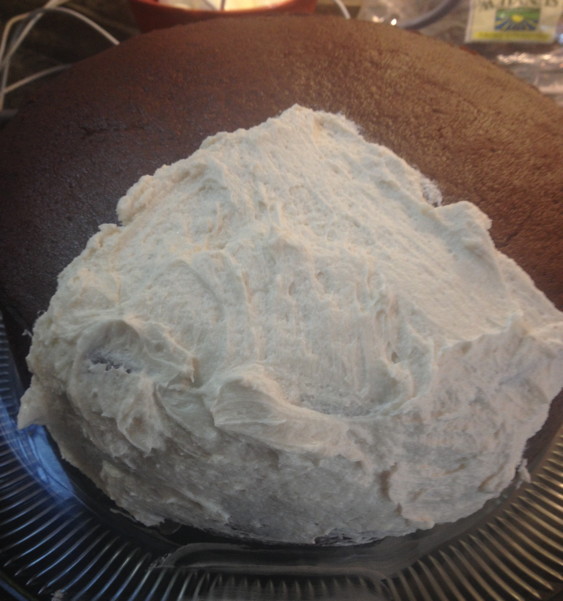 (FYI, to get a real red, I had to use an entire tub, one full ounce, of Wilton's no-taste red -- oof. If food coloring gives you headaches, this is not the cake for you.) 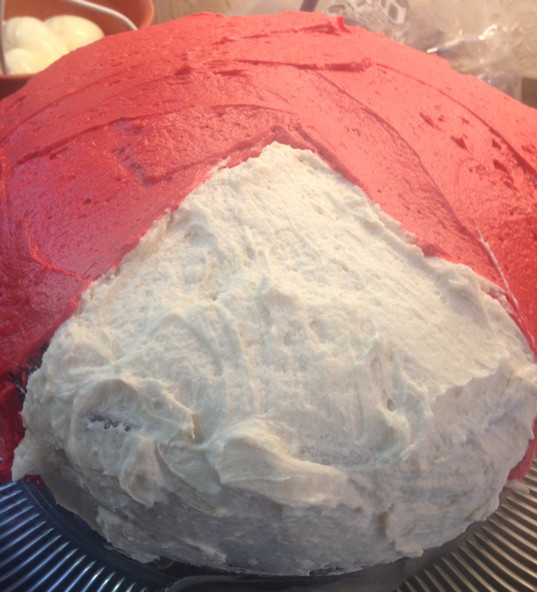 And in the end, it worked fine! I wouldn't call the final result elegant, but Anand was thoroughly delighted and immediately recognized it as the red bird. Which is all that really matters. :-) 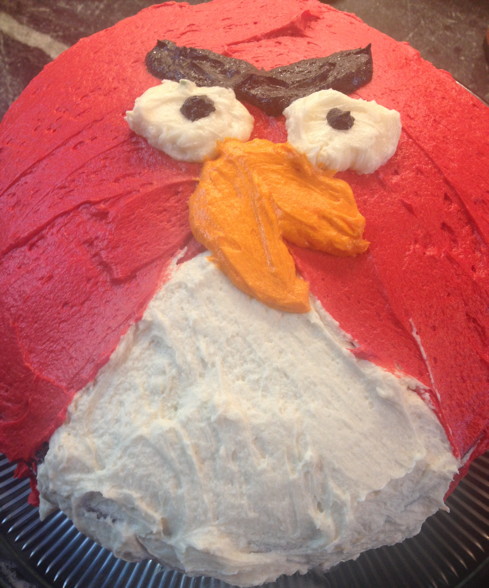