Facebook Instagram Youtube Twitter Patreon Shopping-bag
Menu
John Chu would like everyone to note that he is not Ken Liu, which apparently, various people have had trouble with this WorldCon. As a handy cheat sheet, you can remember that John is bald, and Ken is not. John wrote "The Water Falls on You from Nowhere," Ken wrote "Paper Menagerie." There are other differences between them, but that will do to start. Also see picture below!

After my morning academic panel presentation (went well! only sort of ran out of time!), had lunch with John Chu, Dominick Daunno, Holly McDowell, Jed Hartman, and now settling down for two hours of working with them. There's something about being at a convention that sometimes sparks the desperate urge to write, so if you can squeeze some time out of your schedule, it's well worth it, I think.

We have two more seats at the table, so stop by Sazo's if you want to join us from 1-3. I may even share my bread pudding with caramel bourbon sauce and berries. Or I may not. (Restaurant service is now closed, though, so it's just water for anyone else.) 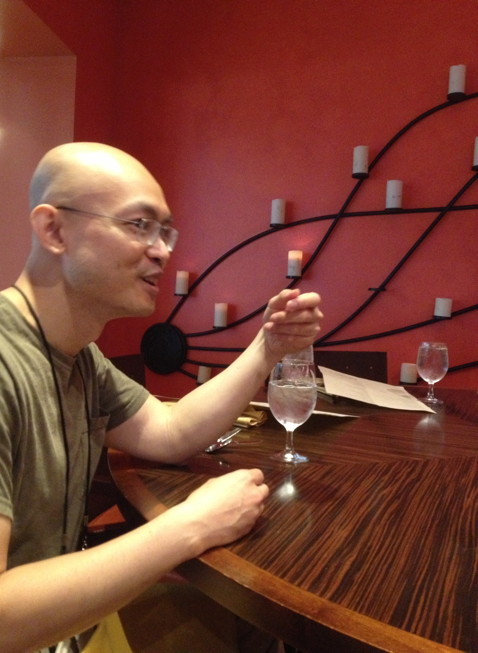 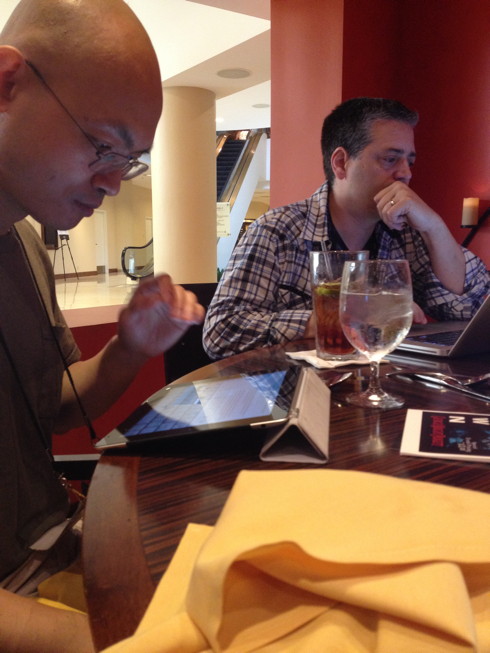 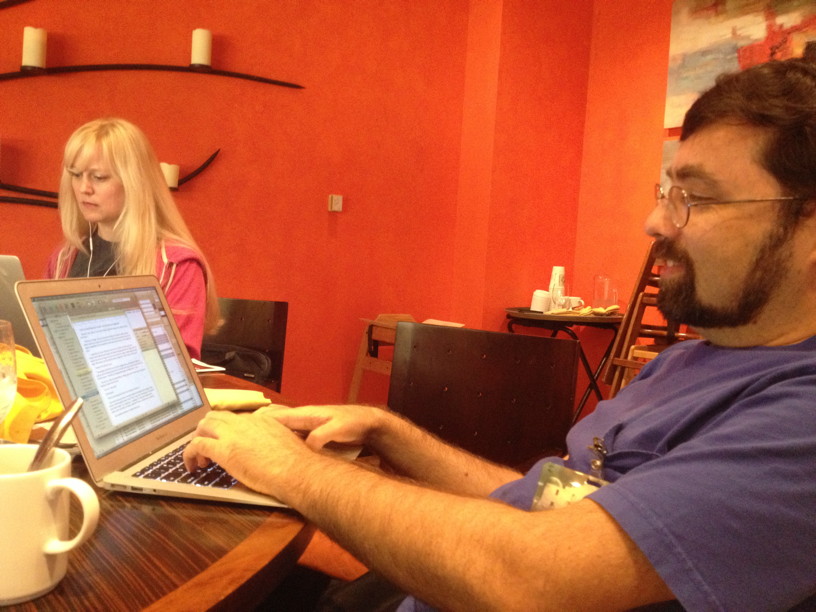