Facebook Instagram Youtube Twitter Patreon Shopping-bag
Menu
Had a lovely morning reading, and then checked in. Jed had an extra Hugo pin, due to some miscommunication, and so loaned it to me after some begging. I admit, while I generally am glad I passed on my Strange Horizons Hugo pin to Susan when I handed over the magazine to her, I do miss it a bit at WorldCons sometimes. :-) So I'm happy to have this one as a stand-in for this convention, and afterwards, Jed can take it back, and presumably send it on to an actual current staff member. 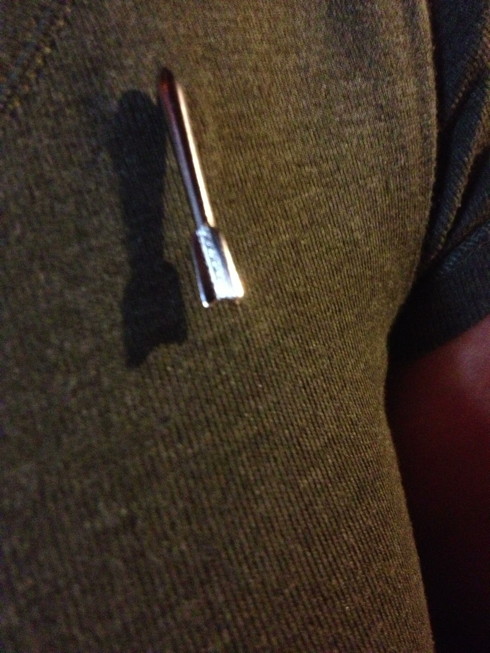 Then a three-hour lunch with Jed Hartman﻿ and Jen Volant﻿. We walked down the riverwalk (really lovely; what a great design San Antonio has done here!), passing various souvenir stands, until we found a restaurant. The glasses of water were twice as big as I've ever seen; I don't know if my photo does them justice, though Jen is trying to demonstrate their size for you. It didn't seem so hot when we were heading over, but by three, whew! The restaurants had turned on their misters -- if you ate outside, you had fans blasting with sprays of water running through them. Perhaps not good for humidity-sensitive hairdos, but great for cooling off from the apparently-standard 100+ heat. I'd like to stress that it was Jen who ordered the fried cheesecake for us to split, out of sheer curiosity. It turns out they wrap it in some kind of pastry and then deep-fry that. It was tasty enough, although it needed a greater cheesecake-to-pastry ratio. Sort of like a crusty, fried blintz. The balsamic strawberries were delicious. 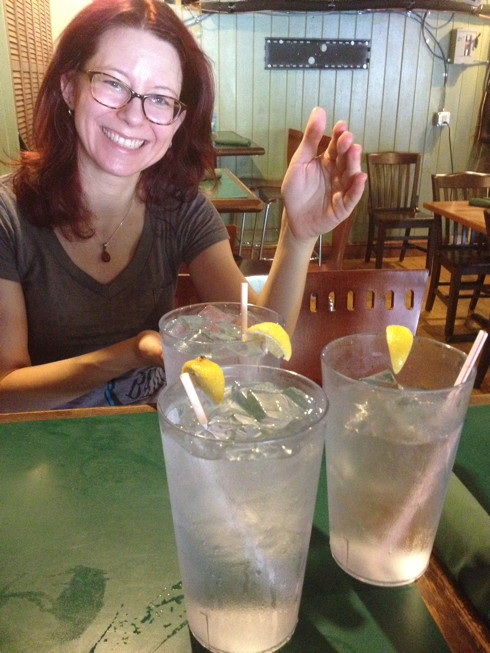 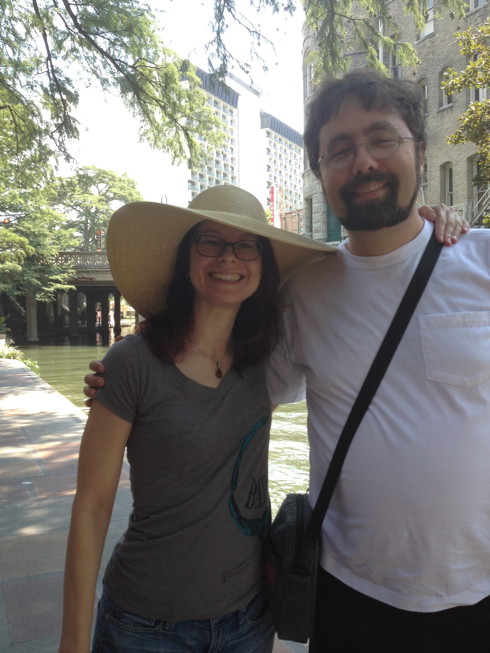 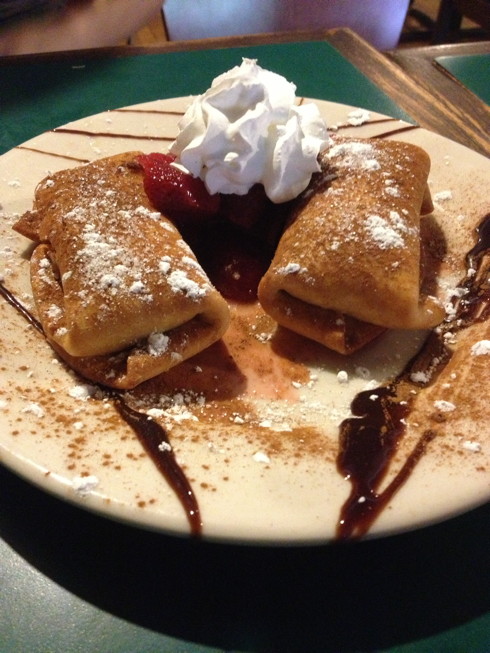 Afterwards, I went to my first panel, where I sat next to Derwin Mak (co-editor of The Dragon and the Stars, an anthology of Chinese diaspora SF), and we expressed our mild confusion that we, of the diaspora, were being asked to speak about Asian SF, of which we knew little. There were some Japanese authors / academics there (from Japan), so that did help. We did our best, and I think as a complete baseline introduction to the field, it was helpful to some of the audience at least. What I found most interesting was when Derwin was talking about the differences in how science fiction evolved in Japan vs. China, under very different post-war political regimes. Fascinating!

Next, I will take the SLF materials and some of my books over to our table in the dealer's room (which I should've done this morning, but completely forgot) that the SLF is sharing with Broad Universe. And then attend Jed's panel "If the Pen is mightier than the Sword, What Have You Stabbed Lately?" on how to bring modern social issues and viewpoints (gay rights, feminism, war, poverty) into SFF literature.

I am not on this panel, but a bunch of cool people are, so I will try to restrain my temptation to 'panel from the audience.' Sometimes when attending panels, I get a little like Hermione -- hand way up in the air, waving frantically. Pick me, pick me!!! Maybe I will sit on my hands this time.