Facebook Instagram Youtube Twitter Patreon Shopping-bag
Menu
Last weekend, Kevin was out of town for his Uncle Rick's funeral. I didn't know Rick well, despite seeing him for a few days at Christmas almost every year for the last twenty-one years. He was a high school teacher, and taught English, so you'd think we'd have a lot in common. He also taught history and Latin, which is pretty impressive. But when he came for Christmas, Rick tended to be fairly quiet.

Uncle Rick was an athlete when he was younger, and loved sports, so over the holidays, there was a fair bit of pleasant hanging out together, watching whatever game was on. Sports not really being my thing, I didn't have much useful conversation there. I think he was quite busy during the school year, so when Rick came to his brother's house, he tended to just rest and relax. Which is, of course, fine, but now I wish I'd gotten to know him a bit better.

Uncle Rick was always very sweet to us. We got him sweaters and stamps for Christmas gifts -- he collected first day covers. Rick usually got us books, or Borders gift cards, which were always very much appreciated. He delighted in buying presents for his grand-nieces, when Kavi and Brooke arrived; among other gifts, he got Kavi _The Lion King_, which she quite adored. 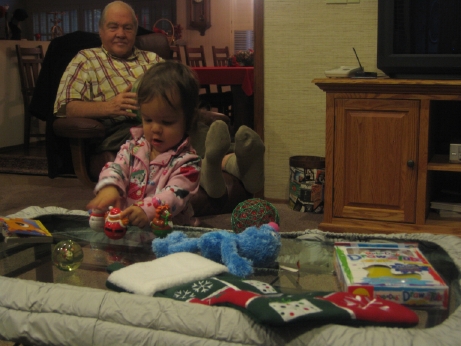 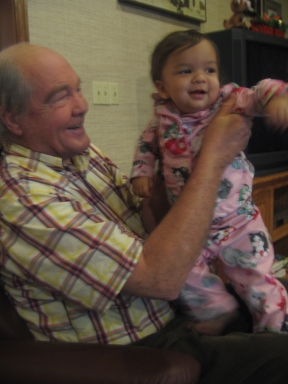 Rick was deeply committed to his students; Kevin was telling me that at the funeral, people were telling charming stories that reflected how Uncle Rick went far above and beyond what one might expect of one's high school teacher. They even named a basketball tournament after him.

Uncle Rick taught at the same school for 41 years; that's dedication. I hope someday I may leave such a legacy of students behind. 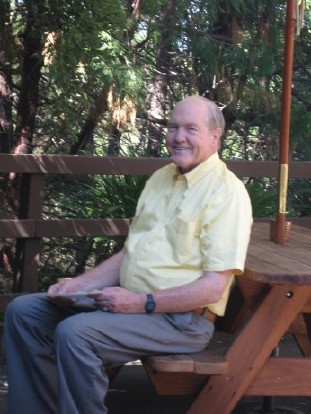 �To laugh often and love much; to win the respect of intelligent persons and the affection of children; to earn the approbation of honest citizens and endure the betrayal of false friends; to appreciate beauty; to find the best in others; to give of one�s self; to leave the world a bit better, whether by a healthy child, a garden patch or a redeemed social condition; to have played and laughed with enthusiasm and sung with exultation; to know even one life has breathed easier because you have lived�this is to have succeeded.�