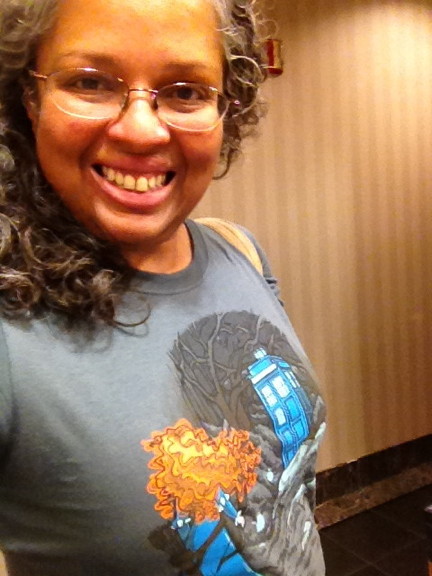 I figured you should see the t-shirt on. My hair was not quite as wild as Merida's. But not bad!

It's a small con, at least on Friday, but I had a good time. Ran into Elise Matthesen on arrival, so we retired to the bar for a cuppa and a natter. There's been some stuff to catch up on, and it was good to get a chance to do so in person. 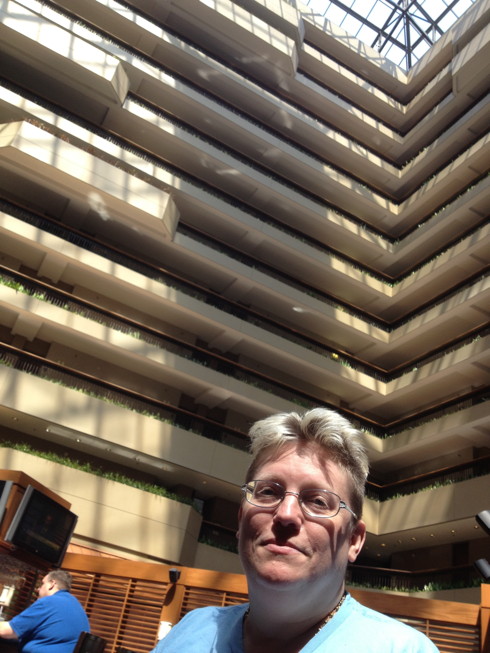 Elise, and the very impressive atrium.

Then I went off to a rug-hooking workshop, and in about five minutes, learned how to hook a rug. That was easy. 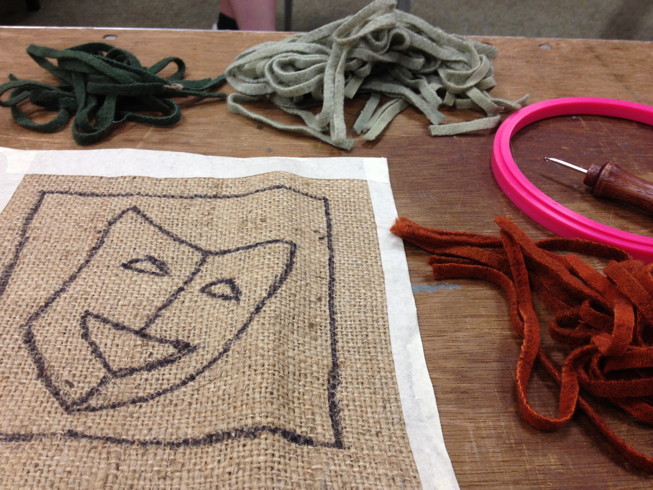 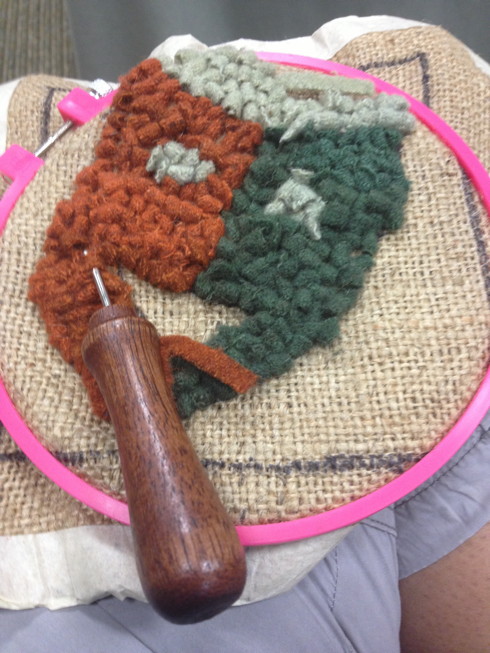 Next presentation was on 3D printing, which was just fascinating. Watched a vase being built in front of my eyes (it took about an hour or so). I came home and asked Kevin if he wanted a 3D printer for his birthday (you can build one for about $500, it turns out), but he said no, that he couldn't use one, really. Which just shows an appalling lack of vision, really. Just think how much useless plastic stuff we could churn out. 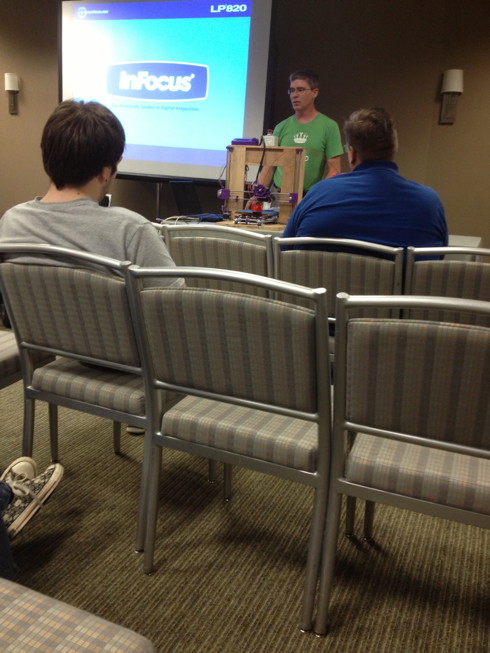 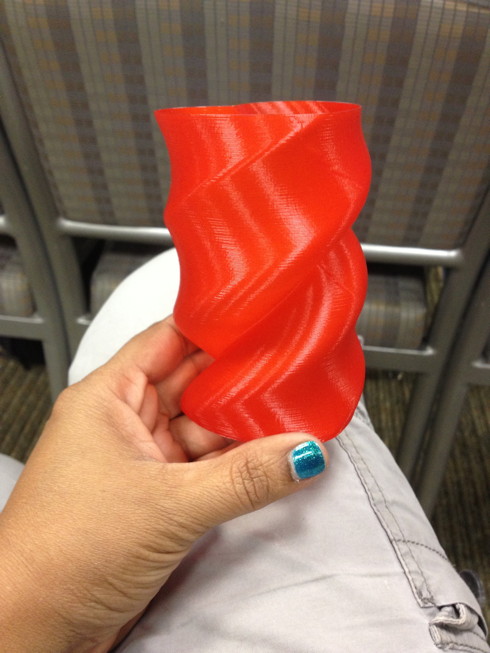 3D printed object, built in front of my eyes. 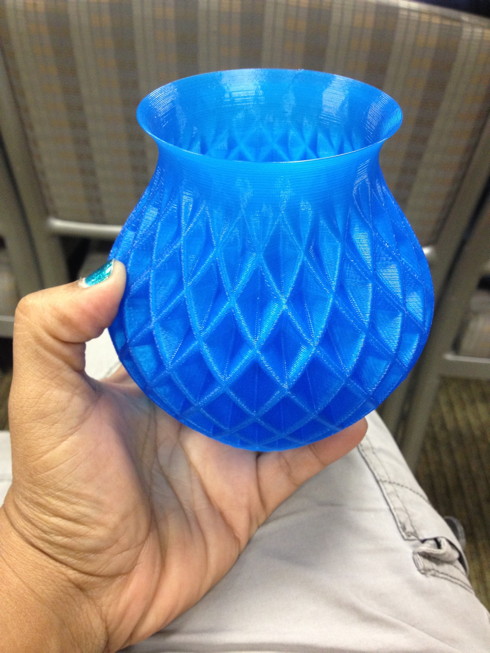 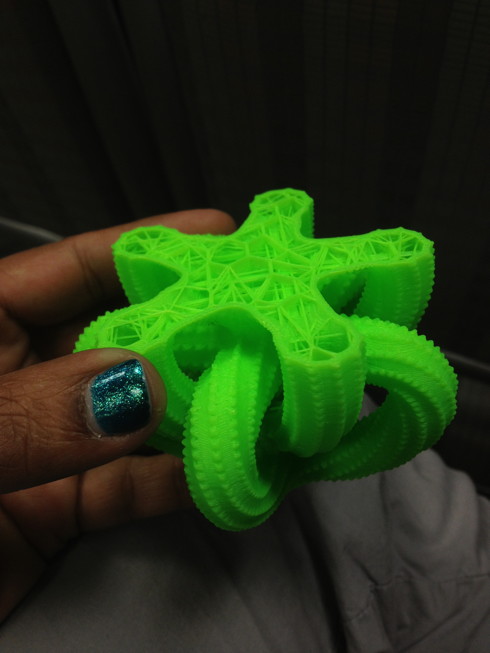 Dinner in the con suite, where I had a gorgeous long talk with Caitlin Jung, a fascinating person, and among other things, a member of Milwaukee Makerspace, which was convenient for me, since I could ask her all sorts of research questions. And then I attended her panel on maker and hackerspaces, which was interesting, especially (to me) for all the differences between them and artist collectives of various sorts.

Wound up the night in the parking lot with Dr. Zeus and the Masters of Lightning, watching Tesla coils do their fabulous lightning thing. Awesome! 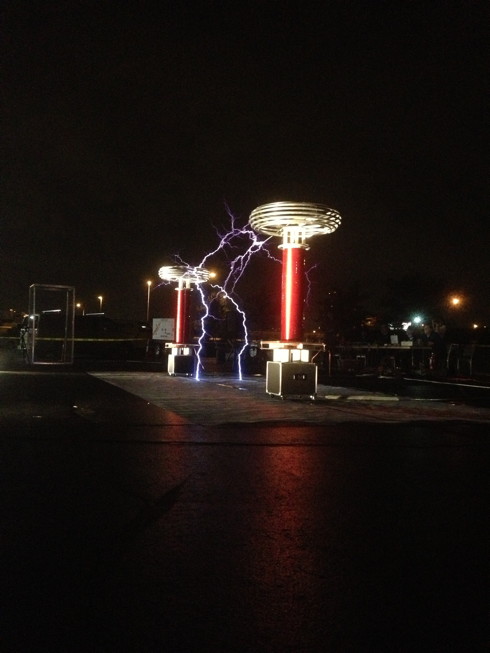 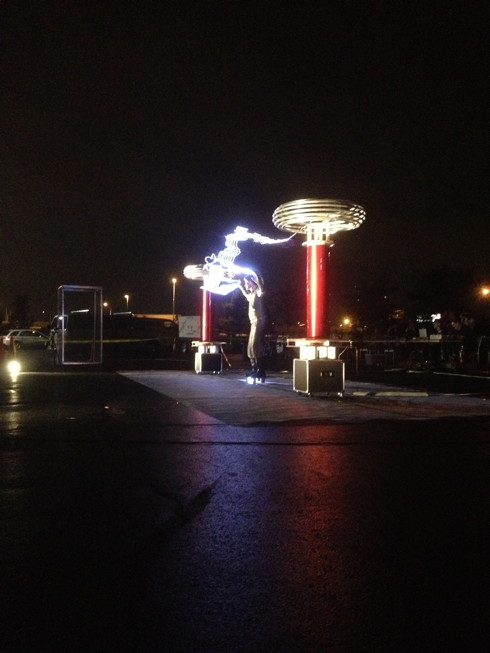 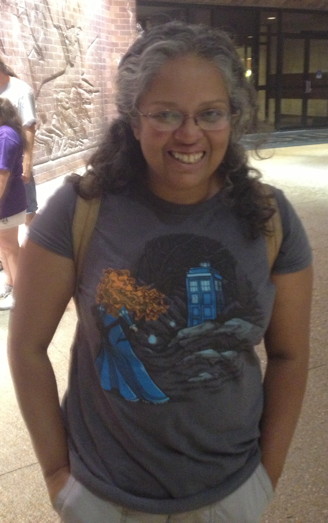