Facebook Instagram Youtube Twitter Patreon Shopping-bag
Menu
Garden in mid-July. Everything's blooming about two weeks later than last year. Also, it was looking very sparse -- mostly just the hydrangeas, with some straggling roses and clematis here and there. So I added a few perennials. It's still looking sparse, but with more color. Which pleases me. 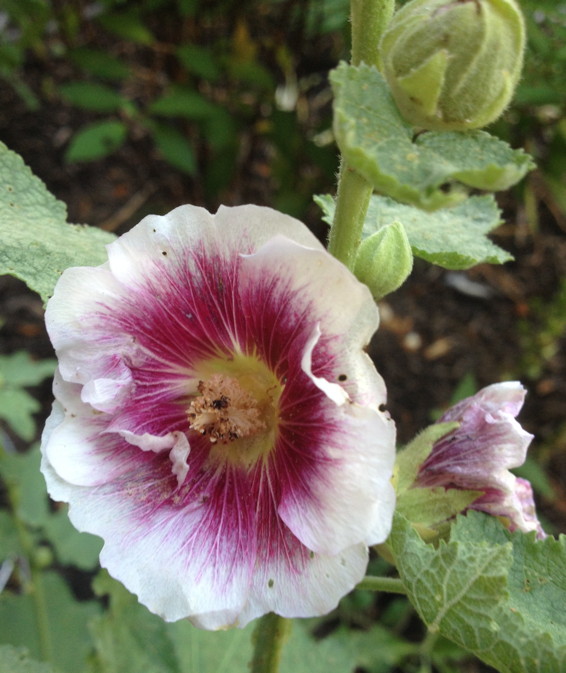 This hollyhock (creme de cassis, I think) came back from last year and just started blooming. I'd like to have a ton of hollyhocks, but my seeds didn't take and I haven't seen any at local garden stores. I guess I'll just keep an eye out for more. 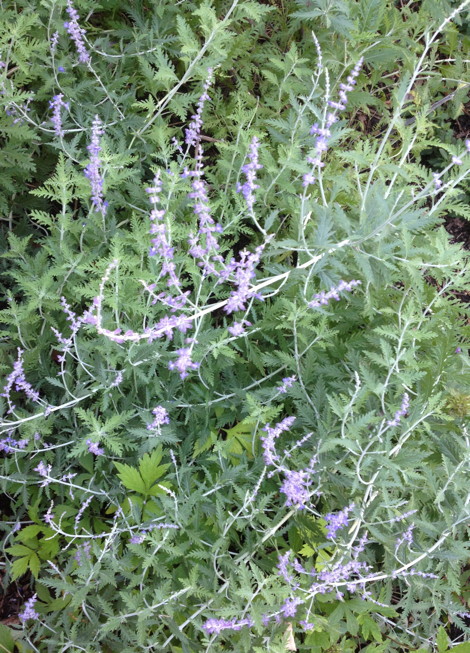 My Russian sage completely fell over, but it's still pretty. Next year, I'm going to prune it hard in the spring, and maybe I'll get the nice big plumes that everyone else seems to have. 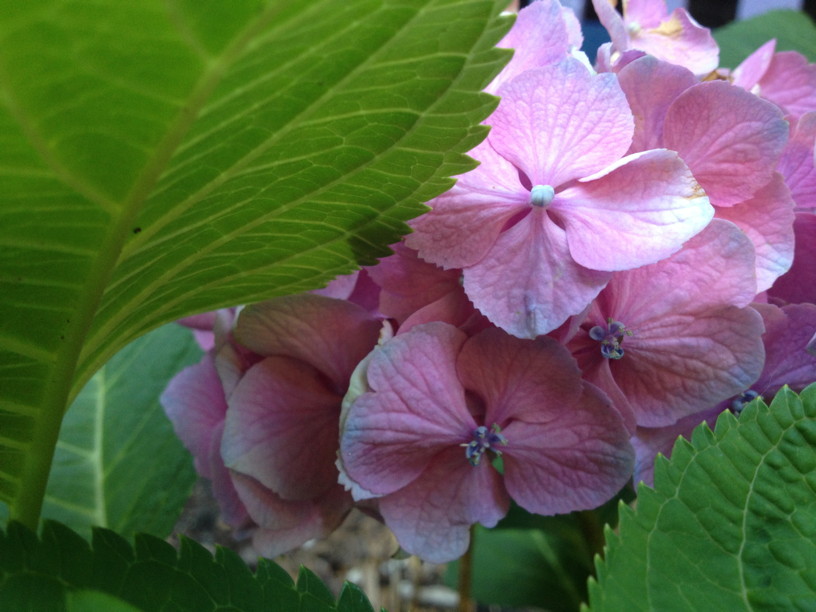 One of the new little hydrangeas. Love it. Although it's either Let's Dance Big Easy or Cityline Mars, and it doesn't look like photos of either. Hm. 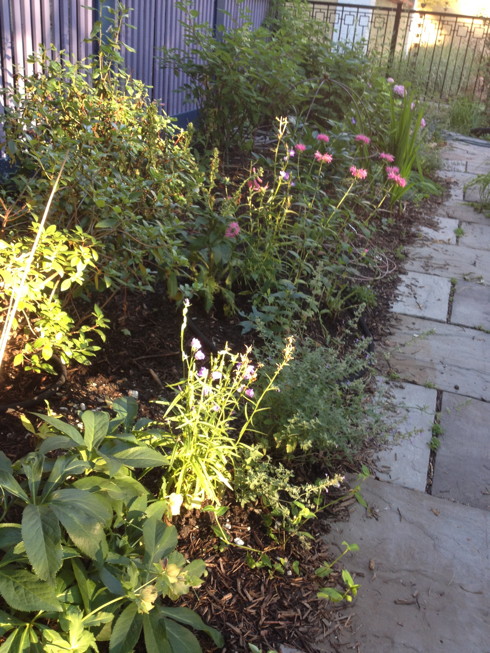 I'm working on making borders full of flowers, in true cottage garden style. It's going to take a while. You can see a bit of pink monarda here, along with some soft blues, nepeta Walker's Low and bellflower. 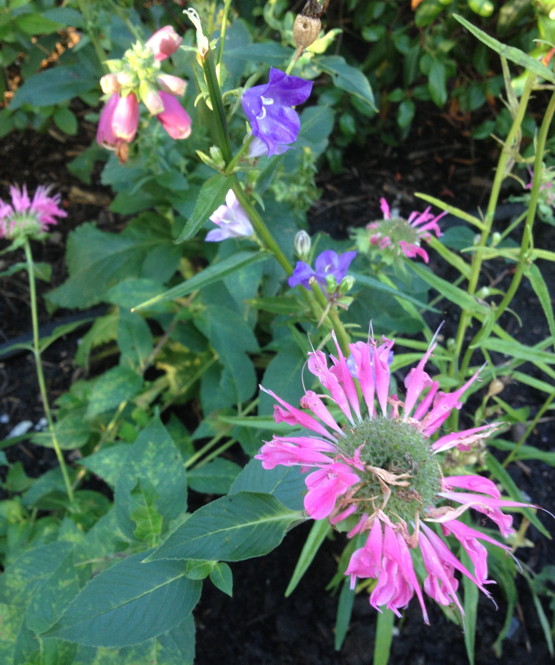 I thought the foxglove were done, but they seem to be doing a second round of blooms -- see buds in top left. All jumbled here with last year's monarda (good addition, v. happy here), and the purple is peachleaf bellflower. 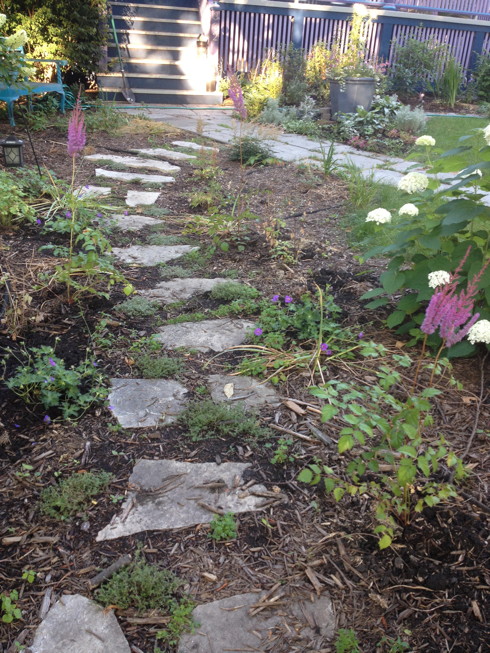 This walk was sadly lacking in flowers. Added Chinese astilbe, aka false spirea, 3-4 feet tall. Also some kind of geranium, which will hopefully make a nice low spreading groundcover, which I'm desperately in need of. 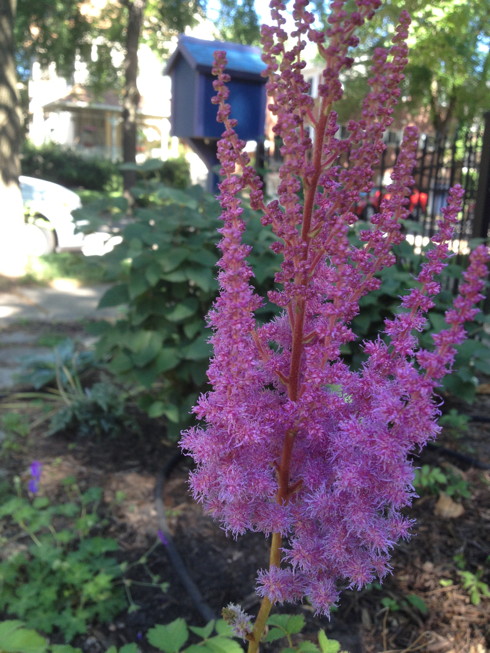 I love seeing my little library behind the Chinese astilbe. This variety is 'Purpurkerze.' Which is kind of fun to say. 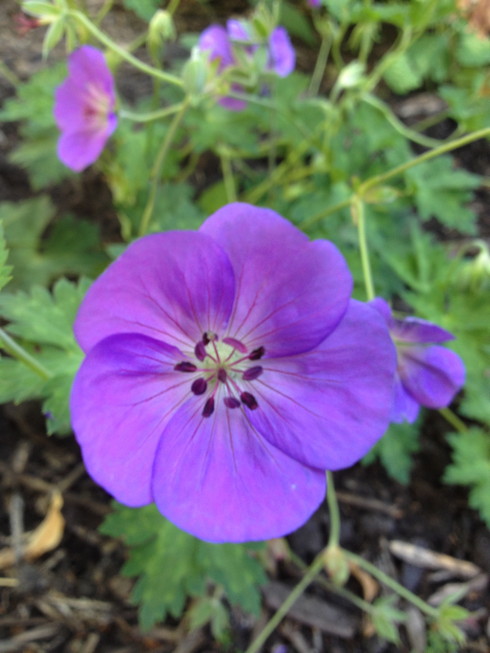 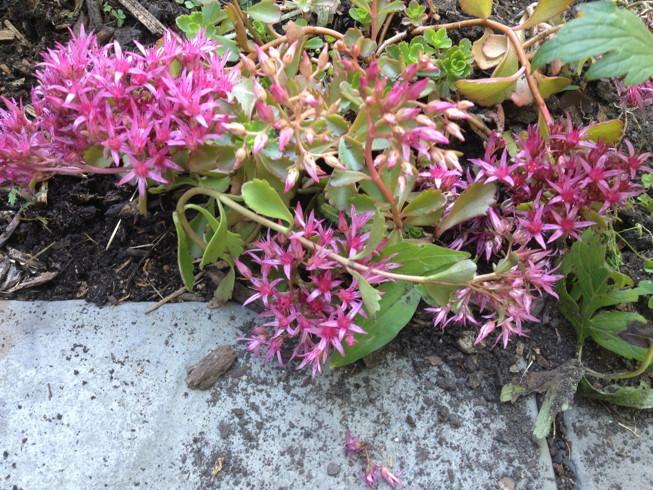 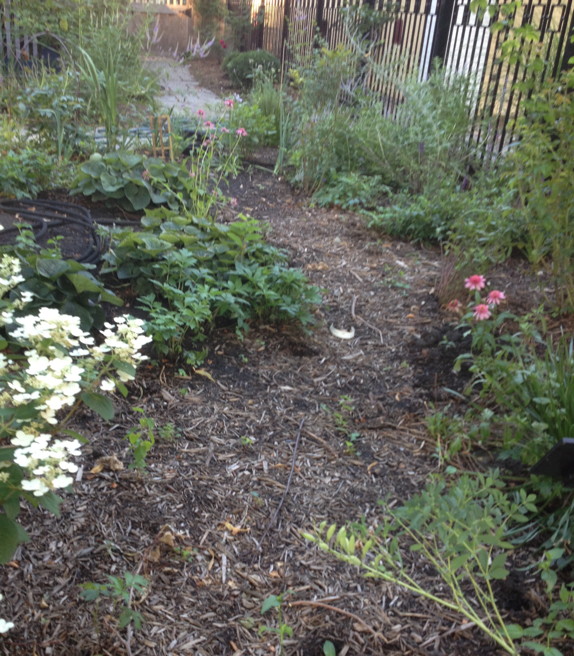 I've been having a hard time figuring out how to work with this large bed. I realized that a path is key. It may just be a mulch path, but it's giving me some much needed structure to work with. I added two pink coneflowers. 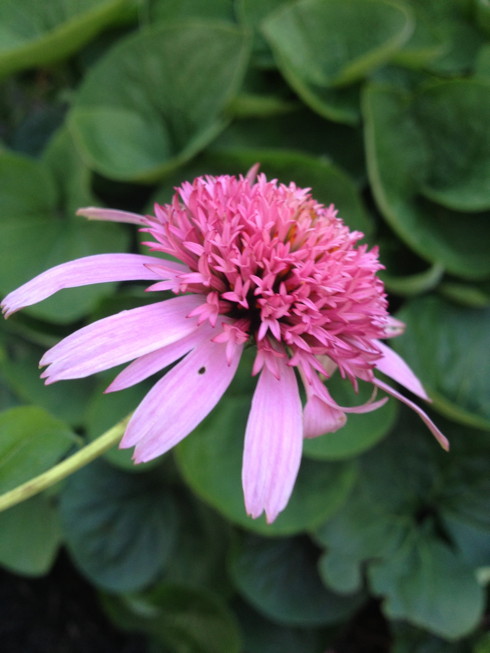 Close-up -- pink double delight coneflower (echinachea purpurea). I'm pretty sure this is a prairie native, and is drought tolerant. 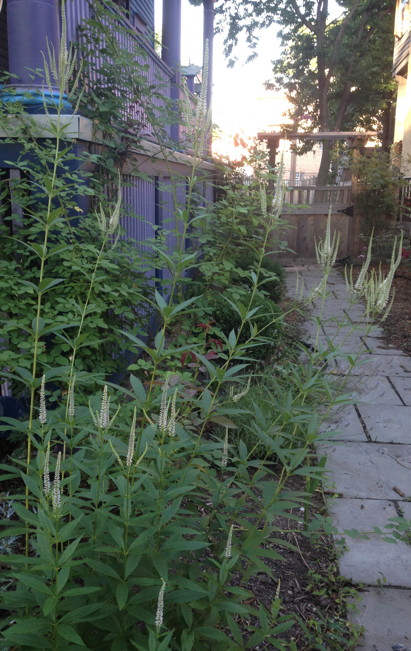 Last year's culver's root has doubled in size, and is clearly very happy. This is what happens when you plant prairie plants in a prairie climate, I guess. The tallest spires are over my head. 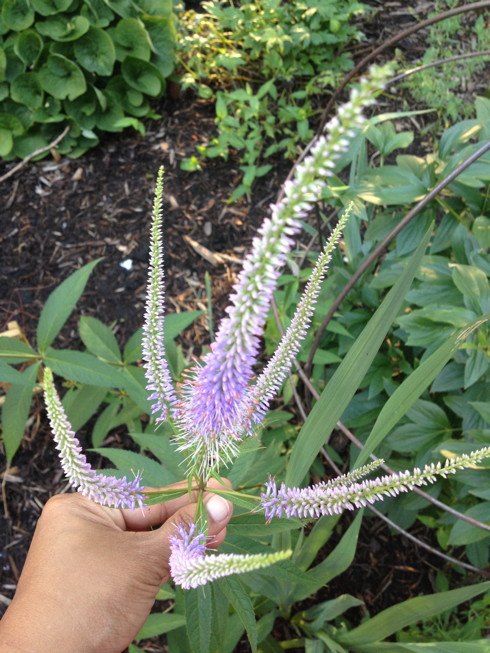 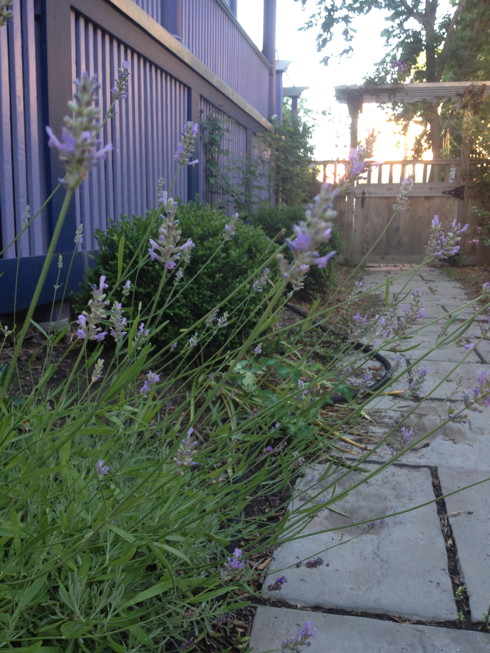 Lavender as the sun goes down.