Facebook Instagram Youtube Twitter Patreon Shopping-bag
Menu
I was thinking about gardening anxiety. One of my neighbors from the apartment building next door stopped me this morning to compliment me on the garden. It's probably at its very best this week -- everything is going wild, from tiny spring bulbs (muscari and fritillary) to daffodils and tulips (Thalia, Ollioules, Passionale and more), to flowering shrubs (viburnum, azalea, rhododendrom), to perennials (bleeding heart, pink and white). It's glorious, although of course, when I look at it, I also see all the things I'd like to change. 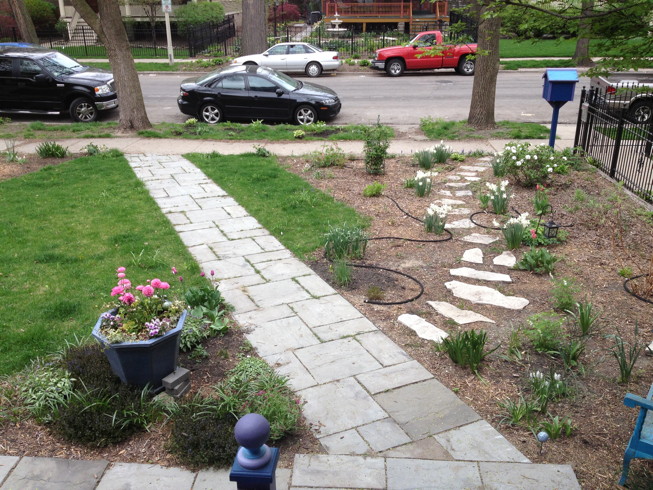 The viburnum is too close to the Thalia -- too much white close together lessens the impact. I'd like to move it, but am worried I'll hurt the shrub in the process. The daffodils along the side somehow got planted way too close to the boxwood, and are growing up basically under it; those need moving too. I need so much more groundcover it's scary. There are a hundred little things wrong with the garden. But my neighbor said it looked beautiful, and said she was thinking of helping her mother put in some plants this weekend for Mother's Day, and asked if you're supposed to take them out of the pots. 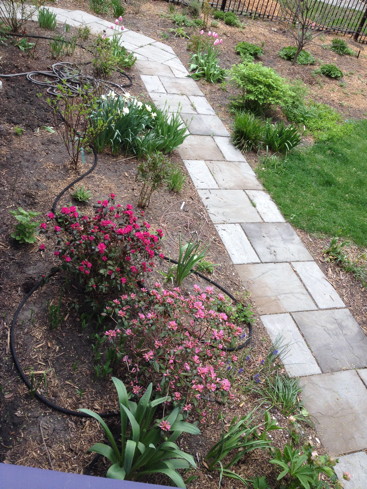 I was honestly confused for a second -- I didn't know what she meant. But she said she didn't know anything about gardening, and just wondered if they're supposed to come out of the pots before they go in the ground. And I said yes -- well, unless it's something like mint, that might take over your whole garden; some people leave that in the pot when they plant it. But mostly, you take them out. She said, even ones like that? pointing to the large viburnum shrub. Its tiny flowers smell really nice, and it's planted close enough to the fence that the aroma drifts over to the apartment building next door. We did that on purpose; I wanted my neighbors to be able to enjoy the garden. It's for me, but it's also meant for them, a gift to the neighborhood. Something to brighten their days. And I said yes, yes, definitely take it out of the pot. 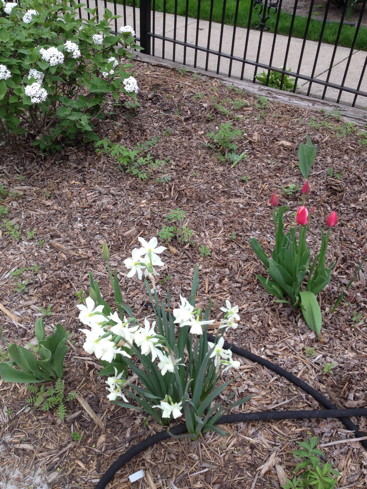 My neighbor went off to work, happy. This Sunday, her mother will have new flowers, flowers that hopefully will come back year after year. And it just reminded me that while I often feel incredibly ignorant about gardening (I was just yesterday fretting about attempting to espalier fruit trees and worrying I would get it wrong and kill the trees), that it's a process, and there are always going to be people who know less than you and people who know more than you and you will make mistakes and that's okay. The important thing is to go out there in the wind and the sunshine and grub about in the dirt. 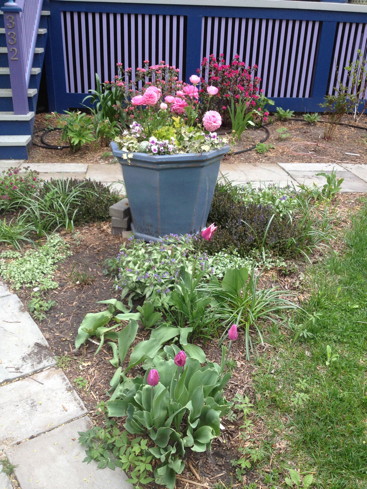 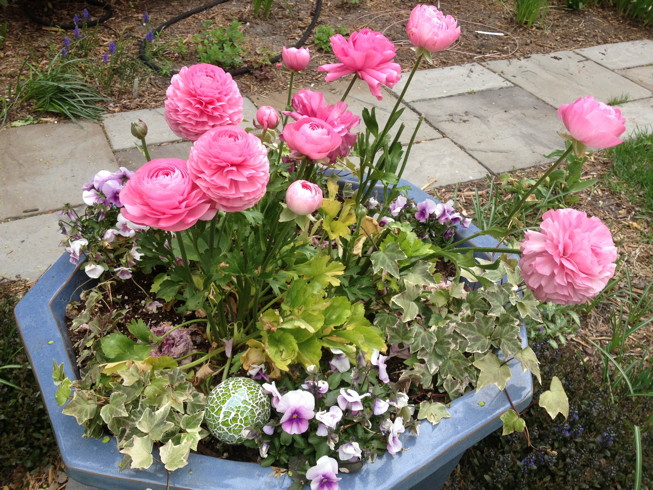 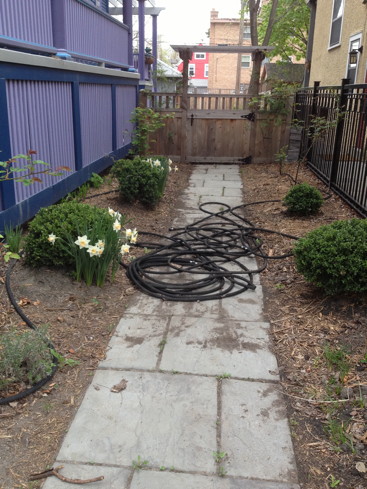 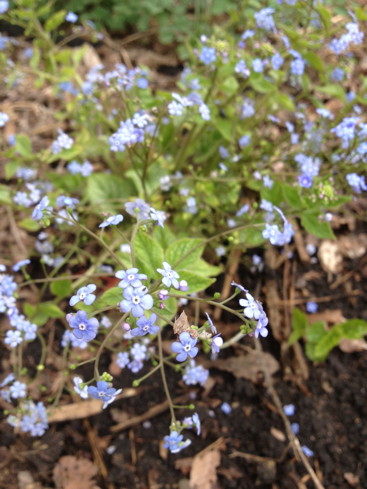