Facebook Instagram Youtube Twitter Patreon Shopping-bag
Menu
Hopefully finishing revisions on The Stars Change this morning, and sending it off to Cecilia. It's a bit nerve-wracking, I have to tell you, finishing a book. I always have this impulse to hang on to it just a little bit longer. Let me change one more little thing -- or rewrite it completely. But on the other hand, I love these characters, and I'm looking forward to sharing them with the world. Maybe it's time to let go.

"He could understand that, the homesickness. Sometimes Gaurav missed his parent-clutch's den fiercely, and the poor efforts he'd made towards reproducing the cave in his standard-issue apartment were revealed for the meager illusion they were. A few grey sheets tacked onto the walls, some red heat lamps, were no substitute for the real thing. Not without the warmth of a body beside you at least, warming your nest. Sometimes, in the darkest nights, Gaurav dragged extra sheets into his bed, molded them into the semblance of a figure, just to have something to hold on to."

Besides, if I never publish the book, y'all won't get to see all of Jack's pretty pictures... 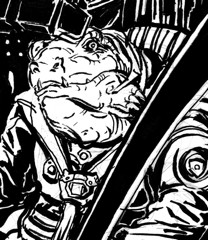